If Apple’s Stuff Doesn’t “Just Work,” What Does? 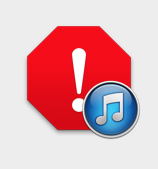 The tech punditocracy is abuzz, talking about this post by Marco Arment, creator of Instapaper, The Magazine, and Overcast, co-host of Accidental Tech Podcast, and who’s probably as famous as an iOS developer can be. It’s a kind of catharsis post, a kind of throwing up of the hands at the myriad problems and unkept promises plaguing the Apple ecosystem.

“The problem seems to be quite simple,” he writes. “They’re doing too much, with unrealistic deadlines.” And the result is a significant decline in the utility of their software and services, and a big increase in frustration. (The hardware, he writes, remains “amazing,” which I largely agree with.) OS X, he says, is “riddled with embarrassing bugs and fundamental regressions.”*

But I want to focus on one part of Arment’s post, which to me was the most damning of Apple.

Apple has completely lost the functional high ground. “It just works” was never completely true, but I don’t think the list of qualifiers and asterisks has ever been longer. We now need to treat Apple’s OS and application releases with the same extreme skepticism and trepidation that conservative Windows IT departments employ.

This has been my experience as well, which is particularly stark given my past as an Apple Store drone and reputation as an Apple evangelist (a well-earned one). But I can’t say with a straight face anymore that Apple’s software is “more intuitive” or that things work “almost seamlessly,” which I used to feel wholeheartedly. I still think that, generally, an iPhone is a better purchase for normals than an Android phone, but I no longer feel confident that the ease of use of Apple’s software and services is a selling point.

But Arment’s assertion begs a question asked by John Gruber, who also has an answer:

If they’ve “lost the functional high ground”, who did they lose it to? I say no one.

And I have a different possible answer: Google. And I’m not talking about Android.

What is more intuitive, more familiar, to the general user than a web browser? The basic tenets of how a web browser works haven’t changed in 20 years. People know how to get their email, browse and share photos, and even do their office work in a web browser. And as time passes, more and more big processes and services are moving from standalone apps to the web. Major apps like Office and Photoshop now have near-fully-fuctioning web versions (while Apple’s web versions of its apps are stunted).

So if a consumer is looking for a hardware/software/service ecosystem that “just works,” the answer might be (and if not today, probably very soon) Chromebooks. I don’t have a lot of first-hand experience using one, but Chrome OS is more or less a web-browser-as-operating-system, where Google and other companies’ cloud services take care of all the storage and synchronization tasks, with little to no effort on the part of the user. Google’s services certainly aren’t foolproof or immune from failure, but they’re reliable enough that one never presumes there will be a problem. With Apple stuff of late, one goes in slightly flinching over what might not work.

And while I don’t include Android here, it can’t be denied that Android’s interconnectedness with Chrome OS gives Android a huge “it just works” leg up on iOS/OS X. Android’s problem is that it’s still too fiddly; too much customization is demanded from a general user. But that’s improving all the time. The back end synchronization is, in my experience, flawless.

In a recent piece at The Next Web, Wojtek Borowicz writes about the future of interfaces for our digital lives, beyond point-and-click and tap-and-swipe, and beyond icons and folders. He prophesies, “The interface of tomorrow will be dominated by cards, notifications and natural language communication.”

To execute this vision, apps and platforms need to leverage intelligence and understand context of the user. The easy part is harvesting all kinds of data we’re providing computer systems with. The hard thing? Structuring this data, making sense of it, and turning it into features that go beyond pushing actionable notifications to the lock screen. The key is tailoring the experience for needs of the particular user. It requires knowledge about users almost on the level of intimacy.

No one is better positioned to do that than Google, whose Google Now and general context awareness is infused into every aspect of its services, while Siri lags behind as a useful but frustratingly limited bonus to owning an iOS device. Whatever happens after the web browser (the current and immediate-future “it just works”), Google alone has the underlying foundation of data and infrastructure to make real the next paradigm. That doesn’t mean they will, but they probably can. Apple could, but it would need to change some core aspects of its philosophy on matters such as privacy, openness to third parties, and perhaps complexity, at least in the short term.

And right now, they don’t seem to have the wherewithal to execute on the current paradigm, so a sea change is quite a ways off.

* For my part, it’s less about the problems with OS X, and more with the marquee Apple apps that run on it. Garageband, iMovie, iPhoto, and the iWork suite have all gotten worse, probably starting their decline around 2008. Just this week on the podcast The Rebound, the fellows get themselves on a track of fondly remembering the way iMovie ’06 worked (and I agree, it was excellent), and how the thinking behind the current generation of apps is mostly incomprehensible.

January 15, 2015 My Deep, Insightful, and Entirely Novel Think-Piece on Living One Day without a Mobile Device
Recent Comments
0 | Leave a Comment
Browse Our Archives
get the latest from
Nonreligious
Sign up for our newsletter
POPULAR AT PATHEOS Nonreligious
1