Now I Wire Me Up to Sleep

You know how when you’ve had a good night’s sleep, you wake up the next morning rested, refreshed, and ready to start your day? Well, I don’t.

In fact, I have never felt this way. Regardless of how many hours of sleep I get, whether I remember dreaming or not, or whether or not I’ve snored, had to go to the bathroom, been interrupted by my kids, or had nothing happen whatsoever, I awake every morning feeling crappy, exhausted, tight, cramped, and less than pleased to be alive. For years, I presumed this is how everyone felt. You know, getting up sucks.

I used to be an incurable insomniac. Most of my life, I’ve been a severe night owl, unable to sleep at a decent hour even if I wanted to, even if I was very tired. My brain, unable to shut itself down with worries, anxieties, and maybe a hope or wish or two, would churn and churn, keeping my lying awake.

This started changing when I moved from a career in theatre to one in politics and the nonprofit do-gooder world – getting up at 4am every morning to begin The Note at ABC News or getting to the Hillary Clinton campaign headquarters in time to monitor six morning news shows at once are sure-fire ways to make one too exhausted to indulge in insomnia. By the time I had kids who daily woke us up at ungodly hours, insomnia stopped being a problem. I still stay up kind of late (having a battle with sleep), later than my wife certainly, but once I’m sleepy, that’s it, I fall asleep.

But again, regardless of the duration of that sleep, I feel like garbage every morning. My wife and my doctor agreed, it was time for me to get a sleep study done.

For those who don’t know what this entails, it’s where you sleep in a room for a night, monitored by a technician, who uses various wires to track your various biological readings, and also just watches you as you do whatever it is you do while sleeping; tossing and turning, snoring, etc. Fine, I thought, at least it’d be a night of peace to myself.

At first, however, my insurance company wouldn’t approve a full study. Instead, they merely approved an at-home test where I stuck some tubes to my nose and a pulse monitor on my finger to see if I stopped breathing overnight. I didn’t stop breathing. Nothing else learned, of course.

So after being pressed by my sleep specialist, the insurer capitulated and agreed to cover the full in-lab study. It would still be very expensive for us, going toward our deductible, and I was ready to nix the whole thing, but my wife Jess insisted that it was worth it. I, too, capitulated.

This all took months, I should note. Because we have the greatest health care system in the world, you see.

I showed up at the clinic at about 9pm with my pajamas, a book, my phone, and other necessaries. The sleep technician was a middle-aged fellow, short (my height), stocky, gray-bearded, and donned in light blue scrubs. He greeted me brusquely at the door, and hurriedly pointed me to my room, which was a kind of cross between an exam room and an inexpensive hotel room. There was the bed, the TV, a sink, towels and toothbrush, and other medical-looking objects I couldn’t identify. I dropped my stuff, and filled out the forms the tech instructed me to.

Turned out the tech was managing several sleep tests at once, and this is the usual way of things. When he finally returned to get me situated, he was actually quite friendly and down to earth.

The long and the short of it was that once I was changed into pajamas with teeth brushed and other bedtime rituals completed, it was time to wire up. Several electrodes were strung about my body underneath my clothes, and some cold, reddish goo (I think he called it “liquid sandpaper”?) was roughly applied to where they’d be stuck. The electrodes pinched quite uncomfortably, but I got used to it after a while.

I should state here that it seemed that one was more or less expected to watch cable TV while all this was going on, because the wiring took quite a while, and there was also a lot of waiting around while the sleep tech attended to other patients. I haven’t had cable in years, and being exposed to its buffet of offal was slightly horrifying. No wonder this civilization’s in the shitter. Anyway, I eventually found, and left on, a block of Law & Order reruns.

The tech came back and began to wire up my head and face. There was the goo, except more of it in order to get the electrodes to stick to my scalp through my hair. I also had the tube-thing placed to my nose again and the pulse monitor on my finger. I was utterly streaming with wires, it was absurd sight to behold. I’d be tethered to a box to which all the wires were connected, which was itself hung next to my pillow by the bed. I’d have a range of movement of a couple of feet or so, enough to move around in my sleep, but not to leave the room. If I’d need to use the bathroom during the night, I’d have to call in the tech to unhook me, and then hook me back in. (I didn’t, thankfully.)

Once wired, the tech left the room and then ran some tests, speaking to me through an intercom, asking me to breath in different ways and move different body parts, probably checking to see that he was able to monitor all he was supposed to. Then, he more or less told me to do what I liked until about 11 or 11:30, and then hit the hay.

I turned off Law & Order, read a little Treasure Island on my phone, and then decided to just get this whole thing started. Off went the phone, and I “went to bed.”

Now, I should say that before all of this, other folks I’ve known who’ve had sleep studies told me how the whole experience was overall a pleasant one, that the wires and things didn’t impede sleep, and that the overall atmosphere lent itself to a quick trip to slumber.

Remember the old insomnia? It was back, with a vengeance. My brain was on overdrive, crunching on myriad miscellaneous problems, anxieties, and regrets. The electrodes began to feel pinchy again, and the tangle of wires made it very difficult to find a comfortable position, obstructing some of my usual postures. Twice the tech had to come in and replace some that had come off in the midst of my writhings. I was too hot, I was too cold, I was too cramped, and on and on.

I also kept worrying about how my inability to sleep would affect the study, and was constantly aware that every sigh I made, every positional adjustment I attempted, and every snore or sound a made would witnessed and noted by the tech.

I knew I had to get this under control and get at least a modicum of sleep, or this would all be for naught. I decided to choose a favorite album and imagine it playing from start to finish. As best I could, I played in real time Ben Folds’ Rockin’ the Suburbs, all in my head. When I lost track of the songs and drifted to other sleep-impeding thoughts, I’d go back to the album. It helped.

But it wasn’t a cure. I still struggled to get comfortable, to stop thinking, to manage the rat’s nest of wires. It seemed like hours were passing, but of course I couldn’t know for sure. I must have drifted in an out of sleep many times, having no concept of the actual passage of time.

Finally, when the tech came back in to get me up at 5am, I could hardly believe the entire night had passed. I felt truly awful and exhausted. My first words to the tech when he came in were, “Holy crap.” At the very least, I was given some coffee from a Keurig machine. It was awful, but it was coffee. I changed, filled out another couple of forms, and trudged out into the dark morning, where, of course, it was snowing. Again.

I’ll know something about the results of my study in the next few days, I’m told. I hope it reveals something, anything that will improve my well-being and justify the expense and overall unpleasantness of this whole experience.

I’m told that it could be that one thing that could happen is that they may want to try CPAP (continuous positive airway pressure) machine at some point. That would mean another night of sleep-study, but with the CPAP mask added to the mix. We don’t know yet.

I’m so excited I may lose sleep over it. 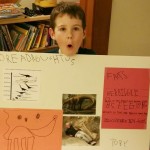 March 16, 2015 Mars One is Amway-Meets-Heaven's Gate
Recent Comments
0 | Leave a Comment
"I know this is an old post....but I absolutely HATE my mac....much of it has ..."
annab Photo Management on the Mac Just ..."
"You sound like my son. I've loaned him a bunch of comics from the '60's ..."
Bob Jase Stuck Outside of the Comic Books ..."
"I always thought that Wells, otherwise a smart cookie, missed on the whole microbe thing ..."
Diamond Mike The Martians’ Singularity: Thoughts on “The ..."
"I feel your pain. I have always been an avid reader but a late entrant ..."
Mark in Ohio Stuck Outside of the Comic Books ..."
Browse Our Archives
get the latest from
Nonreligious
Sign up for our newsletter
POPULAR AT PATHEOS Nonreligious
1