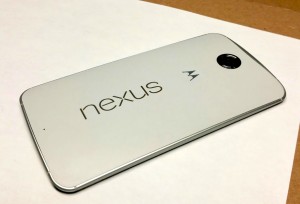 The other day, I wrote that I felt the Nexus 6 was not the premium piece of hardware it has been billed as. I called it “chintzy,” citing issues with the camera, battery, and more than anything else, heat.

I have on a couple of occasions called the Galaxy Note 4 the best phone available (that I know of), due to its amazing display, powerful innards, removable battery, great battery life, expandable storage, excellent stylus, and almost unsurpassed camera.

And despite all this, I can’t bring myself to stick with the Note 4, and I’m instead – finally – ending my phone quest with the Nexus 6. What the hell is going on?

I should say that since my tantrum about the Nexus, I checked in with some smart folks on Google+, and generally got the sense that I wasn’t giving the phone enough time. And I have to say, they were right. Yes, it’s still warmer than I want it to be, and the battery isn’t as good as the Note’s, but the warmth is now tolerable, and the device is now becoming undeniably compelling to me again — which I suppose is why I keep coming back to try it again and again.

A couple of days ago, I wrote about the irrational feelings of affection one can have for a piece of technology. (It doesn’t have to be technology, of course. Humans feel affection for all sorts of inanimate objects, but for some reason I think there’s an alienation people feel when they think about affection for something like a smartphone as opposed to something like an old book or tchotchke of some kind.) I talked about how the actual capabilities of a given device do not necessarily translate to attachment. I was thinking of the Nexus vs. Note comparison, among other examples, when I wrote it, but it’s applied to all manner of device categories in my life, especially since I became a Mac user, when the question of raw utility versus “style” or “design” really came into focus for me for the first time. 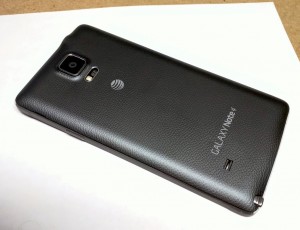 I remember how I described my choice to move to the Mac from Windows to people back in 2004, when doing so was still kind of a weird, niche thing. I said that the 12″ Powerbook I’d settled on drew me to use it. I wanted to spend more time writing blog posts and recording music, and I therefore wanted a computer that would make me want to do those things more. I wanted my machine to feel inviting; not just a means to an end, but a joyful part of the experience. So despite the limitations I may have run into, I was delighted with my choice. I never looked back.

The Note 4 is an amazing piece of technology, a real milestone in function and power. But it is by no means inviting. It’s not unattractive. In fact it’s rather striking, a very serious-looking bit of power-user hardware. Almost sleek, but also business-like, like it belongs in a Fortune 500 board room. But I am not drawn to it, other than by my default to be drawn to the screen in my hand.

The Nexus 6, in contrast, is simply lovely, particularly the white one. Tastefully sloped and curved, it sits happily in my palm, with enough of a border around the screen for me to grip its bezels (which you can’t do on a Note because of its annoying capacitive buttons). It runs stock Lollipop unburdened by Samsung cruft, and does so more smoothly with far fewer instances of lag or stuttering. Its display is only 0.26 inches bigger than the Note’s, and yet somehow, because of that slight difference, it is much more immersive and, well, inviting. I am drawn to use it.

(Seriously, you’d be amazed what a difference that tiny difference in screen size makes. When I’m reading a book or a comic, doing so on the Note feels like reading off a very large phone, which is nice, while reading off the Nexus feels like reading, well, a book or a comic, which is fantastic. The feeling of “I’m staring at a phone” disappears and becomes “I’m reading a book.” To me that’s a tremendous value.)

I think that the feeling of being drawn to the Nexus 6 is part of what makes the heat issue so aggravating for me. It’s like the device is asking me to use it, a lot, but then gets tetchy and demands to be put down again. (One of the things recommended to me from my Google+ inquiries was that within a few days of use the heat becomes less of an issue, though I have no idea why this would be other than these Nexus 6 owners simply getting used to it, or some kind of confirmation bias, which might wind up being the case for me as well.) The Note gets warm as well, of course, though not quite as easily, but it doesn’t bother me in the same way. Perhaps this is because I feel generally more ambivalent about it as an object. I’m not attached to it, so it doesn’t affect me when it becomes less comfortable. It was never “comfortable” to begin with.

The Nexus 6 is a flawed device. A so-so camera, a so-so battery, and other quirks. I was all but ready to click the submit button on Swappa to sell it in order to forego those flaws in favor of the superior-on-paper phone. But I couldn’t pull the trigger. One phone may be better in terms of what it technically offers, but the other seems to just suit me. It’s time to find a buyer for the Note.

The Nexus 6 feels like, for better and worse, my device. The Note 4 feels like I’m borrowing someone else’s, someone who is nothing like me. I think I will expend less energy and anxiety if I just accept all of this, and finally, finally, begin to obsess over something else.

Update, May 27: You know, the Nexus 6’s heat was manageable for a time, and then the summer weather started kicking in. Now it feels like it’s always freshly out of the microwave no matter what I’m doing. So much for the right device! Maybe I should have stuck with my first true love.

April 23, 2015 Dr. Oz, Disinfected by Sunshine
Recent Comments
0 | Leave a Comment
Browse Our Archives
get the latest from
Nonreligious
Sign up for our newsletter
POPULAR AT PATHEOS Nonreligious
1