When I first visited Maine with my then-bride-to-be, Memére filled me in on a lot of the family history, though she probably had little idea who I was as she talked. She was my wife Jessica’s grandmother, but she was suffering from Alzheimer’s, so it took her a little longer to understand what the hell this new person in her life was doing talking to her in her home.

Memére opened her home to us, a couple of years after Jess and I were married, when two assailants beat me near to death in the streets of Washington, D.C., and we had decided to suddenly pick up and leave to start a new life with our baby boy in Maine. That would not have been possible had Memére not let us live in her home, all three of us, for what became a half a year. She likely had less of an idea of what she was agreeing to than one might like, given how her Alzheimer’s was advancing, but the whole clan was behind our planned migration. And Memére was great about it.

Lorraine Boutet died last night at the age of 88, finally through with the battle with reality that her brain had been putting her through for years. She actually stuck around in that state a lot longer than anyone thought she could. Really, longer than I thought any human could, but it just shows how hearty she was. (Her obituary, written by her granddaughter Jess, is here.)

Memére was nothing if not tough. Well, the word I’ve heard most charitably used by her daughters is “stern.” I never knew her before the Alzheimer’s, but even as I’ve known her, she’s never been one to suffer fools or tolerate a lot of bullshit. It should be noted, though, that she lit up when the little kids were around. She found my two young children absolutely delightful, even when she was in the darkest depths of her Alzheimer’s. The kids could always get her to smile, wider than I ever saw her any other time.

Though stern, she loved her family deeply, but showed it by taking care of business and keeping everything together. When that was no longer her role, when it couldn’t be her role, it was hard for her and hard for us to watch her scramble to feel useful.

One moment that stands out to me is when she couldn’t identify our coffee maker that we’d brought with us to Maine, so she disassembled it, washed every component as if they were dishes, and then put all of it into the recycling bin. She didn’t quite know what was going on, but absolutely had to be taking care of things, whether what she was doing made any sense or not.

This is of course a memory of her very late in life. What she was like in her prime I know only from stories, but in a different way I also know it from the character of her progeny. I’m honored every day to be a member-by-marriage of this remarkable family that Lorraine Boutet once managed, cared for, and set an example for. And nearly every day amazed by their generosity of spirit, which is perhaps the greatest compliment I can give anyone. Memére did that. The refrain I heard several times as people spoke of her, and to her in her hospice bed, was, “You did good, Mem.”

And when my own new, little family was in its greatest time of need, even though (as she herself put it) she didn’t quite have all her marbles, she took care of us, too. She has always had, and will always have, my gratitude for that. You did good, Mem. 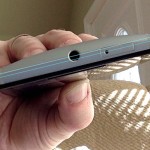 May 6, 2015 Exiled from the Everything Store
Recent Comments
0 | Leave a Comment
"I know this is an old post....but I absolutely HATE my mac....much of it has ..."
annab Photo Management on the Mac Just ..."
"You sound like my son. I've loaned him a bunch of comics from the '60's ..."
Bob Jase Stuck Outside of the Comic Books ..."
"I always thought that Wells, otherwise a smart cookie, missed on the whole microbe thing ..."
Diamond Mike The Martians’ Singularity: Thoughts on “The ..."
"I feel your pain. I have always been an avid reader but a late entrant ..."
Mark in Ohio Stuck Outside of the Comic Books ..."
Browse Our Archives
get the latest from
Nonreligious
Sign up for our newsletter
POPULAR AT PATHEOS Nonreligious
1

The Flocks Still Don't Like Evangelism:...
Roll to Disbelieve
Related posts from iMortal