Exiled from the Everything Store, Ctd.

Exiled from the Everything Store, Ctd. May 9, 2015 Paul Fidalgo

Much to my surprise, folks have been far more interested in my banishment from Amazon than I expected, and my post has generated enough discussion and debate that I thought I ought to clear up a few small points that I didn’t directly address, if for no other reason than some folks are making assumptions about this and that. Whatever, it’s not a big deal, but it can’t hurt to clear up some things.

I did not intend to imply at all that I thought Amazon was in the wrong for closing my account. The post was meant to express my sense of alienation at the sudden turn of events, not a rant against Amazon. I mean, I’m not happy about it of course, and I wish they’d given me a warning before this happened, but it’s a business that they’re free to run as they choose. I operated under what I understood to be their rules, maximizing for myself what they allowed. And they didn’t like it, and they kicked me out. Shapow. That’s their right. I didn’t think I was doing anything unethical, though I have no problem with people who think that I was. I also don’t at all begrudge Amazon for doing what they did. I do not at all feel “entitled” to do business with anyone.

And as I mentioned, there was no warning. But, curiously, they did send me an email early on that I can only paraphrase as, “We see you returned a bunch of things, is everything okay?” To which I said, again paraphrasing, “Yes. Is everything okay on your end?” To which they replied, paraphrasing, “Yes.” I suppose now that their check-in was intended as a veiled warning, but it sure didn’t translate that way to me.

There’s been some noise in the comments about my hurting third-party sellers by returning their merchandise. If it helps, and whatever if it doesn’t, the only third-party devices I returned were those that were damaged on receipt or simply the wrong item. Two HTC One M8’s in a row arrived damaged, and the third was the wrong color.

Also, I think some people thought I was doing this in order to procure review units, to, like, write reviews. I mean, I do write reviews (well, more essays and reflections), but no, this was to find the right phone for me. That’s all.

And this isn’t a clarification, but some new data: I saw that there was a sale on a Kindle book I was interested in, and I assumed I couldn’t buy it. But on a lark, (remember I still have access to all the digital things I’ve bought), I tried, for shits and giggles, to buy it from the Kindle app on my phone. And it worked! I bought it! I have it now! I don’t know if that will last, say, past the expiration date of the credit card I have on file, since I won’t be able to update it since I can’t log in to my account anymore. But it’s a little something, I guess. And I guess my pre-order of Neal Stephenson’s Seveneves will still go through. Maybe.

Oh, and I’m not having comments on this post because I don’t feel like moderating them. Comments on the original are still open.

Update, June 2: Nope, I can’t buy Kindle books, and I can’t get Seveneves from Kindle. Bought it on Google Play instead. 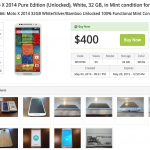 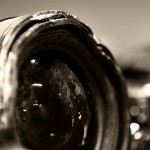 May 10, 2015 Photo Management on the Mac Just Sucks
Browse Our Archives
get the latest from
Nonreligious
Sign up for our newsletter
POPULAR AT PATHEOS Nonreligious
1

An Evangelical Site Tries Hard to...
Roll to Disbelieve
Related posts from iMortal

National media attention, a White House meeting, our...
We at the Freedom From Religion Foundation will admit it: We’re thrilled...
view all Nonreligious blogs
Copyright 2008-2021, Patheos. All rights reserved.
error: Content is protected !!