I was relatively late to the whole Walkman thing. It wasn’t until I was in high school that I got ahold of my own portable cassette player, partly because I didn’t discover a love of contemporary music until I was 12 or so, and partly because I never thought to ask for one. (I had pretty much exhausted my enthusiasm for my Weird Al tapes, they being pretty much the only thing I ever listened to.) I don’t remember how I finally got one (a spare of my dad’s? a gift from grandma?), but when I did acquire one, and armed it with Thomas Dolby’s The Golden Age of Wireless, my life was changed.

Suddenly, I could remove myself from the world around me, something I as a bullied, nervous, self-loathing teen was desperate to do. In place of the hurtful, disapproving world, I could immerse myself sensorially in a rich world of melody, pathos, cleverness, and imaginativeness. It’s a cliché to say that “music saved my life,” but it’s no exaggeration to say that I was able to get through some of my most miserable years because I discovered the joys and the escape of music, enjoyed alone.

The Web and the larger online world have in many ways been the Walkman of my social existence. There was no Web to speak of when I was a teenager, but I did have Prodigy and later America Online (which I hear goes by another, shorter name now). These technologies — which included things like chat rooms, message boards, email, and later social networks — facilitated communication and interaction, yes, but from a much safer remove. There were layers of abstraction that conveniently hid most of who I was, and only let out the things I specifically authorized. I could speak, joke, argue, play, and even flirt, and never have to worry that I was being disqualified for my appearance, my clothes, or even how I simply held my body, all things that invited open mockery in meatspace. Like a personal cassette player, the online world let me enter a rich new world while also being blissfully alone.

Last month at The Awl, John Herrman wrote about “the asshole theory of technology,” which I’ll get into in a bit. He writes about the dawn of the Walkman:

Sony was worried that its portable stereo would be alienating. This turned out to be true. But the impulse to correct it was wrong: the thing that made it alienating was precisely the thing that made it good. The more compelling a gadget is, the more you use it, the more the people around you resent you for using it, the more they are pressured to use it themselves. (The fact that these devices are now all connected to each other only accelerates the effect.)

For me, I was already alienated. I needed someplace to be while alienated, a way to make use of my alienation. Music helped, and the advent of the online world was a significant leap (and iPods too). And then we got smartphones, and all of that and more became instantly available wherever I was, from a small rectangle in my pocket.

So back to this asshole theory. Herrman means to apply it to the likely success of the Apple Watch, as a new gadget for users to alienate themselves with, while simultaneously wooing the would-be-alienated:

This is the closest thing we have to a law of portable gadgetry: the more annoying it is to the people around you, the “better” the concept. The more that using it makes you seem like an asshole to people who aren’t using it, the brighter its commercial prospects. [ . . . ] It will succeed if it can create new rude exclusionary worlds for its wearers (this is why I wouldn’t underrate the weird “Taptic” communications stuff). It will succeed, in other words, to whatever extent it allows people to be assholes.

Maybe this is true for the Apple Watch, that the air of exclusiveness and elitism that it projects, and the in-crowd-only communications aspect of it, will drive its success. But the theory doesn’t work for me in terms of personal stereos, iPods, the Internet, and smartphones. I don’t care if they make me seem like an asshole (perhaps they do). I care that they get me away from all the other assholes, everywhere.

And a watch can’t do that. 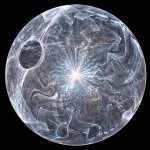 May 17, 2015
We Didn’t Find Any Type 3s Because There Aren't Any: Imagining Galactic Civilizations
Next Post