Cooling Down the Nexus 6, Once and For All 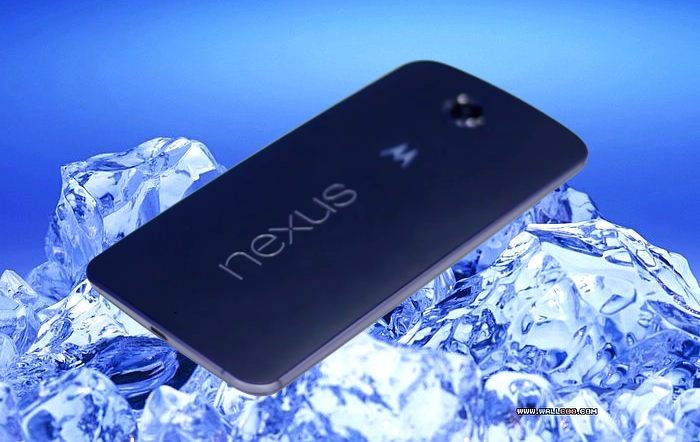 Long have I writhed in doubt, regret, and anger over the heat emitted by the Nexus 6. What ought to be the perfect phone for me – for its design, its high-resolution display, its pure Android software, and its sheer size – has always stopped me just short of sheer contentment by getting simply too hot to be comfortable to hold for long periods of time. And I want to be able to hold it for long. Periods. Of time.

I know that this is not some endemic flaw with the Nexus 6. My anecdotal surveys of Nexus 6 owners tell me that the vast majority of users have no issues whatsoever with its heat. However, a small number of folks I’ve found on message boards have shared my frustrations, and some of them simply gave up and rid themselves of the device. This, added to my own experience of having gone through a few different units when I thought the heat was a mechanical flaw, at least indicated to me that 1) the Nexus 6 does generally have a propensity to get too warm even under light or casual use; and 2) it is a problem that can be (and is usually) mitigated to an acceptable level with some more or less trivial adjustments to use.

So I became determined to make it work, to give this beast one final shot. (It was also “one final shot” because my wife made me promise I’d stop switching phones for a while, for which I am half-grateful.)

I did some research. Whenever I found any official Google sources addressing the issue of heat, or really any advice on the subject, the common theme of “rogue app” was raised repeatedly. Some app or apps could be making the Nexus too hot by their misbehavior. Maybe I could find those apps, kick them out, and find replacements for their functionality.

I installed a couple of “cooling” apps, not so much because I thought they could cool down the phone, as I suspect they’re just shy of snake oil, but to get a look at which apps might be causing the heat to begin with.

I also found a study released earlier this year by AVG that looked at which Android apps consumed the most system resources and had the biggest impact on the battery. A phone heats up when its resources are being taxed and when the battery has greater demand placed on it, so I hoped this would give me a little guidance. And it did!

One of the biggest offenders, according to the installed utilities and the AVG report, won’t surprise you: the Facebook app. I’d eschewed installing it before, and I was happy to remove it this time as well. Its mobile website is almost identical to the app anyway, and includes messaging, so no big deal there.

AVG says Spotify is another big one, but I’m not a subscriber, so no problem ditching that. Of course games are major consumers of resources, but I take that as a given, and accept the consequences of playing a phone-taxing game. More to the point, a game will be less likely to use resources in the background when the app itself is not running. Not so for something like Facebook, which wants to know what’s up all the time. Instagram was similarly called out by AVG and my utilities, so for that time being, it also went.

One app the cooling utilities highlighted, that the AVG report did not, was Evernote. I have always disliked how bloated an app Evernote is, but continuing to use it for its ubiquity and connectivity to other services. But while I wasn’t surprised to see that it was taking up more of my phone’s resources than it ought to, I was surprised to see to just what degree. At one point, I found it using almost 200MB of memory just to do some kind of interaction with Google Play billing – and I don’t even use Evernote’s paid service. That was the last straw, and I decided I’d make do with Google Keep for my note taking. Out went Evernote.

I also uninstalled Pocket, an app that likes to refresh and download background content. I never look at Pocket, but only use it to store links for The Morning Heresy, and literally nothing else, so I am fine to send links by email to Pocket. I don’t miss it.

My favorite RSS reader, Press, also went, if only temporarily, to see if it was similarly doing too much in the background. In the meantime I’m using the more lightweight gReader.

Here’s something I think will surprise you. Two particularly greedy apps are Amazon’s main shopping app and Amazon’s Kindle app! Now, you already know that Amazon and I are not getting along as we once did, and this was like being kicked while I was down. Despite my exile, I still have full access to my Kindle content, so I frequently used the Kindle app. Well, not anymore! Using some, let’s say, means, I extricated my Kindle books and got them into my Google Play Books library, and gleefully uninstalled both of these Amazon apps.

So this was my setup for a few days. I’d removed Instagram, Pocket, Press, Facebook, Kindle, Evernote, and Amazon shopping. I’d installed a “cooling” app to monitor the CPU temperature and check what other apps might be getting troublesome, and let Qualcomm’s Snapdragon BatteryGuru do its own thing in the background, learning my usage habits and making its little adjustments.

And you know what? It was working! The phone could still get warm, but it never got so hot that, say, the screen was uncomfortable to touch. Most of the time, it was just fine.

Feeling pretty confident that I was getting somewhere, I decided it was time to bring some apps back. The funny thing was that there were so few I even wanted back! I could certainly try reinstalling Pocket, for example, but there’s almost no reason whatsoever to do so, as it’s trivially easy to send links I’m saving to Pocket over email. It was nice to know Facebook was not eating my phone alive from the inside, and saving the website as a bookmark on my home screen makes it almost as though it’s there anyway. gReader is fine. Google Keep is fine. And Amazon can, of course, get bent.

The only thing I missed was Instagram, just for the raw convenience of sharing photos to several networks at once. So a few days ago I experimented with allowing Instagram back on to the device.

At about the same time, I found out about a utility called Greenify that seems to be well regarded as a non-snake-oil way to “hibernate” apps that are asking too much of a device. Mitigated by Greenify (and perhaps also by BatteryGuru), Instagram didn’t seem to be causing me any problems.

So here I am, a week or so into my experiment. A handful of apps are gone from my device, and the Nexus 6 has been almost entirely perfectly comfortable. Again, it does sometimes get a little warmer than I think it ought to, but so has every phone I’ve ever used. But importantly, I no longer find myself being frustrated by the heat it emits, I no longer feel any regret for my purchase, even when it gets a little warm.

I think I have this under control, which is awesome. And not a moment too soon, since I’m not allowed to get anything else, and boy oh boy that new Moto X looks amazing.

August 3, 2015 The Diminishing Returns of Flagship Phones During the Mid-Range Renaissance
Recent Comments
0 | Leave a Comment
"I know this is an old post....but I absolutely HATE my mac....much of it has ..."
annab Photo Management on the Mac Just ..."
"You sound like my son. I've loaned him a bunch of comics from the '60's ..."
Bob Jase Stuck Outside of the Comic Books ..."
"I always thought that Wells, otherwise a smart cookie, missed on the whole microbe thing ..."
Diamond Mike The Martians’ Singularity: Thoughts on “The ..."
"I feel your pain. I have always been an avid reader but a late entrant ..."
Mark in Ohio Stuck Outside of the Comic Books ..."
Browse Our Archives
get the latest from
Nonreligious
Sign up for our newsletter
POPULAR AT PATHEOS Nonreligious
1