UPDATE 9/6/2016: Lessig’s campaign successfully passed the $1,000,000 pledge threshold (I pledged a token amount), and formally announced his candidacy on ABC this morning.

I heartily support Lawrence Lessig’s campaign for president, and there’s almost no public figure I can think of that I would prefer to be president. And that’s just the problem.

Lessig’s campaign is premised on the idea that if he runs and wins, he will doggedly pursue a single, crucial legislative goal: to end the influence of money on politics and elections with a still-in-formation Citizen Equality Act. He maintains (and I largely agree) that without fundamental, structural reforms to our political process, none of the other great challenges of our time can be meaningfully confronted.

If and when a President Lessig achieves this goal, he has pledged to resign from office and hand over his job to the vice-president, whoever that happens to be. (Presumably someone who shares his political views, such as an Elizabeth Warren, Russ Feingold, or some such.) He has promised that he would be a president-in-full while in office, working for domestic tranquility and all that, but has specified that he’d have a mind toward building the foundations of his successor, the sitting vice-president.

It’s confusing, right? Lessig insists that by pledging to resign when his goal is realized, he makes clear that he is serious about fixing the rigged system, and not interested in power for power’s sake. (Is there anyone who thinks that of him? Or could think that?) And there’s a logic to that. He needs to show that he’s not just kicking around some “on my first day in office, my first act as president will be…” bullshit that you hear from every other candidate. He means what he’s saying. He intends to pass this massively important reform, and when he has, he’s out.

Let’s set aside for the moment the fact that, of course, he won’t come close to being elected or nominated, and may not even reach his fundraising threshold to even begin running.

The novelty of Lessig’s campaign is his pledge to resign, and it’s also the campaign’s greatest weakness.

People familiar with Lessig have been clamoring for him to run for public office for years. He had explored a run for Congress for 2008, but backed down when it became clear that he’d have no shot, and his chief opponent was actually not all that bad on his core issues. Offering to run for president, now, as a Democrat, when Hillary Clinton awaits coronation (which will happen, folks), is a thrilling prospect to those who know of him and his work. Yes, his supporters deeply care about the issues he’s made the cause of his life, but they also just really, really want this guy to be president. I really want this guy to be president.

And they sure as shit don’t want him to resign, especially just after he scores his greatest achievement.

We don’t rally around candidates over single issues, really. We rally around a person, or the projection of one, who embodies innumerable qualities, hopes, fears, and possibilities. Who we support for president is tied into our own identities, it’s part of how we tell the world who we are. And the presidency is the closest thing Americans have to a kind of divinely-ordained rulership. We elect presidents that we expect to stay president.

Lessig’s gambit confuses this paradigm. It’s possible that he’d be seeing much more enthusiasm for his run if he never mentioned anything about resigning, because his core backers would be driven by the idea of four to eight years of their guy in charge. Instead, they’re getting their guy for a little while until some other arrangement can be made. Inspiring, it is not. How deflating to you think it was to McCain supporters when in 2008 it was said that he seriously considered pledging to serve only one term?

Lessig’s cause is inspiring, but it’s not enough. I want him to run, I want him in the debates, and I want him to win. But if, by some miracle, he did win, I’d want him to stay. Until he pledges that, it’s hard for me to get as excited as I might otherwise be. I expect I’m not alone in this. 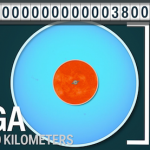 September 4, 2015 The Mutual Enhancement Society: Superintelligence in Machines...*and* Humans?
Recent Comments
0 | Leave a Comment
"I know this is an old post....but I absolutely HATE my mac....much of it has ..."
annab Photo Management on the Mac Just ..."
"You sound like my son. I've loaned him a bunch of comics from the '60's ..."
Bob Jase Stuck Outside of the Comic Books ..."
"I always thought that Wells, otherwise a smart cookie, missed on the whole microbe thing ..."
Diamond Mike The Martians’ Singularity: Thoughts on “The ..."
"I feel your pain. I have always been an avid reader but a late entrant ..."
Mark in Ohio Stuck Outside of the Comic Books ..."
Browse Our Archives
get the latest from
Nonreligious
Sign up for our newsletter
POPULAR AT PATHEOS Nonreligious
1