Andy Ihnatko and Swoopy Were On Our Little Podcast!

Andy Ihnatko and Swoopy Were On Our Little Podcast! October 3, 2015 Paul Fidalgo 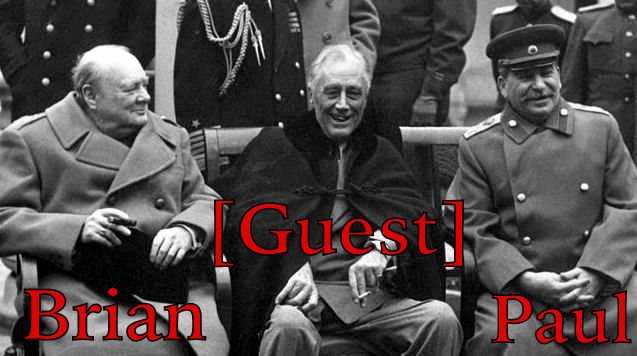 On Thinkery, the podcast I do with Brian Hogg (that’s what he tells me his name is, anyway), we’ve been trying out having the occasional guest on the show to join the conversation. They’re not interviews per se, more of a chance to add a third voice to the usual two-way chat that the show normally is.

To kick it off, we were really, really lucky to get two excellent guests who are frankly out of our league, and yet somehow decided to lower themselves to join us for an evening.

First is the pioneer of skeptical podcasting, Robynn McCarthy, better known as Swoopy, erstwhile of Skepticality. It was like she had been doing shows with us for years already, and it was a lot of fun. Listen here.

The second was the one and only Andy Ihnatko, an honest-to-god Montaigne of tech and pop culture, writing for the Chicago Sun-Times, and on shows like MacBreak Weekly and The Ihnatko Almanac. Brian and I were, I think, audibly a little too excited at the get-go, but it turned out to be a really substantive, funny, and at times even poignant conversation. Dig it here.

The next couple shows will be back to me and Brian (and they’ve already been recorded so I know they’re good), and then more guests are coming.

October 4, 2015 Yes, I'm Conflicted About Hillary Clinton. But I'll Damn Well Get Over It.
Recent Comments
0 | Leave a Comment
"I know this is an old post....but I absolutely HATE my mac....much of it has ..."
annab Photo Management on the Mac Just ..."
"You sound like my son. I've loaned him a bunch of comics from the '60's ..."
Bob Jase Stuck Outside of the Comic Books ..."
"I always thought that Wells, otherwise a smart cookie, missed on the whole microbe thing ..."
Diamond Mike The Martians’ Singularity: Thoughts on “The ..."
"I feel your pain. I have always been an avid reader but a late entrant ..."
Mark in Ohio Stuck Outside of the Comic Books ..."
Browse Our Archives
get the latest from
Nonreligious
Sign up for our newsletter
POPULAR AT PATHEOS Nonreligious
1

Come Meet the Growing Ranks of...
Roll to Disbelieve
Related posts from iMortal