The Democrats’ First Debate: Nothing Changed, and That’s Huge

In a sense, nothing really changed about the dynamics of the race as a result of the first Democratic presidential debate, but that in itself is extremely important. Clinton performed as excellently as I expected, and probably reminded many folks why they liked her to begin with. Sanders also did himself some good by setting himself up as a substantial and passionate contrast to Clinton. With neither of them making any meaningful mistakes, they served to solidify the existing situation, which is a win for Clinton.

O’Malley may have helped himself to a percentage point or two in the polls, if for no other reason than that he was fluid and enthusiastic, and appeared to be a plausible alternative to the current top tier. But he gained nothing that truly effects Clinton’s or Sanders’ positions. I do have to wonder if O’Malley’s slickness came across as sincere or contrived to the average viewer. He was laying it on quite thick at times, and as an actor and a veteran political observer, I don’t trust my own view to know how he comes across to others.

Webb and Chafee performed abysmally. I was genuinely embarrassed for both of them, especially considering that they both seem like good, well-intentioned public servants who would otherwise probably deserve a fair shot at consideration. But Webb was all grouse and resentment (and weirdly threatening China), and Chafee was an unmitigated disaster. I can’t think of anyone in a presidential debate who has ever performed as poorly as Chafee did tonight, and I’m including Quayle. For his own sake I hope he drops out tonight.

But again, Webb and Chafee had no effect on the larger race, and tonight really only served as a chance for voters to rule them out, and perhaps — perhaps — consider O’Malley. Which merely buys O’Malley a point or two at best.

So, as I said, this debate changed very little, other than to settle the race for a while, to where it more or less has been anyway.

With one exception: Joe Biden.

I don’t know if Biden is still considering running, and I’d be shocked if he was. But after tonight, it doesn’t matter. By not participating in this debate, I believe Joe Biden ruled himself out of the race. The fashionably late don’t get to be president, and, learning the lessons of Wesley Clark, Rick Perry, and Fred Thompson, he must know that. Biden is, as of tonight, a non-factor in this primary race.

And that is a big, big win for Hillary Clinton. 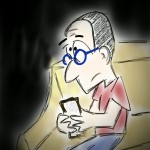 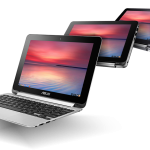 October 16, 2015 How I Learned to Love the Chromebook
Recent Comments
0 | Leave a Comment
Browse Our Archives
Follow Us!