How I Learned to Love the Chromebook

How I Learned to Love the Chromebook October 16, 2015 Paul Fidalgo

I’ve been singing the praises of Chromebooks for some time, but none of that praise has come from direct experience. The utility and potential of these devices have been starkly obvious to me, though I’d never had occasion to test them on myself. I’ve always had a perfectly good laptop, a phone, and sometimes even a tablet (I don’t have one of those right now, and I kind of miss it), so having yet another device was not something I could justify. Financially. To my wife, mostly.

Then, like a superhero bursting through the clouds to come to my rescue, my former theatre colleague Tom Loughlin suggested I borrow his old Dell Chromebook 11 and try it out. He knows I’ve been bullish on them, and he wanted me to do some writing about what it was like to actually use one, and I was all what? and he was all yeah! and he shipped it to me.

But this was weeks and weeks ago, and other than start the thing up, I did essentially nothing with it.

Because what was I going to do with it? Like I said, I’m already fully decked-out tech-wise. There never emerged an impetus to bust it out, no need arose. So it sat in the box Tom had shipped it in, and I felt guilty.

And then in one day it dawned on me, weirdly, twice.

I work from home, and my office is upstairs in a big walk-in closet in the back of our bedroom. When my MacBook Pro is in full “work mode,” it’s on my desk, hooked up to power, hardwired to the Internet, and connected to my backup external hard drive. Sometimes it’s also got a microphone hooked up (for the podcast usually), and has at times also had a monitor, mouse, or what have you. And this is how it was a few days ago.

And I wanted to make my lunch. Downstairs.

But still be able to work. Because I’m just like that.

As you can imagine, I didn’t want to unhook everything (and of course “safely eject” the hard drive) and bring my MacBook downstairs, only to run it back upstairs and hook it all up again.

That’s when I remembered the Chromebook.

And here’s the amazing part. I had the idea to use it, I opened it up, logged in with my Google Apps credentials, and that was it. Everything was there, and I could just work. I could do everything that I would normally do for work, too. It was almost entirely frictionless.

But of course I didn’t only want my work account set up! I wanted my personal Google account up and running, too. And it took me literally a couple of minutes to figure out how to have two “instances” of Google accounts running on the device at the same time. So now I could work in one account, click an icon at the bottom of the screen and instantly switch right over to the other account. Again, almost entirely frictionless.

That’s how I worked for a little while. And when I was ready, I closed it, and went back to my office.

That was one. The other happened later that evening. We don’t do cable at our house, so we had to get CNN’s live stream of the Democratic debate, and watch it on our living room TV. CNN wouldn’t allow the video to be cast over to our TV, so to do this I had to connect my MacBook via HDMI, which also meant that my computer would be physically tethered to our TV, which meant that I couldn’t use it do the one thing I love more than watching presidential debates: tweeting presidential debates.

And then I remembered: the Chromebook.

Usually, in this situation, I’m stuck tweeting on my phone, which isn’t nearly as easy when you’re doing so in a rapid-fire manner as I do during events like this. But this time, all I had to do was open up the Chromebook, sit back, and knock out my HILARIOUS tweets in a full-function instance of Tweetdeck, just like I would have done on my Mac. No beats skipped. (I also wrote and published this post using only the Chromebook.)

So this is what the Chromebook is to me, right now: a lightweight extra computer. In many ways, it’s what I’d always wanted out of an iPad; a casual computing device that asked very little of me, was smartly limited in its functionality, but could still do the basics without any friction. The iPad was great for, say, reading and browsing, but not for working. The Chromebook is not my reading device of choice by any stretch of the imagination (my phone is now), but for simply getting shit done without being laden with all the computer cruft, it’s great.

That doesn’t mean I can now justify getting one. I still don’t need it, the same way I don’t need a tablet, and yet would still like to have one. But now its utility for someone like me is much clearer. Simply put, it’d be a great second, kicking-around computer.

And truly, if I didn’t have some particular media-creation needs, a Chromebook would serve as my main computer without a problem.

So right now I’m in a mode of “it’d be nice to have one” for Chromebooks, but there’s still some evolution that needs to happen before it crosses into “oh man I really need to sell off some of my valuables to get one.” I think what I’d really like is for the Chromebook to get closer to absorbing more tablet use-cases, where the keyboard goes away (either by detaching or flipping around or whatever) and the laptop becomes a single slate that can be used as more of a casual reading and browsing device; lean-back instead of lean-forward.

Asus’s Chromebook Flip is the right idea, actually, but there’s one problem I have with it: the screen resolution. I’m spoiled by, and now married to, Retina-level resolutions, and especially if I’m going to use something to read off of, it’s got to be crispy. If Asus were to put one of these out with over 300ppi, I’d be all in.

This, really, was my only real problem with the 2013 Dell Chromebook 11: the display is garbage. Utter shit. Not only is it low-resolution, but it’s washed out, with colors rendered, well, vaguely. The rest of the laptop’s hardware was fine. It’s plenty zippy, the trackpad was acceptable, and the keyboard was fine. But that screen, blech.

The point is, however, that even though I was already a Chromebook booster, I’m now a fan. This is a great category of device, and I can’t wait to see it get better, and then to get my own.

(And sincerely, thank you, Tom!) 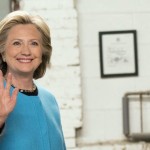 October 13, 2015
The Democrats' First Debate: Nothing Changed, and That's Huge
Next Post 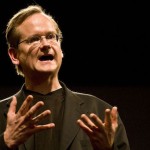 October 18, 2015 Lessig Says "You Win...I Will Remain President" - But It Might Be Too Late
Recent Comments
0 | Leave a Comment
"I know this is an old post....but I absolutely HATE my mac....much of it has ..."
annab Photo Management on the Mac Just ..."
"You sound like my son. I've loaned him a bunch of comics from the '60's ..."
Bob Jase Stuck Outside of the Comic Books ..."
"I always thought that Wells, otherwise a smart cookie, missed on the whole microbe thing ..."
Diamond Mike The Martians’ Singularity: Thoughts on “The ..."
"I feel your pain. I have always been an avid reader but a late entrant ..."
Mark in Ohio Stuck Outside of the Comic Books ..."
Browse Our Archives
get the latest from
Nonreligious
Sign up for our newsletter
POPULAR AT PATHEOS Nonreligious
1