A More Forgiving Lens: Diagnosed with Asperger’s at 38 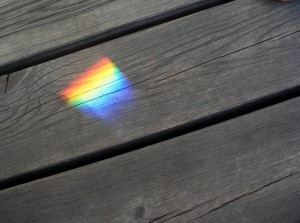 I have never felt like I belonged in this species. I resembled a human, and I could force myself to awkwardly ape the basic mannerisms of people, but I would always suspect that there was something alien about me, and that everyone else suspected (or knew) the same thing.

A lot of this alienation is in regard to my relationship to and interactions with other people. I’m a pretty severe introvert, that’s no secret. Being around people, even those I love and feel most comfortable with, utterly exhausts me. But I’ve always felt that there was more to it than mere introversion. For as long as I can remember, I’ve struggled to relate to almost anyone, unable to comprehend others’ values, aspirations, needs, obsessions, or subtexts.

As a result, I’ve been at a loss as to how to blend, to appear as though I do understand, or at the very least to keep my bewilderment hidden. So I’ve thrown an inordinate amount of processing power at figuring out how to appear normal, how to talk, stand, sit, move, gesture, and where to fix my gaze or how to modulate my voice. I pretend to value the same things other people value, and aspire to the same kinds of things they aspire to, even to the point of almost entirely convincing myself.

That alienation, this constant dissonance, was of my own making, I believed. I didn’t share the same interests as others because I had somehow failed to grasp the obvious reasons they were important or provided joy. I didn’t engage in sports or other physical activities because I was weak and afraid and unwilling to put the time in to not be that way. I had trouble comprehending instructions and directions because I was being self-absorbed and inattentive. I had trouble reading for any length of time because I was superficial and distracted. I upset people I love, not giving them what they needed, because I was negligent, self-centered, and oblivious. I didn’t want to socialize because I was a stick in the mud, narcissistic, and timid. I didn’t want to go on big adventures, travel, take big risks, or throw myself into new situations because I was cowardly and lazy. That summed up why I fared so poorly, academically and socially, throughout much of middle and high school: I was cowardly and lazy.

What else could I conclude? And having reached such a conclusion, over and over, in every circumstance from childhood to my late 30s, brought self-hate, depression, anxiety, resentment, and resignation. How could it be any other way?

I did have one suspicion, though. A suspicion that kept popping into my awareness, something that felt familiar, but also sounded too alien even for me.

That suspicion only grew, however. When I would air out loud to someone, it would be summarily dismissed. I, not trusting my own perceptions of the world, not knowing how to be a person, conceded to the dismissal. But only outwardly.

I stopped conceding. I have finally pursued this suspicion to its end, and, well, it turns out for once I was right.

Last week, at the age of 38, I was officially diagnosed with Asperger’s Syndrome, a form of Autism Spectrum Disorder, along with Attention Deficit Hyperactivity Disorder. I have Asperger’s. I am autistic.

I’m so very glad to know. And I’m also glad that there was no hedging on the part of the doctor, the neuropsychologist who tested and diagnosed me. As my wife Jessica and I sat down in her office, the doctor mercifully began by saying, “I’ll cut to the chase, because I know you’re eager to know,” and told me that I had what she characterized as “severe” Asperger’s syndrome. Not severe in the sense of debilitation or in some kind of danger, but meaning that I’m firmly, well into the spectrum. Had the diagnosis been fuzzy, a borderline case, I’d never stop wondering and doubting. Having it be so clear-cut was a relief.

When I first began toying with the idea of getting tested, I couldn’t avoid the fact that simply knowing I had Asperger’s, if indeed I did, wouldn’t really change anything. There’s no medication to take, there’s no real treatment. I’d just go on as I had been. I had to ask myself, well, why bother?

Here’s why. The dissonance of my life – my strange predilections, my quirks, my strong and irrational aversions, my inability to read or connect with other people, my lack of interest in the experiences of life, my intractable obsessions over particular topics and utter lack of curiosity for almost anything else (phones, anyone?), my desperate need for safe and reliable routines, my spacial disorientation, my hypersensitivity to heat, sound, and light, my clumsiness and lack of coordination, my over-reliance on rules and logic, my inability to think in broad, big-picture terms, and most especially, the panic, pain, and exhaustion I experience in even the most benign social situations – I have always ascribed these things to my being a failure as a person. A lazy, cold-hearted, short-sighted coward.

Now I know that much of it (not all, of course) stems from something I was just born with. There was an actual condition that made it impossible that I could ever be and think like everyone else. My brain was literally different from theirs, and there was nothing I could have done about it.

Generosity of spirit is one of the virtues I value most, but it is never something I allowed for myself. Instead, I have tortured myself over my past, for the things I endured and the things I felt I had brought upon myself, because I had failed at some point to become fully human. I blamed myself for having neglected to learn how to be a normal person. I wasn’t just unable to cut myself a little slack for the failures and disappointments of the past, I had forbade myself from doing so. To forgive myself, I felt, would be to allow myself to continue to fail and disappoint.

Now I can reevaluate. I can look back on the story of my life through a more forgiving lens. I honestly don’t know what that might do to me.

As I sit here now and tell myself this is real, it’s hard to accept, even though it’s mostly welcome. I obviously have a great deal more processing to do. Some of that processing I’ll do here, in writing, as it seems to be the way I best understand and express my thoughts. In writing, the rules and parameters, and there are no social cues to miss or misinterpret, no eyes with which to avoid contact, no expected time frame in which to form and verbally express a thought, no expectation that I intuit the nuance and give-and-take of a real-time conversation. Here, I don’t have to second-guess my very worth as a human being.

Actually, maybe that’s the first thing I should do: Accept, finally, that there is nothing to second-guess, and that I don’t have to pretend to be normal anymore. Maybe I never did.

August 17, 2016 Madame Defarge's Memes
Recent Comments
0 | Leave a Comment
"I know this is an old post....but I absolutely HATE my mac....much of it has ..."
annab Photo Management on the Mac Just ..."
"You sound like my son. I've loaned him a bunch of comics from the '60's ..."
Bob Jase Stuck Outside of the Comic Books ..."
"I always thought that Wells, otherwise a smart cookie, missed on the whole microbe thing ..."
Diamond Mike The Martians’ Singularity: Thoughts on “The ..."
"I feel your pain. I have always been an avid reader but a late entrant ..."
Mark in Ohio Stuck Outside of the Comic Books ..."
Browse Our Archives
get the latest from
Nonreligious
Sign up for our newsletter
POPULAR AT PATHEOS Nonreligious
1