More Than Philosophy: Satanism is “an Authentic Religious Movement”

After my think piece last week the conversation seemed to settle on whether Satanism is a religion or a philosophy. I’m going to address this purely from my own perspective while citing The Satanic Temple‘s Lucien Greaves, but I think despite disagreements most Satanists from other sects will be more-or-less on-board with this.

To settle this, to the extent that I can, let’s dip back into my podcast’s archives from the time co-host Andy Hall and I had Lucien Grieves on the Naked Diner Podcast back in June:

“I really do want people to understand that this is an authentic religious movement. For those of us who identify with it, that identification is not something you can take away from us and it’s certainly not something that’s arbitrary. Calling ourselves Satanists isn’t just something we do to shock the Christians. It’s something that’s very much a part of us.” – Lucien Grieves

Grieves expanded on this point in a recent audio recording he made for The Salem Art Gallery’s upcoming self-guided audio tours:

“We argue that religion cannot be defined to require a belief in the supernatural. At its best religion provides a narrative structure, sense of purpose, symbolic structure, identity, values, and a body of practice. Religions enjoy certain privileges that would be reprehensible, in a pluralistic society, to reserve for supernaturalists alone.”

Critics of this view always seem to think it boils down to Satanism’s non-theistic nature because they look up ‘religion’ in the dictionary and read the first definition while ignoring the alternate definitions entirely. This line of argument, when made by theists, is aimed at bolstering religion’s privileged position in society. They will claim that religion requires devotion to a god and the religious freedoms afforded us under the constitution are only applicable to religion. They discount Satanism (and presumably Buddhism, Taoism, Jainism, and, yes, atheism) as a not being subject to First Amendment protections because they believe without god there can be no inalienable rights.

This ‘god as the grantor of fundamental rights’ argument claims that to afford free-expression protections to non-theistic religions (and non-religion) undermines the justification for religious exemptions in the law. Which, correct me if I’m wrong, is what most atheists want. So I’m considerably more confused by atheists who claim that Satanism isn’t a religion, while also noting that atheism is just the lack of belief in gods. They seek to relegate Satanism to only being a philosophy. However, that greatly discounts what Satanism provides beyond a mere system of thought. Our sense of community and shared values, our beliefs and practices are enough to qualify Satanism as more than just a way of thinking about things.

Can people also find those things in non-religious contexts? Of course, and no one (at least not Satanists) are trying to compel you to have a religion, or redefine whatever it is you’re into as a religion. But this bias towards relegating religion only to theists and supernaturalists seems to undermine the very idea of freethought, which must accept all viewpoints to the extent there remain unprovable claims in the world and as long as we agree there is no one right way to conduct your life. 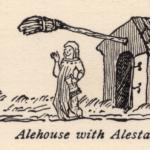 October 2, 2017
Witches and Satan: An Unlikely Connection
Next Post

October 4, 2017 The Satanic Temple Wins Appeal in Missouri Abortion Case
Recent Comments
7 Comments | Leave a Comment
Browse Our Archives
get the latest from
For Infernal Use Only
Sign up for our newsletter
POPULAR AT PATHEOS Nonreligious
1