I’m a fan of Jim Jefferies, and I don’t mean that in sort of casual ‘sometimes I watch stand-up clips on youtube’ kind of way. I’m more of a ‘binge watch people’s never aired UCB sets on vimeo’ kind of comedy fan. I was really happy when Comedy Central gave him a show.

So of course I was pretty excited when The Satanic Temple’s National Director for the After School Satan Club program Chalice Blythe told us she was going to be on his show to talk about ASSC. Especially considering that the program is now recruiting applicants from outside of TST. All in all, I think Jefferies gave the program a pretty fair shake for where it’s at in development.

I get it, it’s a comedy show

I understand. Jefferies is a comedy show on a comedy network. He’s got jokes to make, pacing beats to hit, and he only gets half-an-hour a week. So I don’t begrudge him for not getting into the weeds on explaining Satanism to a wide audience; there’s a big (as Douglas Adams would call it) Somebody Else’s Problem field for him around explaining why Satanists don’t just call themselves Atheists.

But in this particular instance, for better or worse, the Somebody Else happens to be this blog.

One of the questions Jefferies asked was couldn’t the program be marketed better by calling it something else, and basically ‘why not do that because Satanists don’t believe in a literal Satan anyway?’. This is a common enough question from other Atheists (“Why Satan?” gets asked A LOT.) In the clip Blythe started to answer but again pacing, timing, and Jefferies wanted to make the point that long and nuanced explanations are hard to sell.

He’s not wrong. But surely there are people out there who appreciate them. So let’s game this out and look at how that strategy works on both sides.

When Christians Do It (Good News Club)

A bunch of Christian theocrats have an indoctrination program they call “The Good News Club”. The name is marketable, but deceptive and obfuscates the program’s actual intent. It’s dishonest because they’re hiding their intention to proselytize to your 5 year-olds behind feel-good buzzwords and slick marketing. Their parent group is called the Child Evangelism Fellowship. The word Christian never appears in their names at all; they hide it. Can that work? Sure, but it borders on lying if you ask me. They can get away with it because of Christianity’s innocuous public perception in most parts of the U.S. No one gives them a hard time about their sneaky tactics when they find out who is behind the program.

When Satanists Do It (After School Satan Club)

On the other hand, Satanists, who for the last 40-50 years have been unfairly implicated in every damn conspiracy theory from the JFK assassination to 9/11 to last year’s Democratic primary debacle. Now let’s say TST were to call the program ‘The Critical Thinking Club’ as Jefferies suggested and that marketing works for a while. Eventually, some group like the Family Research Council or a media outlet like CBN finds out that the whole program is run by Satanists and we’re off to the conspiracy races faster than you can say McMartin Preschool Scandal. I mean can you honestly see that working out? I can’t. So to my mind it makes a lot more sense to just brand the program as Satanist from the start.

There’s a respectable symmetry to it. Christians using deceptive marketing to try and indoctrinate your kids with their superstition, and Satanists openly promoting a rational, fact-based, non-proselytizing alternative. If the only problem someone has with the After School Satan Club program is the name, then perhaps they should be examining their own irrational biases.

I reached out to Chalice to expand on her aired-comments and the reasons for not rebranding the program to downplay The Satanic Temple’s role. I feel pretty good about not being terribly far off the mark.

FIUO: “[In] the clip it sounded like you were going to say something about the advantages of calling it ASSC instead of something ‘more marketable’. I think TST has really good reasons for doing that, but could you expand on them a little? What’s the case against branding it with something non-denominational?”

Chalice Blythe: “The point Jim made about the name working against us (marketability) assumes that our goal is the same as the Good News Clubs, i.e. recruiting as many kids as we can so that we can win some imaginary war against Christianity. If it’s a numbers game, we appear from the outside to be losing despite this program barely surpassing its first year in development, and the assertion is that this “loss” is due to what we’ve chosen to name the program.

This, of course, is not our goal nor are we concerned with how large or small our classrooms are. Our aim is to do two things: address the need that was created by Evangelical groups coming into public schools and turning them into their pulpits and to make the public aware that religious groups are trying to erase the church/state divide. The strategic decision of calling our program “After School Satan Club” accomplishes a few things, one of which is being upfront about who we are (not hiding behind misleading monikers like “Good News”) and not making ourselves more palatable to the superstitious and closed minded.

When children can see self-identified Satanists as being positive role models and contributors to their community, they learn that those who are “other” or “different” are not the same as being “bad”. It also uses to our advantage the initial shock people feel knowing a Satanic group is operating a club in public schools because, as an organization that actively fights for the separation of church and state, we want people to really question if they want religious groups in schools at all, even our own.” 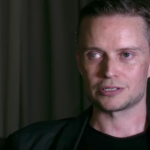 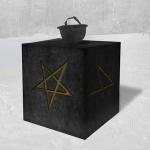 November 3, 2017 Satanic Temple Belle Plaine Monument Saga Not Quite Over
Recent Comments
2 Comments | Leave a Comment
Browse Our Archives
get the latest from
For Infernal Use Only
Sign up for our newsletter
POPULAR AT PATHEOS Nonreligious
1