Jex Blackmore on Missouri Abortion Case: “The Question is How Far Those Regulations Can Go”

Jex Blackmore on Missouri Abortion Case: “The Question is How Far Those Regulations Can Go” January 29, 2018 Jack Matirko

Before I delve into the actual content of this interview I just want to say I’m very glad to see folk like Thom Hartmann following The Satanic Temple and having such a positive view of what it is that they do. Thom is one of those on-air personalities that has been working in the trenches of independent media for a long time and still slogs it out in the trenches with the rest of us. That is to say, Thom covers the story without any flash or sensationalism; he makes room for nuance. I respect that.

So, it’s nice when Thom decides that The Satanic Temple is doing something worthy of coverage, and late last week he featured a great segment with TST’s own Jex Blackmore.

Hartmann: “It’s interesting Jex, that the supreme court in 1873 basically ruled that the tissue in a woman’s womb, until it’s viable, is basically her. It’s an extension of her property … that pretty much is the position of The Satanic Temple is it not?”

Blackmore: “That’s correct, the issue really comes up with the fact that the supreme court did say that the states can take measures to protect what they perceive as potential life. So it does allow them to impose certain regulations, and the question is how far those regulations can go before they start to really impose on a woman’s constitutional right to obtaining an abortion.”

As we wait for the Missouri Supreme Court to make a decision in the case it’s interesting that after last week’s oral arguments the there has already been some … I’m going to call them changes. Last week Missouri’s solicitor general, John Sauer, “clarified” the state’s position that the fetal heartbeat ultrasound component of the law is optional. That seems like a win, but it’s hard to be sure. It seems to me that the state making that statement goes against what they’ve been advising abortion providers since the law’s inception, so to double-back now and claim it was never really a requirement feels like they’re up to some shenanigans. But what? Are they trying to lessen the ‘undue burden’ placed on women by the law in the hope that whatever constitutes ‘undue’ is some nebulous opinion on how much is too much? Are they trying to play semantic games with the difference between a requirement and an ‘offering’?

It’s hard to say. Continued coverage of this story will be available as soon as the Missouri Supreme Court issues a decision. 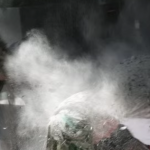 January 25, 2018
Lucien Greaves: Grey Faction and the ISSTD
Next Post 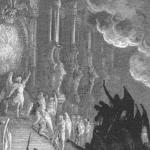 February 2, 2018 Satan as the Hero
Recent Comments
1 Comment | Leave a Comment
"This article did not age well. There is an overwhelming amount of evidence for UFOs. ..."
Paul Fox Offers Superstitious Evangelical Horror Fiction ..."
"Yes. I have an entirely anecdotal story about a hypnotist requested to mess with a ..."
HematitePersuasion Lying For Pseudoscience: New York Magazine’s ..."
"Wish I could remember where I read it online, but on some magic site I ..."
Cozmo the Magician Lying For Pseudoscience: New York Magazine’s ..."
"Excellent article. So this nonsense is what my friend was on about. She was always ..."
al kimeea Guest Post: A Satanist Explains Why ..."
Browse Our Archives
get the latest from
For Infernal Use Only
Sign up for our newsletter
POPULAR AT PATHEOS Nonreligious
1