Last month the city of Palaio Faliro in Greece became the recipient of a donated piece of public art that local religious leaders have proclaimed to be “demon and a soldier of Satan that, instead of being honoured, must be despised as blasphemous.”

This fun little bit of apophenia seems to have something to do with the statue being red.

The statue, titled Phylax, depicts a winged figure with an ambiguous head, seated on a pedestal. Its creator Kostis Georgiou designed the piece to represent a guardian or protector figure. This has not stopped local religious leaders from orchestrating exorcisms of the sculpture. Some residents have tried vandalizing the statue with paint and in one instance interrupted service of a nearby commuter tram in a failed attempt to disrupt the display’s lighting. There are also rumors of petitions being circulated to have the installation removed.

All of this fuss because a few people have decided that the artist’s intent is completely irrelevant and that the statue must be Satanic because … they say so. One has to wonder what they really find so objectionable about the figure. Is it that it’s naked? Is it because the head and neck are an ambiguous inhuman swirl and this is really the result of the uncanny valley effect gone out of control? It’s impossible to say really.

To his credit, Georgiou is taking the criticism in stride, saying art should not leave people indifferent. Which is a fair point. Art that is intentionally ambiguous is meant to allow the viewer to bring their own thoughts and biases to the table when interacting with the piece. But it’s unnerving that such a benign piece is provoking such open hostility. There are far more provocative statues around the world. Hell, there are far more provocative statues that actually are of Lucifer in churches. Still, the artist responded by questioning the sincerity of those who find his work objectionable by illustrating the uncharitable nature of their interpretation.

“Is it Satan if there is a red color? There are angels with red wings and red crown.” said Georgiou in one interview after the statue’s unveiling. “They are supposed to be Christians who make the reactions, but their soul is anti-Christian.” 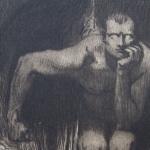 January 2, 2018
Satanic Activism Can (and Should) be Personal
Next Post 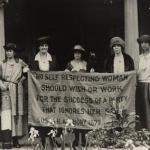 Marjorie Taylor Greene Is Pregnant And...
Laughing in Disbelief
Related posts from For Infernal Use Only