A Brief Note about Chaos in Satanism and Atheism

A Brief Note about Chaos in Satanism and Atheism April 12, 2018 Jack Matirko

Alright, listen dear reader, yes: The Satanic Temple lawsuits are still grinding through courts and when Arkansas puts their monument back up there will probably be another one so TST could really use some money if that’s your thing. People are working on fixing up TST’s headquarters for reopening, which is cool and I’m told there will be some kind of event involved. They’ve also been doing this movie tie in thing lately with Everything is Terrible and tonight Lucien Greaves is in Philadelphia for another movie event featuring a screening of Alucarda.

For historical reference LaVey did that once with the Rosemary’s Baby premiere and made a big show of going to the screening so that’s kind of neat. Still, it was easier to grab headlines back in the day for LaVey. He was the only game in town, there were only 3 TV stations, and the internet was a just a twinkle in the Department of Defense’s eye.

Also, if you didn’t notice, after resigning from TST Jex Blackmore got a side-gig writing for Broadly, which is also cool. She’s said some really great stuff about abortion rights activism so far and I hope she does well over there. The abortion rights stuff seems to be making a dent too because people like Jon Oliver are finally giving Crisis Pregnancy Centers the criticism they deserve. So that’s nice.

And to wrap things up, Arizona Satanists had a grand old time last weekend at Phoenix’s LGBTQ+ Pride parade which I’d love to tell you about but …

There are Bigger Issues

America’s president is threatening to start a hot war with another nuclear power over another country’s civil war which is actually a proxy war between Israel and Iran and that’s kind of insane. So insane that congressional Republicans are fleeing like rats from a sinking ship.

Oh also this whole mess is likely because America’s president is venting his frustrations that the FBI raided his lawyers office. There’s that.

And, since the middle east is involved there’s religious implications for all the Abrahamic religions. So it’d be great if non-believers could weigh in on how crazy the prospect of a proxy-proxy war with Russia in Syria is in a sensible manner but the Atheists can’t because they’re too wrapped up in the gossip of speculating on whatever the heck Dave Silverman maybe did.

Not that Atheists or Satanists ever commented on foreign policy anyway unless it was about cutting foreign aid on the basis of whether or not birth-control or abortions were included, which is a fair point because it’s stupid to deny medical resources to doctors for doing too much doctoring. So I’m totally on board with arguing against aid bans, but let’s focus on making sure there are people to help in the first place before we go back down that quagmire. (Yes, I know there are some anti-abortion Atheists and Satanist out there and … they’re just wrong.)

See here’s the thing, both Atheists and Satanists have a hard time figuring out how to engage with politics since neither comes with an inherent political position. The Church of Satan says it’s not the church’s place to have political opinions and I mostly agree with that, but there’s nothing wrong with just saying that your opinions are informed by what you think. Now CoS will say that THEY don’t take any political positions … they also say Satanists should “steer a straight course toward refining and enjoying this earthly paradise we cherish” while promoting an ideology where members work for their goals while hiding that they’re Satanists. That doesn’t strike me as particularly proud, but that’s their business.

However, some things going on are definitely interfering with my ability to enjoy this place and those things are political. So I don’t have much choice but to talk about them.

Anyway so CoS as an organization doesn’t take any official political positions (they whinge a bit on gun rights as my friends over at Satanic San Francisco pointed out this week). But they really don’t say that Satanists shouldn’t have political opinions, just that churches shouldn’t. The Satanic Temple, on the other hand, doesn’t so much break with the underlying themes of LaVey in terms of being pro-learning, pro-self preservation, favoring indulgence, and most of the other stuff that goes into the prescriptions for life in the TSB. Where they part is over a difference of opinion on how to best achieve their goals. That makes sense because when it comes to the organizations being sustainable they’re basically feuding over market share.

Atheism works kind of the same way. Secular organizations might not be religions but the same forces exist. If you’re going to kick some of your hard earned cash to a group, you want to know they’re doing stuff that is to your advantage. Same as everybody.

Unlike mere Atheism, Satanism does come with some claims about how to live your life. A lot of it has to do with enjoying yourself (which is one of the reasons we throw the best parties), but it’s also very big on self-preservation and it seems to me that avoiding discussion of politics when staring down theocracy and potentially stupid wars is ultimately a losing proposition. Since LaVey borrowed from objectivist thought a lot there’s a tendency for members of the Church of Satan to have a bit of a libertarian streak. That’s their right. But since  theistic religion is basically just an early attempt at government the result of smaller governments is almost universally larger churches. That certainly doesn’t sound like the kind of place I can most enjoy.

(Oh, also. Just for laughs I wrote a guest bit of Satire over on my Podcast co-host Andy’s blog Laughing in Disbelief if you want to go check that out.) 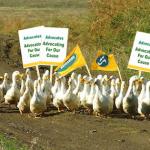 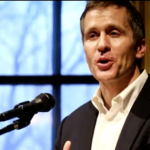 April 21, 2018 Legal Troubles Continue to Beset Missouri Governor
Recent Comments
0 | Leave a Comment
""it is a scientific fact that human life begins at conception." Citations needed."
San_Ban Judicial Hypocrisy in Dismissal of Satanist ..."
"It's not hypocrisy. The Religious Right are pretty open about what they want. In order ..."
Nemo Judicial Hypocrisy in Dismissal of Satanist ..."
"How can it be legal to use scientific and medical terms improperly in legislation in ..."
Brianna LaPoint Dave’s Sort of List of Abortion ..."
"Anyone who reads the important messages in the Discworld 'novels' know that the REAL child ..."
Cozmo the Magician Guest Post: A Satanist Explains Why ..."
Browse Our Archives
get the latest from
For Infernal Use Only
Sign up for our newsletter
POPULAR AT PATHEOS Nonreligious
1

Politicians' Lies No Longer Matter in...
Love, Joy, Feminism
Related posts from For Infernal Use Only