This weekend for my Podcast co-host Andrew Hall and I got to have a conversation with fellow Patheos blogger and Iranian Atheist Kaveh Mousavi from On the Margin of Error.

As a rule I try to keep this blog strictly to issues of interest to Satanists. So I try not to weasel ways to cross-promote my podcast here unless our guest that week happens to be a Satanist, but in this case I think it’s fair to make an exception. I think the discussion we had lends itself to thinking about some broader implications of Satanic philosophy. Now I, of course, don’t labor under the delusion that I speak for any Satanist except myself and to my knowledge no Satanic organization has a position on this sort of subject. But I don’t think it’s unfair to say that Satanists are, if not universally than nearly so, anti-theocracy. I’ve never met a pro-theocracy Satanist and if I ever did I’d have a lot of questions because it seems like a huge contradiction to me, but I accept there might be someone out there who would try and defend that position no matter how weird I think that might be.

This is also a unique situation in that I don’t think it’s particularly often an issue of international politics warrants consideration of how it should be approached from a Satanic perspective because Satanism in all it’s flavors is extremely diverse with regard to political opinion. However, I don’t think it’s a particularly controversial point among Satanists that theocracy is bad. So, I’d like to take the opportunity to walk you through my thinking and then you can be free to agree or disagree as your own conscience dictates.

Iran is a Theocracy

I think, from a Satanic perspective there is a ‘preferred outcome’ in a broad sense given a anti-theocratic position. So the ramifications of the United States backing out of the U.S. Security Council resolution we call the “Iran Nuclear Deal” do lend themselves to being considered through the lens of Satanism to the extent there is mutual agreement that any action that fosters the growth of theocracy has negative consequences because we would all prefer to live in a theocracy free world.

To that end, I think within the limited scope of this blog it is my obligation to present this discussion with an ex-muslim Atheist living in Tehran to provide perspective so we can more accurately assess the potential outcomes of this policy change. From there you can each decide for yourself whether you think this situation will ultimately lead to a world that is closer to what you would like it to be, or further away from what you would like it to be and act accordingly.

Now of course I have my own opinion and there’s no reason why anyone can’t disagree with me. I certainly am not speaking for anyone else. But it seems to me that these policies are far more likely to foster theocratic influence in the world; and I would consider those outcomes to be a bad thing.

You might disagree and think that the U.S. leaving the Iran deal is good because it is your belief that secular countries like the U.S. engaging in trade with theocratic countries in the first place empowers those theocracies by providing them with economic support. You might agree with what it appears to be the U.S. administration’s position is and think that by imposing strict sanctions the U.S. will ‘starve the beast’ and foster a civil uprising in Iran which will lead to a new regime that would be more sympathetic to U.S. interests, and as long as that is economically beneficial to you personally you are unconcerned with the nature of that regime. You might even believe that destabilizing the Iranian government would lead to emboldened secularism in the region and reduce the influence of theocracy in the world. That is your right, but I’m going to walk through my thinking on the matter and you are welcome to disagree.

I don’t think it’s too much of a stretch to infer from the overall body of thought on the subject that all else being equal Satanists would rather live encumbered by as little theocratic influence as possible. Of course, it could be that you believe whether or not Iran is more theocratic won’t have any influence on your life and not concern yourself with it.

However, it seems to me that given the Trump administration’s obvious pandering to Christian theocrats within the U.S., and the tendency of governments to use religiosity to foster support for political agendas it’s likely that this conflict will embolden theocrats within the U.S. which I think American Satanists at least would, if not entirely than at least overwhelmingly, agree is not beneficial to any of us in a general sense. So, and I welcome dissent on this, I don’t see how it is a defensible position to support policies that could very likely lead to an increase of theocratic influence in the world from a Satanic perspective absent some other motivating interest.

Now, if you have some other incentive for supporting this policy change then I think you may be justified that doing what is best for yourself despite the increase in theocratic influence if you think that overall you would personally be better off. I think that’s just a situation in which we would need to disagree.

That said, in my estimation I don’t think there is a particularly large number of people who stand to gain a substantial amount of money from this conflict and of those who do only a small fraction, if any, of them would consider themselves Satanists. But maybe you have some investments or work in an industry that stands to benefit from the U.S. imposing sanctions on Iran or something of that nature. If that’s the case then it’s up to you to decide at what point that economic benefit is overshadowed and outweighed by an increase in theocratic influence in the world and that’s your decision to make. In my opinion it would have to be a rather substantial amount to convince me that it’s worth the imposition in the long run, but if that’s where you land on the issue I would say you can make a reasonable case for it.

Again though I don’t get the sense that most Satanists fall into that camp, but I could be wrong.

It’s possible that you’re of the opinion that this whole situation will work out and in the event of a regime change it would result in a more secular Iran or at least one that’s less combative with other nations in the region and the world. Again though, I don’t see a path to get there. Maybe you do and I’d be interested in hearing your perspective. But in light of history and my understanding of the situation that doesn’t seem very likely.

See, it was U.S. and U.K. support for the Iranian Shah and his policies of modernization that lead to the 1979 revolution that established the current government in Iran in the first place. It then seems to me that if, by some chance, a regime in Iran emerges that is sympathetic to U.S. interests it would be summarily dismissed by religious extremists in the region as a puppet government and result in a long and drawn out conflict. On the other hand if somehow Iran can establish a government that is both sympathetic to U.S. interests and able to appease militant religious factions that it would almost certainly be a more theocratically oppressive regime than the one that’s there now.

All that being the case, I don’t personally see how any of the likely outcomes could be perceived as ‘good’ from my perspective.

I Don’t Claim Any Authority

Now, of course I wouldn’t expect any Satanic organizations to have an official position on this kind of issue. No one is suggesting that The Church of Satan, the Satanic Temple’s national council, The Church of the Lightbringer, United Aspects of Satan, or even those weird Nazi Satanist jerks to make any doctrinal pronouncements on international politics. But I do think it’s a worthwhile pursuit to think through the implications of this new political reality we find ourselves in for yourself. You may well come to a completely different conclusion and that’s fine. But I do invite everyone to take the time to think it through if for no other reason than to clarify your opinion for yourself.

About Jack Matirko
Jack Matirko is an activist, blogger, and podcaster focussing on issues of church and state separation. He runs Patheos' Satanic Blog For Infernal Use Only, co-hosts the Naked Diner Podcast, and is a member of The Satanic Temple-Arizona Chapter. His opinions are his own. To contribute to his work please consider becoming a patron of his podcast. You can read more about the author here.
Previous Post 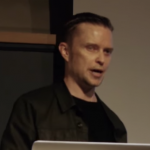 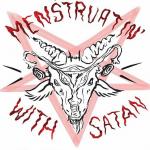 'Satanic' school head, pictured with a...
The Freethinker
Related posts from For Infernal Use Only