Review: The Prince of This World by Adam Kotsko

One of the great things about having lots of friends that work academia is that these friends are often on the mailing list for, or at least regularly peruse, University Press catalogs. These catalogs are a wealth of insightful, well researched writing that most often never makes it into the mainstream. This was the happy circumstance that lead a friend to bring to my attention Adam Kotsko’s ‘The Prince of This World’ from Stanford University Press.

I suppose the best way to summarize the work is that it provides a genealogy of the character we know (and in the case of Satanists venerate) as Satan beginning with the early suggestions of an anti-god figure who is only hinted at in the form of their instruments like the serpent in Eden, Simon Magus, and Pharaoh, to the more fully formed notions of Satan we have today beginning with the story of Job and tracing the character’s evolution through the medieval period and the enlightenment. 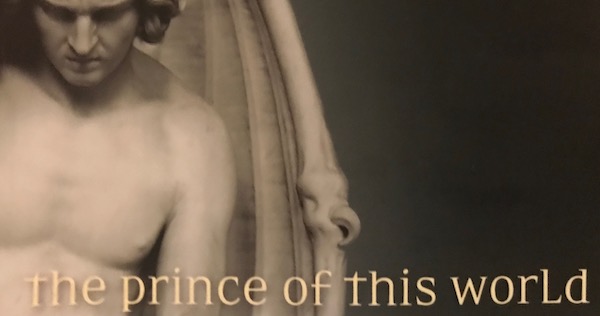 Any open Satanist will inevitably be confronted with the question ‘why Satan?’ and Kotsko’s introduction is in many ways a fifteen page explanation that large parts of which a lot of us will find familiar arguments. He explains that he is setting out to grapple with the devil as a commentary on the nature of politics and freedom, and attempts to tease out the underlying philosophy of a character that, in it’s purest form, is alleged to be impossible by his author. After all, the Satan we think of today defied god. An act that he was not only supposed to be incapable of, but an act that when it occurs in the narrative had never been done before and the ultimate outcome of which remains uncertain. Members of the Abrahamic traditions may assert that in the end god will win, but that is yet unproven and Satan’s supposedly impossible betrayal raises serious doubts as to how certain god could really be in making such a claim.

That is, the great conceit of the Abrahamic traditions is that Satan proves that it is possible to defy god, and while god may paint Hell as a place of divine punishment, if pressed we must concede that it is a place entirely outside of their jurisdiction.

“All along, the Christian God has legitimated himself more and more by converting what he does not will or control—the evil that issues from unruly wills—into the foundation of his glorious rule. The prevention of this infernal spectacle as the definitive proof of his almighty power is the ultimate bluff. For all its regimented hierarchal structure, hell is finally the location of all that God cannot control.”

As the exploration into the history of Satan continues, Kotsko establishes the clear parallels between subjugation to ‘god’s law’ and the imposition of theocratic rulership with Satan’s rejection of god and the self-governance of western democracy. This leads him to align god with predominant power structures that seek to maintain their own privilege with god, while the maligned and downtrodden are demonized. His narrative brings to mind the rather unseemly tradition of modern prosperity gospel, in which worldly success is not a reward for virtuousness but proof of it and any unfortunate circumstance must somehow therefore be one’s own doing.

“The moral distinction becomes even more difficult to support when we observe that the damned seem to be in a much more sympathetic situation, insofar as God is actively depriving them of any grounds for repentance, while the blessed display a sociopathic lack of compassion toward precisely those who are suffering the worst conceivable pain.”

A Great Read, with Caveats

As a scholarly work The Prince of this World is thoroughly engrossing if you’re a fan of the subject matter, but new readers of such works may find it challenging in that it requires a familiarity with a wide range of philosophical thought ranging from Hobbes, to Nietzsche, to Aquinas, and more. It is not so much an easy read, but an enlightening one, and I highly recommend it for those interested in this sort of philosophical endeavor.

The Prince of this World by Adam Kotsko is published by Stanford University Press and is available on Amazon. 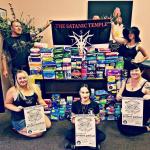 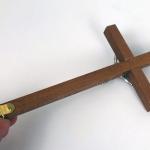 May 31, 2018 The Satanic Temple-UK Helps to Mail Upside Down Crucifixes to Bavaria
Recent Comments
2 Comments | Leave a Comment
Browse Our Archives
Follow Us!

The Scandal of Pastor John Ortberg...
Love, Joy, Feminism
Related posts from For Infernal Use Only