The Satanic Temple-UK Helps to Mail Upside Down Crucifixes to Bavaria May 31, 2018 Jack Matirko

So here’s a fun one as we approach the weekend.

Beginning June 1st a new law in Bavaria, the Kreuzpflicht (“crucifix obligation”) will require that all public buildings hang a cross in their entrances. A satirical artist, along with help from members of The Satanic Temple London & UK (TST-UK) is mailing dozens of crucifixes to public buildings across southern Germany.

The law stems from something of an identity crisis for the small south German state stemming from an influx of Muslim immigrants during the Syrian refugee crisis. That is, some people are feeling like their cultural heritage is being threatened and, according the the Bavarian premier Markus Söder, the crosses ‘should be seen as a cultural rather than a religious symbol’.

It would seem that Söder thinks it should be seen that way because Bavarian law is actually a secular institution with separation of church and state enshrined in its constitution. Opponents of the new law warn against the double standard of banning Muslim and Jewish symbols from the public sphere, while sneaking this ‘cultural identity’ exemption in for Christian symbols.

The Loophole is a Literal Loophole

Working with satirical artist Darren Cullen of spellingmistakescostlives.com, members of TST-UK and others funded and/or assisted with the production of run of the mill crucifixes with one key difference: the hanging hook is on the bottom edge. The inverted crosses are being packaged and sent to dozens of public buildings in Bavaria along with hanging instructions and a letter on fake Bavarian Government letterhead stating:

“The cross, as a visible commitment to the fundamental values of the Bavarian legal and social order, should be displayed in the entrance. As an expression of the historical and cultural shape fo the free state, it must be clearly recognizable to everyone … Rest assured that the attachment of the cross does not violate the principle of religious freedom, after all it is not a religious symbol.” (translated from German)

Apparently, no part of the law actually states how the cross must be displayed, just that it be displayed in the entrance. I asked Darren Cullen if he had any reservations about the possible legal ramifications of impersonating the Bavarian premiere and he says he’s not worried. “If I was prosecuted for impersonating Söder it would only make it funnier,” he said over Facebook messenger.

Secular Plurality is a Fruitful Playground

TST-UK Chapter Head Zeke Apollyon said they came to be involved in the project because they felt it was “an opportunity to highlight the subtle ways religion is used as a weapon in politics to create racial divisiveness”.

“The cross is a Christian emblem and an execution tool. It is dishonest and ridiculous to claim it as a simple passive cultural symbol.  The replica TSTUK has donated in solidarity is a more honest reflection of Bavaria’s growing secular culture, which we’re sure Markus Söder can appreciate as an apparent culture authority.”-Zeke Apollyon

Last week while researching my book review for The Prince of This World I came across a blurb for the book from Reading Religion’s Michael P. Murphy in which he said “The devil’s visitations have been multivalent in the course of history and we should not be shocked by the reach of his wily creativity. The devil is, as ever, the prince of this world, and he will have his seat at the table.” With regards to Kreuzpflicht, truer words have perhaps never been spoken. You can check out more pictures courtesy of Spelling Mistakes Cost Lives below. 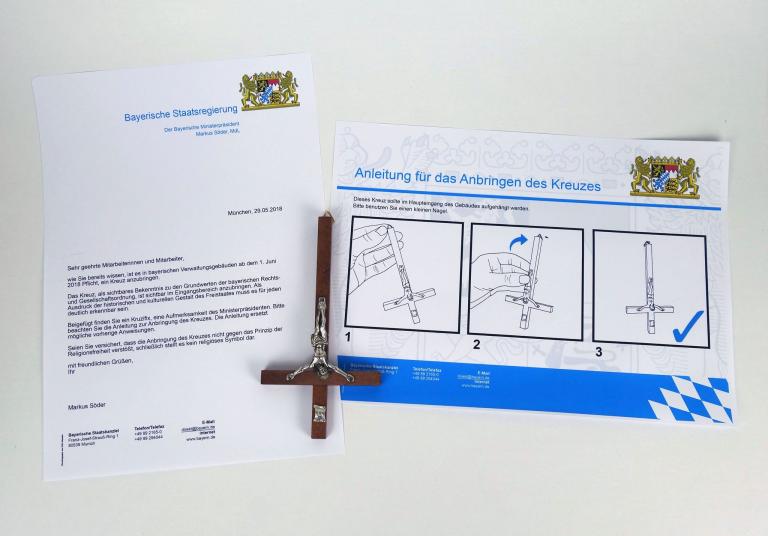 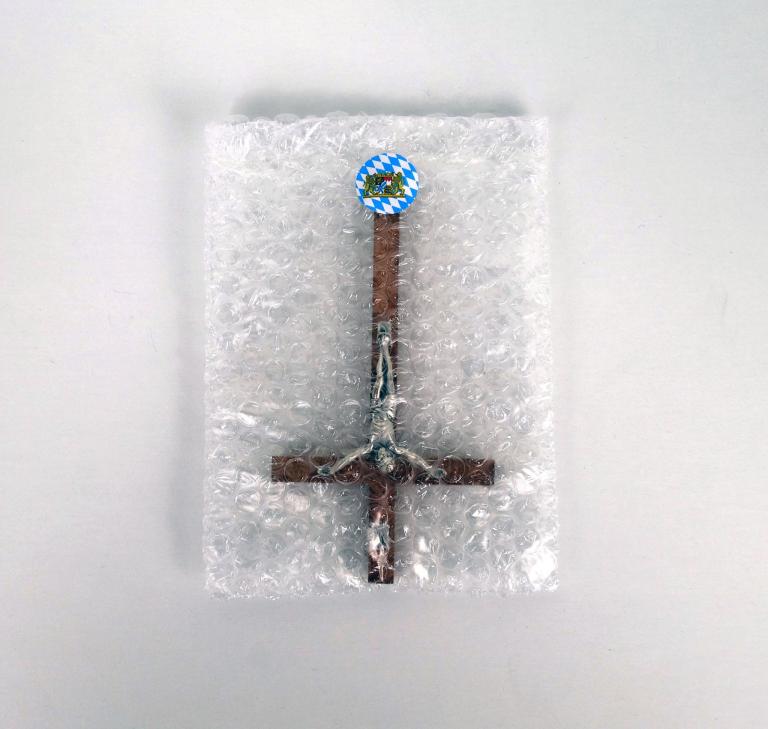 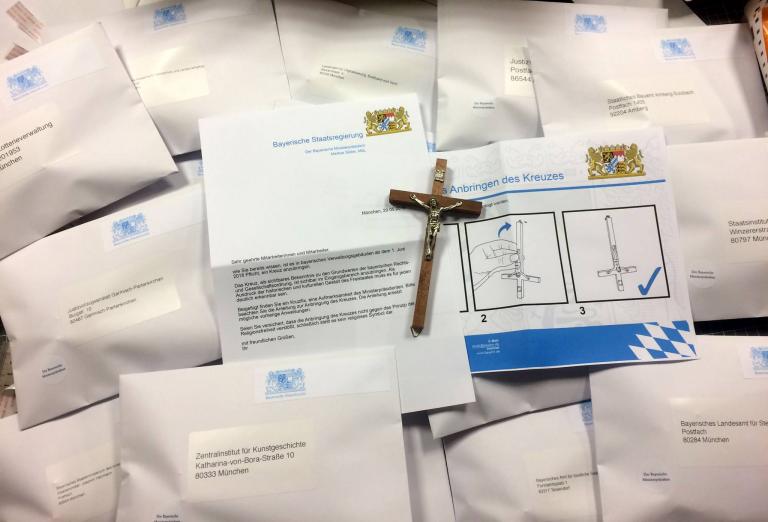 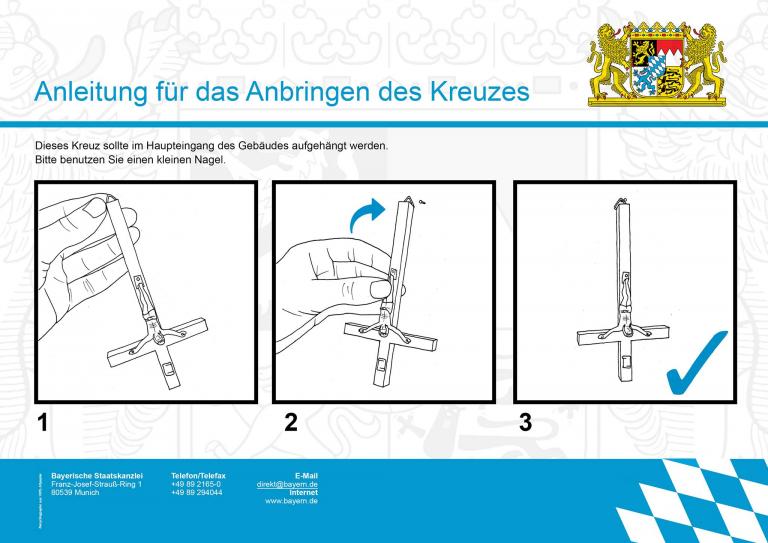 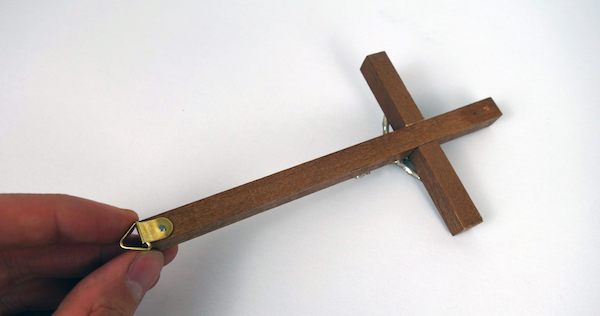 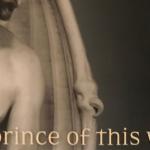 May 29, 2018
Review: The Prince of This World by Adam Kotsko
Next Post 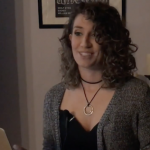 June 11, 2018 False Guardians and Witch-hunts
Recent Comments
20 Comments | Leave a Comment
Browse Our Archives
get the latest from
For Infernal Use Only
Sign up for our newsletter
POPULAR AT PATHEOS Nonreligious
1

Come Meet the Growing Ranks of...
Roll to Disbelieve
Related posts from For Infernal Use Only