Caliban and the Witch, Autonomy and Sexuality

Caliban and the Witch, Autonomy and Sexuality June 21, 2018 Jack Matirko

This review will be a little contentious. Not for my regular readers of this blog, but to discuss Caliban and the Witch by Silvia Federici properly I’m going to have to talk about things like abortion and Marxist-feminism so I expect there are people who will happen upon this article who might be a little confused by the positions being represented. Some of those people might even get angry. Sorry.

This isn’t a Satanic book, but I think it’s an interesting read and it offers a unique perspective so it’s worth the time to consider. Also, to note: yes, for my trans and intersex friends, this book does largely use a binary perspective; I didn’t write the book so don’t kill the messenger for that. But I think there’s plenty of room to expand on the themes of the book from a more inclusive perspective if you’re inclined because Federici makes the case that this binary gender struggle is as much a story of class division as one of free sexual expression.

Who is Caliban? Which Witch?

For the most part, when people say they’ve ‘read Shakespeare’ they’re lying. They fumbled through Julius Caesar, Romeo and Juliet, and (maybe) Othello in high school. Caliban comes from The Tempest, which is far less read or performed. Caliban is the island dwelling son of a witch called Sycorax, allegedly fathered by the devil. He was born on the island after Sycorax was banished there for “mishchiefs manifold and sorceries terrible”. By the time the real action of the play begins Sycorax has died and Caliban is alone. Then the protagonist of the play, Prospero, comes to the island. This establishes the conflict of ownership of the island, as Caliban claims it is his because it was his mothers, and the ‘hero’ Prospero takes ownership and forces Caliban into slavery.

Caliban is the ‘uncivilized’ animal nature, and his departed mother-witch a symbol of the pre-colonial whose banishment to solitude on the island while pregnant (presumably for whatever transgression resulted in said pregnancy) represents the marginalization and demonization of traditional cultures from modern society at the behest of ascendant power structures like wealthy merchants and the Christian church.

Federici, then, is invoking these characters as a literary metaphor for the role of the witch-hunts in medieval Europe in redefining the role of women in peasant society during the transition from feudalism to capitalism.We’ve briefly touched on this subject here on the blog before when discussing how alewives were persecuted as witches in order to seize their property and allow men to take over the industry of beer brewing. Federici delves into these ideas to illustrate how persecution, in the guise of accusations of witchcraft, was used to marginalize not just women but any ‘undesirables’ and excludes them from the growing culture of independent ownership.

The premise here is that, while women’s rights have always been curtailed by patriarchal systems, ironically feudal society actually afforded women certain liberties that became curtailed as society shifted from ownership by nobility to individual property and monetary trade.

“The authority of male serfs over their female relatives was further limited by the fact that the land was generally given to the family unit, and women not only worked on it but could dispose of the products of their own labor, and did not have to depend on their husbands for support. … Furthermore, since work on the servile farm was organized on a subsistence basis, the sexual division of labor in it was less pronounced and less discriminating than in a capitalist farm. In the feudal village no social separation existed between the production of goods and the reproduction of the work-force; all work contributed to the family’s sustenance. Someone worked in the fields, in addition to raising children, cooking, washing, spinning, and keeping an herb garden; their domestic activities were not devalued and did not involve different social relations from those of men, as they would later, in a money-economy, when housework would cease to be viewed as real work.” (p.25)

This is important because in a moneyed economy the premise is that one’s labor has value and by selling that labor one can acquire wealth and property, thus allowing the serf to buy their autonomy and freedom from servitude. However, the system requires a replenishment of the labor force, and the means of production of the labor force (i.e. babies) is entirely dependent on women choosing to have children. This sets up several of the reasons for persecution in the witch-hunts that would follow. Widows beyond child-bearing age and sterile women were devalued. The demonization of sex work to encourage monogamous relationships meant women were forced to serve as sole-source providers of emotional labor, which had no cash value thus making them dependent on men for their survival. Lastly, abortion became viewed as a refusal to serve the societal function of replenishing the labor force, and thus a threat to the entire system (particularly in times of high infant mortality rates).

“The witch-hunt condemned female sexuality as the source of every evil, but it was also the main vehicle for a broad restructuring of sexual life that, conforming with the new capitalist work-discipline, criminalized any sexual activity that threatened procreation, the transmission of property within the family, or took time and energies away from work.” (p194)

The result of this perspective is that if women own their bodies, then women own the means of production of the labor force. Because a steady labor supply is necessary to continued economic growth in a monied society it follows that forcing women to not terminate unwanted pregnancies is, in a way, the State socializing the property of women (their bodies) for the benefit of industry. Furthermore, by detaching sexual and emotional labor from the economy by criminalizing and demonizing it, such work is not a path to wealth acquisition which strips women of viable paths to social autonomy as well.

So, if we detach the witch-hunts of Europe from the professed supernatural underpinnings that we regularly mock as mere superstition today, a very clear picture of economic disenfranchisement emerges. Accusations of witchcraft were leveled as religious and spiritual in nature, but under scrutiny far more banal motivations emerge. In this view we can easily see the motivations that lead to how sex workers came to be portrayed as evil tempters, how homosexuality was deemed unholy, and how women’s participation in the wider economy came to become as disproportionately under-valued as it is today to incentivize their role as child-bearers. Finally then, we see how restrictions on a woman’s right to choose are, ultimately, not about the proclamations of an all powerful deity, but the mundane desires of an ownership class to derive wealth from property.

“Of particular significance is the relation the witch-hunt established between the prostitute and the witch, reflecting the process of devaluation which prostitution underwent in the capitalist reorganization of sexual work. As the saying went, “a prostitute when young, a witch when old, “ for both used sex only to deceive and corrupt men, faking a love that was only mercenary (Stiefelmeir 1977: 48ff). And both sold themselves in order to obtain money and illicit power, the witch (who sold her soul to the Devil) being the magnified image of the prostitute (who sold her body to men). Furthermore, Both the (old) witch and the prostitute were symbols of sterility, the very personification of non-productive sexuality. Thus, while in the Middle Ages the prostitute and the witch were considered positive figures who performed a social service for the community, with the witch-hunt both acquired the most negative connotations and were rejected as possible female identities, physically by death and socially by criminalization.” (p.196)

Caliban and the Witch is a thought provoking and unique read that lends much needed perspective to many sex and gender related topics a the forefront of today’s social discourse. I highly recommend those interested in these subjects to pick it up and contemplate the themes and narrative it presents.

(H/T to comedian Kaytlin Bailey from The Oldest Profession Podcast for recommending this book.) 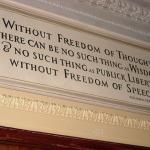 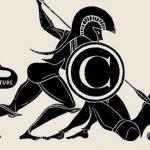 June 30, 2018 Satan, Ownership, Free Culture, and the Public Domain
Recent Comments
0 | Leave a Comment
Browse Our Archives
get the latest from
For Infernal Use Only
Sign up for our newsletter
POPULAR AT PATHEOS Nonreligious
1