I was glad that The Satanic Temple’s (TST) co-founder and spokesperson Lucien Greaves reached out to this blog to republish his free speech essay to a wider audience (read here). The mandate of Patheos is, after all, to “engage in the global dialogue about religion and spirituality, and to explore and experience the world’s beliefs”, so such discussion finds a comfortable home here. There can be no dialog on beliefs and the effects of those beliefs without the conceit that all ideas, provided they do not threaten or seek to impinge on the right of others to do the same, must be expressed if they are to be grappled with.

That said, there are a few points Lucien discussed that I would like to highlight and elaborate on from my own perspective.

In his discussion on TST’s 2014 attempt to perform a black mass re-enactment at Harvard, Greaves pointed out that the Catholic backlash against it garnered far more attention for the event than it ever would have received had they simply allowed the presentation to go on. This is equally true of TST’s Arizona chapter’s attempt to give an invocation at Phoenix’s City Council meeting. The resultant uproar in these cases brought far more attention to the campaigns than if detractors had simply allowed the invocation to occur without making a fuss. The media attention in such cases has, in many ways, done more to spur the revival of interest in Satanism than anything else.

However, I’d like to note another benefit of allowing unpopular speech to engage in open platforms: a lack of anonymity. In a way we can consider it analogous to the problem of dark money in the political realm. The issue there is not what is being said, but that we have no way of knowing who is the one saying it, so we cannot address them directly. It is the same with controversial speech by speakers in public venues. By allowing them to present their ideas in a public forum they are compelled to ascribe their identity to them. Whereas, if such speech is suppressed it is driven into the shadows and distributed anonymously, shielding the speaker from appropriate criticism.

We often lament the effect of ideological echo chambers in today’s culture, where people avoid ideas critical of their own and surround themselves with media that only encourages instead of challenges their preconceived notions. We find ourselves equally upset by those online who engage in hateful rhetoric behind the safety of screen names and avatars. Yet, to curtail their ability to bring those ideas into the public sphere denies us the opportunity to see which of these ideas they believe in strongly enough to put their real-life reputations on the line for. It also denies us the ability to confront those bad ideas with better ones. The end result of deplatforming a controversial speaker in one venue ultimately just means they will find a platform in another venue that is shielded from view, where their ideas fall on sympathetic ears unchallenged.

To Suppress Speech is to Give it Power

When we engage in campaigns to restrict or curtail speech that is offensive but otherwise benign (that is to say, it does not threaten, advocate violence or harm, nor carry the force of law) we are granting it power. By that I mean if one says that an idea is so terrible that to merely hear it is dangerous, then we are tacitly admitting that the idea has power. If we truly believe the idea is wrongheaded and obviously bad, where is there reason to fear it? In the wider discourse such attempts to stop, instead of malign or counter such ideas, suggests that we have no counter-argument, or at least that the threat the idea poses is so imminent that we don’t have time to offer such an argument. If we truly believe in the rightness of our own ideas, then why should we fear the wrong ones? If we feel that the challenge posed by such an idea is insurmountable through civil discourse, then perhaps our own ideas need to be questioned.

For example, let’s go back to the 1980’s and the Parents Music Resource Center (PMRC) controversy. The PMRC, lead by Tipper Gore (the now estranged wife of then Senator Al Gore) sought to suppress music that they deemed too offensive, violent, sexual, or controversial for youth. The resultant uproar, of course, resulted in booming popularity, a phenomenon perhaps best expressed in 1990 by the band Aerosmith in an award acceptance speech on MTV.

“Thank you Tipper (Gore) and Jesse (Helms),” said singer Steven Tyler, “for making sure that as long as there are a few four-letter words on the album, it’ll sell an extra million copies.”

We see, time and time again, how attempts to suppress controversial speech only leads to it’s propagation and growth. And after all, who do any of us trust enough to determine what is and is not offensive? For what happens if we give someone that power and then they decide something we say or think has crossed their line in the sand? 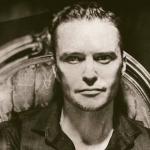 June 19, 2018
Lucien Greaves on The Satanic Temple and Free Speech
Next Post 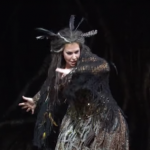 June 21, 2018 Caliban and the Witch, Autonomy and Sexuality
Recent Comments
7 Comments | Leave a Comment
Browse Our Archives
get the latest from
For Infernal Use Only
Sign up for our newsletter
POPULAR AT PATHEOS Nonreligious
1