Sometimes keeping a close eye on legal processes is a bit like trying to predict the weather. You see legislative action taking place in different states and can see the system forming that will eventually lead to a Supreme Court case if the conditions are right. The basic trick to triggering SCOTUS to take an appeal has everything to do with getting two circuit courts to disagree on something.

Here’s what’s going on with abortion challenges as anti-choice advocates continue to try and force the issue in advance of an ideologically biased judiciary.

Texas’ 2017 Senate Bill 8 requires aborted fetuses be cremated or buried. It’s a pretty naked attempt to push the personhood issue by claiming fetal tissue is entitled to a commemorative religious ceremony. The implementation of the bill was blocked by the court in January pending a court decision. The court case started last Monday.

Proponents of the law claim that the burial requirement is a matter of ‘dignity’, which is an insane notion. To argue that fetal tissue is somehow entitled to a dignified burial yet somehow a woman is not entitled to the dignity of making a private medical decision without involving the Catholic Church is farcical. Oh yes, the Catholic Church is involved because they are offering to facilitate said burial services, which is fascinating because it would allow them to potentially profit off of a practice they ostensibly find abhorrent but that’s neither here nor there. Or is it?

If the court goes along with this argument they would be saying that religious charities promising they will provide services are enough to overcome a claim of ‘undue burden’. Then, if the law is put in place they will almost certainly do everything they can to make compliance difficult for abortion providers.

It’s hard to ignore the murky shades of influence here. Religious hospitals are already sole providers in many rural areas, blocking access to certain services by using RFRA laws as a shield. To further encumber private providers by requiring them to coordinate with those same religious groups for disposal of biohazardous materials would appear to only exacerbate religious burdens on secular rights. This is equally disturbing if the case ends up before the SCOTUS because the proposed new Supreme Court justice has a rather aggressive history on his interpretation of how much burden is ‘undue’.

On Wednesday, the 7th circuit appeals court upheld an injunction blocking an Indiana law that would require a fetal ultrasound and 18-hour waiting period before obtaining an abortion. This case too hinged on how much burden constitutes ‘undue burden’. This case is of particular interest because it challenges the same kinds of laws at issue in The Satanic Temple’s Missouri challenges to informed consent materials and imposed waiting periods.

According to the IndyStar, Judge Ilana Rovner rather scathingly rejected the Indiana law in her ruling, saying:

“Women, like all humans, are intellectual creatures with the ability to reason, consider, ponder and challenge their own ideas and those of others. The usual manner in which we seek to persuade is by rhetoric not barriers.”

We are now at the point where judges need to actively remind lawmakers that women are people, and that trying to herd them like cattle into becoming unwilling mothers by putting legal and financial hurdles between them and medical treatment is infantilizing and wrong. That is a thing that happened.

What becomes possible now, though, is that if TST’s federal court action in Missouri is defeated and appealed there would be a conflict of rulings between the 7th and 8th Circuit courts, which is a state of affairs that makes the whole thing more likely for the Supreme Court to take up. Recall that gay marriage became legal over the court settling disputes between various state laws.

On the other hand this does add precedent that the Missouri courts need to take into consideration while deliberating the cases before them, so there is cause for hope there that the circuit courts may agree. Unfortunately, anti-choice advocates have been pulling these shenanigans all over the country so now we have to talk about the 6th Circuit court too.

Also on Wednesday, in the 6th Circuit an attorney for the state of Kentucky argued to have the state’s ultrasound and informed consent materials re-instated after being blocked by a lower court. Again what’s important here is if there ends up being a disagreement between this case and the Indiana decision it would be very hard for the Supreme Court to not take an appeal challenge from either one of them. Here too, what constitutes ‘undue burden’ is central to the case. The State is basically arguing that being forced to have an ultrasound and listen/be given state mandated materials is not a burden because as Court House News reports “the bill that allows a patient to turn down the volume on the heartbeat monitor or cover her ears during the physician’s explanation”. Apparently the state of Kentucky doesn’t believe coercive guilt and shame to a captive audience at the behest of the state is a burden. Gross.

Now we wait. But it certainly looks like anti-choice theocrats are hell bent on getting these cases before the Supreme Court in short order, which only amplifies the important of the upcoming Senate deliberations over Brett Kavanaugh. One thing is clear, as theocrats continue to attempt to merge religion and politics, it becomes increasingly difficult to to not write about religion as politics and vice versa. For more on that check out our ongoing discussion on Dominionism and stop back for more on that soon. 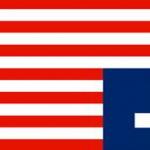 July 18, 2018
Christian Reconstructionism: The Template for American Theocracy
Next Post 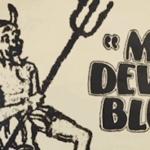 July 28, 2018 The Devil and the Deep Blues, He
Recent Comments
0 | Leave a Comment
Browse Our Archives
Follow Us!