The Satanic Temple Rallies for Religious Liberty in Arkansas

Today in Little Rock, AR The Satanic Temple (TST) has organized a “Rally for Religious Liberty” in defense of pluralism near the Arkansas State Capitol 10 commandments monument. 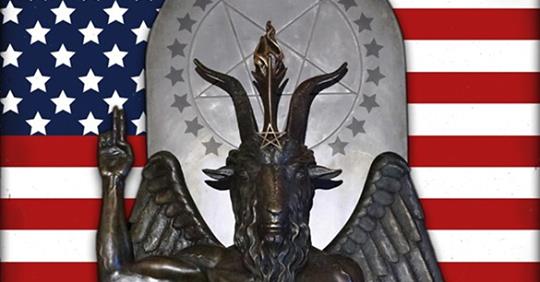 A Rally for All Religious Rights, Not One Religion’s Privilege

The rally comes as TST is attempting to enjoin the lawsuits brought by the American Civil Liberties Union and the Freedom From Religion Foundation in opposition to recently erected 10 commandments monument As stated by TST co-founder and spokesperson Lucien Greaves on the event’s Facebook page:

“Freedom of Religion means that the government must not be allowed to endorse one religion over another or inhibit any religious voices from access to public forums in favor of another. By installing a Ten Commandments monument on their capitol grounds while rejecting other privately donated monuments of religious significance, the Arkansas State government has flagrantly violated a founding Constitutional principle, for which we call upon the people to rally with us to defend.”

As reported this morning by Arkansas Times the list of speakers include a Christian Criminal Justice scholar, a progressive Christian minister, a founding member of the Arkansas Society for Freethinkers, and TST-Santa Cruz Chapter Head Sadie Satanas.

Tonya Hartwick Burt is a resident of Guy, Arkansas and will be graduating from Colorado Christian University in December with a degree in Criminal Justice. She is a true example of the resurrection power of Christ Jesus. She was dead in her sins and now experiences freedom in Christ. She serves as Auxiliary member alongside her husband in Gideon Internationals.

Chad Jones is a Conway-based minister with Arkansas Progressive Christians (APC). APC is a Christian organization that seeks to show Christ’s love to all people. APC fights back against bigotry, prejudice and discrimination that may occur in the name of the Christian faith.

Sadie Satanas is current Co-Chapter Head of the Satanic Temple Santa Cruz, TST’s sole California chapter. As a transgender female, activist and sex worker, she is committed to the quest for religious pluralism and equality in our country. Sadie strongly believes all faiths deserve equal footing in the United States and is dedicated to fighting for the rights of others as well as her own.

Leewood Thomas was a founding member of the Arkansas Society of Freethinkers (ASF) and served as its first Vice-President in the mid 1990’s. Lewood served as media liaison for ASF for many years. More recently, he founded the Saline Atheist & Skeptic Society which has applied for its own “Wall of Separation” monument for the Capitol grounds not long after the 10 Commandments bill passed.

In the state’s release of event details Arkansas State Senator Jason Rapert (R-Conway) couldn’t resist getting in what I’m sure he thought was a clever defense of his point of view, stating:

“No matter what these extremists may claim, it will be a very cold day in hell before an offensive statue will be forced upon us to be permanently erected on the grounds of the Arkansas State Capitol. Our Supreme Court ruled in the 2009 U.S. Supreme Court decision Pleasant Grove v. Summum that no group can force a government body to do such a thing.”

That, of course, is the rub though isn’t it. There already is an offensive statue that has been forced upon the non-religious and minority religious citizens of Arkansas. Mr. Rapert saw fit to foist it on them as part of a majority that is unconcerned with the rights of minorities. A position that Rapert has clearly expressed in the past.

Immune to this hypocrisy, and unaware of his own gross misunderstanding of how rights work, Rapert went on to say:

“I pledge to all Arkansans that we will defend the will of the Arkansas people and the honor of our great state. It was my honor to sponsor the bill which led to passage of the Arkansas Ten Commandments Monument Act and I hope to help every state in our nation do the same if they wish to do so.”

So that’s Rapert’s plan, like a good little Dominionist he wants to litter every state in the Union with his theocratic nonsense. TST might need a few more Baphomets.

I am told a livestream of the event may be made available. If so this post will be updated. 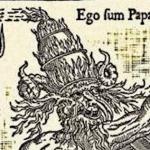 August 15, 2018
A Personal Reflection on the Pennsylvania Catholic Abuse Scandal
Next Post 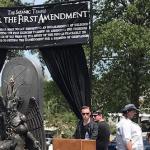 Deconversion: Brett McCracken Gets It Completely...
Roll to Disbelieve
Related posts from For Infernal Use Only