The Shame of It All: The Arkansas Rally & Its Aftermath

The bulletproof vest looked even more unnatural when I tried to wear a shirt over it, though wearing it openly seemed to defeat the purpose. I assumed that anybody taking note of the armor would just opt for a head shot… Nonetheless, I knew that if I didn’t wear the vest, I would feel very irritated with myself if I ended up spending my dying moments bleeding on the ground from a shot to the torso. The vest would only be vindicated in the event of gunfire, which I felt was still a fairly low, though not negligible, risk. Without any gunplay, the bulletproofing would likely be interpreted as dramatically theatrical or overly-paranoid, but to my security team there was little question that I should forgo fashion for safety.

When I put a coat on, the vest seemed to look as inconspicuous as it could… at least, it was fairly inconspicuous in the lighting inside the air bnb I was sharing with a security team whose main purpose was to keep me alive and unmaimed during my visit to Little Rock. In the full light of the sun, however, the velcro strips and straps made it all but impossible to mistake the visible front of the vest for a mere black shirt as I had hoped.

Ingress and Egress Amidst Threats 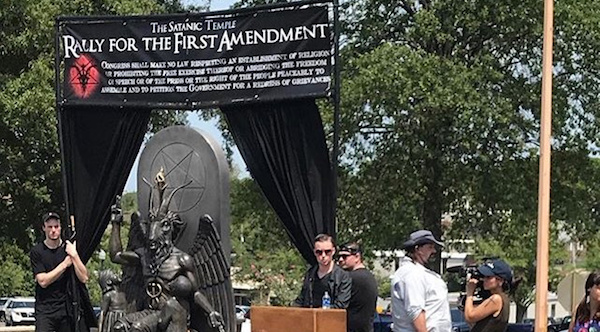 We parked a block away from the rally with a view directly ahead of the Capitol steps where the event would take place. We decided, sensibly, that we (me and the bodyguards assigned to me) would only walk to the staging area at the time in which I would deliver my speech. We weren’t parked long before we saw our first gun. From our vantage point we had a pretty good view of people walking toward the rally, and ahead of us a man in a green polo shirt, khaki pants, and a baseball cap parked his pickup truck, got out, tucked a walkie talkie in one pocket and checked his side-arm under his shirt before slowly making his way indirectly toward the rally.

The truck with Baphomet pulled up before the Capitol steps then slowly backed up and began to turn around so that the monument might face the waiting crowd. Some men stood directly in the truck’s path, apparently hoping to prevent it from taking its intended place. Unfazed, some people from our team cleared the path by “blindly” walking backward directly into the small human wall, forcing them aside, while guiding the truck.

Guns weren’t allowed on the Capitol itself, but just across the street from the steps, a mere yards away, guns were fully permitted, and it seems everybody reported seeing some. While one of our speakers — a Christian minister — was delivering his speech in defense of Church-State separation, a man in a ski mask with a sharpened stick approached him shouting hysterically. The cops led him away.

When I began my walk up the street to take the podium, we noticed some men in black shadowing us from across the street. They too were armed, and they too had walkie talkies. They seemed prepared to take some type of immediate action, and for a moment we stopped and looked directly at them, at which point they actually took cover behind the edifice of a stone slab. I had to take the stage knowing that those guys were to my back.

The threats we had received were from white supremacists, and when I looked upon the crowd I saw, toward the back, a small group of ignorant slobs holding up Christian and Confederate flags. Addressing the assembled crowd, I drew attention to the “flabby old men who fashion themselves the ‘master race’,” noting that they were neither impressive in their physical or intellectual capabilities, though I speculated that their mommies found them handsome — pathetic and frightened little boys that they apparently are.

A Facebook commenter later claimed that he had witnessed suspicious armed men “siting in” on me, and reported it to the police, whereupon they intervened. We’re filing a public records request to see what reports and/or arrests might have been generated from the events of the rally.

A team from Vice was filming the entire rally, and they too encountered suspicious armed men whom they drove away by turning the attention of the camera upon them.

I left the stage and Security led me quickly toward a car that was parked in the opposite direction from where we had arrived. This seemed to confuse the armed fellows in black who appeared prepared to intercept me had we returned the way we came. One of them waved at us upon realizing we were on an alternative route. We were even followed by pickup truck for a short while, leading us to drive erratically along a convoluted route before finally making it back to the temporary headquarters.

Most news reports took no note of any armed or suspicious characters. Some outlets even wrongly reported the man with the ski mask and sharpened stick to be a Satanist, even though he was quite clearly screaming in outrage against what he saw as an affront to Jesus, and even though he was openly threatening a speaker at our own rally.

The day after, HLN News had me on for what was intended to be a 15 minute segment, but only ended up lasting about 2. The host was interested in a narrative in which we, The Satanic Temple, were tastelessly assaulting the deeply-held beliefs of others, insisting upon no religious iconography anywhere ever. She wasn’t interested in the story once I corrected her and began to explain that we were defending pluralism, government viewpoint neutrality, and real Religious Freedom. She idiotically impugned the idea that we were motivated by our own deeply-held beliefs, rather than a childish sense of whimsically pranksterism. After trekking out into an armed and hostile crowd, in over 100 degree weather, carting along a 2-ton bronze monument, flanked by a security team in the hopes of preserving my life, that type of asshole interview is still what I can expect from most major outlets. Meanwhile, the evangelical minister senator responsible for the 10 Commandments monument can sit in his air-conditioned office while the taxpayers support his unconstitutional legal battle waged through the Attorney General’s office, all while himself propagating the notion that we are not an authentic religious movement.

It did not take long before I caught wind of even more perplexing criticisms. It was brought to my attention that there was a minor uproar involving my having “fat shamed” the neo-Nazis when I addressed them prior to my speech. In fact, I had referred to them as “flabby,” which doesn’t necessarily denote that they are overweight, but certainly out of shape. As I explained to one person: if I encounter an adult who is 4 feet tall, I’m certainly not inclined to mock them as “undersized,” nor am I likely to put much thought at all into the discrepancy in our heights. However, if this 4 foot tall person is to claim that they are in fact a towering giant and superior to me, and most the rest of the world, because of it, I am probably going to confront their delusion. Similarly, the neo-nazis are both stupid and visibly physically underwhelming. It is their claims to “master race” status, not either of those conditions in and of themselves, that make the neo-nazis physical and intellectual capabilities fair game for criticism.

News reports seemed unable or unwilling to understand the meaning of the rally, though it was clearly and explicitly spelled out. Conservative outlets are largely holding fast to the notion that we are disparaging Christians, fully ignoring that we even had Christian ministers as speakers. Conspiracy theorists see the rally, of course, as evidence for every unrelated asinine thing they believe… while on the side of our “supporters,” we apparently have some population that feels it goes too far to insult the physical condition of Nazis.

I’m told the rally was a success. 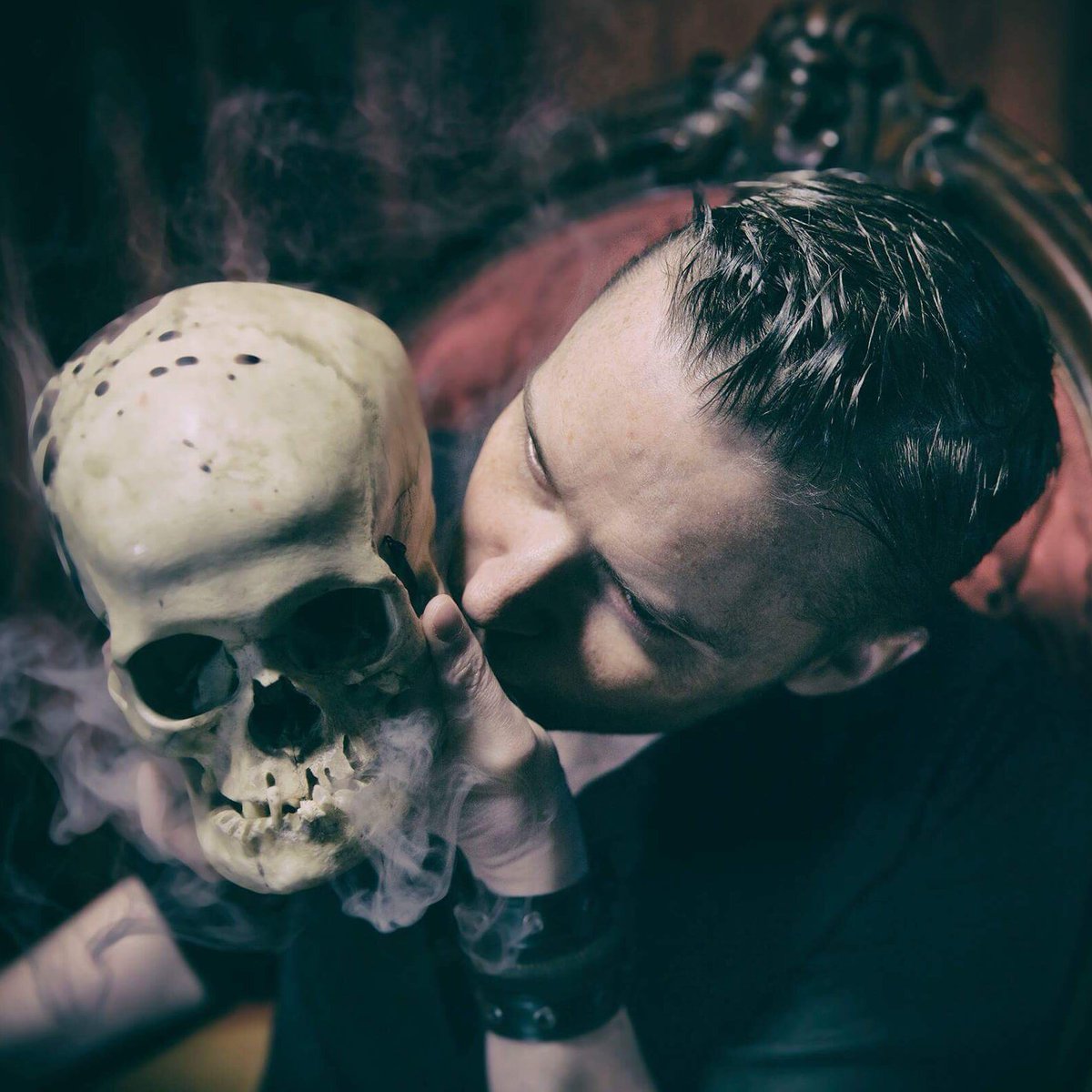 About Lucien Greaves
Lucien Greaves is the most prominent and outspoken contemporary Satanist in the world. As spokesperson for The Satanic Temple, Greaves has gained international attention as an advocate for religious liberty and the voice of the Satanic Reformation. He has delivered lectures at Universities and colleges nationwide, and has been a featured speaker at conferences for American Atheists, the American Humanist Association, the Secular Student Alliance, and many others. Press inquiries should be directed to media@thesatanictemple.com You can read more about the author here.
Previous Post 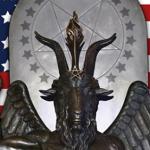 August 16, 2018
The Satanic Temple Rallies for Religious Liberty in Arkansas
Next Post 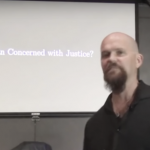 August 27, 2018 Satan at the Crossroads Series via The Satanic Temple-Dallas
Recent Comments
7 Comments | Leave a Comment
Browse Our Archives
Follow Us!

Pastors Upset Over Supreme Court's LGBT...
Dispatches From the Culture Wars
Related posts from For Infernal Use Only