In 1954 a puritanical jackass by the name of Fredric Wertham published a book called “Seduction of the Innocent” in which he warned that comic books were terrible, horrible things that lead to juvenile delinquency and eventually resulted in the establishment of the Comics Authority Code (The Code), which sought to self-censor the comics publishing industry to avoid government oversight. Slightly thereafter, in 1961, a man named Stan Lee started writing superhero comics for a wider audience, subverting The Code by telling complex morality tales within the confines of their restrictive guidelines that had laid waste to the ‘more adult’ stories that had been phased out of the market at the behest of pearl-clutching zealots.

Bear with me, dear reader, it’s a strange day but I will tie this into the narrative arc of this blog … somehow.

I Don’t Think I’d Be Here Without Stan Lee

When you get right down to it, the work that Stan Lee brought into the world, morality tales about fantastical beings with superpowers, has become our modern mythology. Anyone who has ever been to a comic book convention knows, really knows, that even though they’re definitively imaginary that fans can come to blows over whether the Hulk could beat Wolverine, geeks the world over feel a kinship with Peter Parker’s struggle with having grown up a bumbling nerd who was suddenly gifted the power to change the world; everyone thinks Reed Richards is kind of a dick. These stories tell us things, they tell us our imaginary heroes are superpowered but fallible. In the end Stan Lee’s legacy is that he gave us heroes that are like us. They’re powerful, yes, but flawed and conflicted.

These stories came at a time where the only other competition for such heroism was Jesus. This was a shocking revelation for anyone maligned for being different growing up, for anyone who didn’t fit the narrative mold of cheerfully marching toward tedious and stolid adulthood. Stan help us recognize that people can be complicated and conflicted, that sometimes good people do bad things, that no one is perfect even if they can shoot lasers from their eyes, or bench press dump trucks; that just because your job pays bad doesn’t mean you’re bad.

Superheroes were Better than Jesus

The thing about these heroes is they were like us. They had powers, sure; they were fantastical and imagined. But they just wanted to do the right thing; they just wanted to be happy; they loved Hostess Fruit Pies. We didn’t get that in church from stories of Jesus, who always felt like the perfect older brother you could never stack up to. This, I think, was a chink in the armor of the Christian narrative. We didn’t idolize Jesus because his teachings just weren’t accurate. Sure he said ‘turn the other cheek’ which was fine when someone looked down their nose at your outfit at the pot-luck, but Captain America taught us that sometimes you just need to punch Hitler. He wasn’t wrong.

I think Stan Lee taught us that stories are just that, stories. Stories are powerful things, they teach you about morality not by rote memorization of rules, but by illustrating how our actions affect each other, and that sometimes the rules are wrong. When done well they show us that morality isn’t black-and-white, but shade of grey. They’re not real, but the lessons they teach are, and the lessons are what matter. They teach us that seemingly insurmountable evil can be defeated (Stan had shades of G. K. Chesterton, less verbose perhaps, but more on-point).

Stan Taught Us to Dream

Without Stan Lee there’s no Swamp Thing, without Swamp Thing there’s no Sandman, without Sandman there’s no American Gods. My friend and co-blogger here on what passes for a Satanist Channel on Patheos once said “Never let your activism be artless”. I would say that Stan Lee took a different, but no less worthy, track on a similar theme that I would turn around and say as “Never let your Art be meaningless”. Yes, comic books are, proverbially, ‘low art’. They’re not high-concept, they’re not an art that people have to work to understand or have post-baccalaureate degrees to interpret. They’re for everyone. They’re the stories of the masses that grow and shift and change with the needs of the time. They don’t try to be definitive; they try to be what they need to be Right Now.

The Heroes Could Lose

Of course we never expect our comic book heroes to lose, but in comics it was possible, which again made characters like God and Jesus a crap protagonists. It was fun for a while, as a kid, to think that there was some grand being who could do no wrong, but no one ever really thought they could live up to that,. Comics like Stan Lee’s taught us that if you thought you had achieved perfection you most certainly hadn’t, we were on our own. Stan Lee taught me more about the folly of hubris than Jesus ever did. That sounds trite but for a lot of us it was a huge realization; we would never be perfect; we would always be conflicted. To the kid that knew he would never be on the football team, or could never figure out why the football team got more respect than the chess club, that meant a lot. It gave us hope. It told us the ‘never-perfect’ could be successful, it taught us about what the Japanese call wabi-sabi. It taught us that we are perfect in our imperfection and that something technically perfect … just isn’t perfect.

So yes, in the eyes of those like Fredric Wertham I, and many others, are ‘corrupted’ because we have embraced our imperfections, and in a way he was right that we learned that from the likes of Stan Lee.

I maintain we’re all better off for it. RIP Stan. 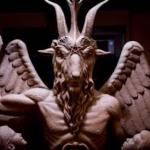 November 2, 2018
Baphomet and Sabrina: A Cinderella Story
Next Post

Jill Rodrigues Breaking Ohio's Mandatory Stay...
No Longer Quivering
Related posts from For Infernal Use Only