Attorneys for the State of Arkansas have asked for a temporary stay of proceedings in the legal challenge to Stanley J. Rapert’s (R-Conway) 10 Commandments monument on the Arkansas Capitol grounds. Arkansas Times reports:

“The motion from attorneys representing the state say the case pending before the U.S. Supreme Court presents the question “whether the constitutionality of a passive display incorporating religious symbolism should be assessed under the tests articulated in [previous U.S. Supreme Court cases from 1971, 2005 and 2014], or some other test.” 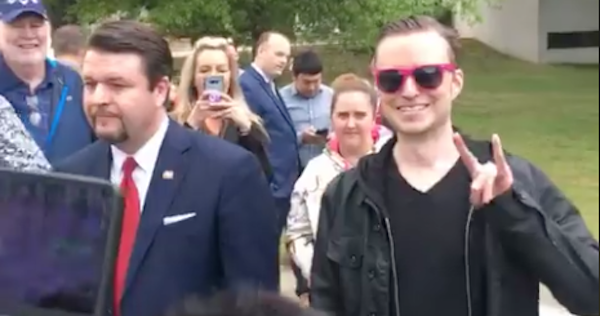 In October of 2017 the U.S. Court of Appeals for the Fourth Circuit ruled that a 30-foot cross monument in Prince George’s County, Maryland was unconstitutional. A subsequent appeal attempt before the entire 4th Circuit in March of 2018 also failed when the court (in an 8-6 ruling) denied a rehearing of the case. Then, this past November the United States Supreme Court (SCOTUS) agreed to hear a final appeal to the case. Last week SCOTUS announced that oral arguments in the Bladensburg case are scheduled for February 27th.

In the new move from Arkansas, the state’s attorney’s claims that the Bladensburg case’s central issue “is the constitutionality of a passive display that incorporates religious symbolism,” arguing that a SCOTUS ruling on the constitutionality of the Maryland cross monument “is likely to simplify and clarify the legal standard that controls the disposition of the principal claims” and that the Arkansas case should be halted until SCOTUS renders a verdict.

I think this is where things get fun. In the original bill that Arkansas passed to erect Pastor Rapert’s monument they tried to weasel around the 10 commandments being decidedly religious iconography by inserting language to simply insist that they aren’t.

Let’s ignore the bit about how just mentioning god so many times kind of ignores that it does endorse theistic religion over non-theistic religion and non-religion for the time being. It’s significant, but taken in concert with Rapert’s other statements about the monument it sets up a very Schrodinger’s cat like proposition because Rapert has repeatedly asserted that the monument is not religious and is instead meant to honor “the historical foundations of law”.

You mean the monument to honor the historical & moral foundation of law? The Ten Commandments Monument we have just like Texas, Arizona, Colorado & Missouri? That was just the first monument – we have MANY more planned as promised. You can donate here: https://t.co/eW0AkzXGFc pic.twitter.com/WcvH3WMkws

And again in his press release on the monument’s reinstallation in May:

Again and again, Rapert continues to justify his monument by asserting that it is not a religious monument. How then, one must wonder, does a case involving a privately donated religious monument have any bearing on the Arkansas 10 Commandments? If Arkansas is admitting the religiosity of the monument then it would seem, to me, to hurt their case instead of help it.

On Friday the judge in the Arkansas Case said she won’t rule on the request to stay proceedings until lawyers for the plaintiffs have had time to respond in writing. 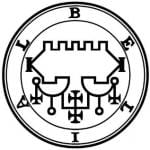 January 25, 2019
Theistic Satanism is as Absurd as Every Other Theism
Next Post 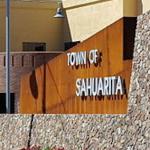