Penny Lane and her producer Gabriel Sedgwick have been following Lucien Greaves and many other members of The Satanic Temple around the country with cameras and microphones gathering footage and conducting interviews for almost as long as I’ve been involved with TST. They were there at TST-Arizona’s 2017 Bisbee event; they were at Grey Faction’s ISSTD protest in Chicago; they’d turn up in Salem for events at TST Headquarters; they flew out to Indiana to get footage of that chapter’s highway cleanup. If a TST chapter was doing something worth getting on camera they were there. So over the last couple years I’ve managed to cross paths with them probably a half-dozen times.

All of this was in service of producing a documentary about modern Satanism that now has a name, a premiere schedule at the lauded Sundance Film Festival, a distributor, and a fair amount of buzz.

“Hail Satan?” is, according to a press release from the film’s distributor Magnolia Pictures “an eye-opening and completely satisfying film about outsiders who have united around the common causes of love and religious freedom … [it] is as uplifting and hilarious as it is thought-provoking.”

Of course I haven’t seen the film yet, but as somebody who has met or is at least FaceBook friends with just about everyone from TST who is likely to appear in the film: Yep, that sounds like them.

“A Canonical Text About This Movement”

Yesterday Sundance Institute released a Meet the Artist promo for the film in which director Penny Lane gives some brief thoughts on The Satanic Temple, which she calls “already one of the most controversial and confusing religious movements that the United States has ever seen”. She also expressed her fascination with misconceptions about what Satanism is and what it means to TST’s adherents. Check out the interview promo below:

Though Magnolia Pictures has already picked up distribution for the film no announcements have been made about a wider release yet. However, even if you can’t make it to Sundance it looks like “Hail Satan?” will be available to the rest of the world in the not-to-far off future. 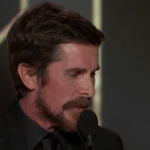 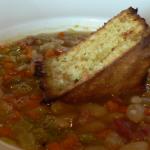 Christian Strategies Reveal Their Disbelief in...
Roll to Disbelieve
Related posts from For Infernal Use Only