Arkansas State Senator Stanley “Jason” Rapert (R-Conway) Is back in the news again. This time for calling to boycott a Little Rock venue called Vino’s because their event listing for a band night futures a badly photoshopped image of him eating a baby.

By my count of this morning’s google news results show several articles regarding Rapert’s outrage over the flyer. In contrast, there has only been one article on Rapert’s proposed legislation SB149 in the last month, which was before the Arkansas Senate Public Health Committee today for evaluation before the bill goes to the floor. The kerfuffle also overshadows new filings this week in the pending lawsuit by American Atheists against the representative for alleged misuse of his social media accounts in an official capacity.

SB149 was approved by the Health Committee on Wednesday and will now head to the Arkansas State Senate floor for a vote.

The bill, which Rapert is calling The Arkansas Human Life Protection Act would, upon Roe v. Wade being overturned by the Supreme Court of the United States (SCOTUS), immediately outlaw abortion in Arkansas except in the event of a medical emergency.

With a frankly stunning bit of gall, the bill outlines Rapert’s opposition to the SCOTUS decisions that enshrined access to abortion procedures as a right by trying to conflate abortion with slavery and racism. Also, in a contorted bit of reasoning (which is fairly common for Stanley) he attempts to claim that because SCOTUS has overturned decisions based on new evidence, that his misunderstanding of science means that they should overturn Roe as well.

[(a) The General Assembly finds that](12) The State of Arkansas urgently pleads with the United States Supreme Court to do the right thing, as they did in one of their greatest cases, Brown v. Board of Education, which overturned a fifty-eight year-old precedent of the United States, and reverse, cancel, overturn, and annul Roe v. Wade, Doe v. Bolton, and Planned Parenthood v. Casey.

(b) It is the intent of this subchapter to ensure that abortion in Arkansas is abolished and protect the lives of unborn children.

If passed, and if conservatives succeed in their attempts to do away with federal abortion protections in the courts, the resulting legislation would subject anyone who performs or attempts to perform an abortion to a felony conviction and a sentence of fines up to $100,000 and up to 10 years in prison.

Trigger Bills Are All the Rage These Days

It seems that with the appointment of Brett Kavanaugh to the SCOTUS conservatives are dead serious about mounting a sustained a multi-pronged assault on Roe and the reproductive freedom of citizens. Other states like Kentucky, Tennessee, Utah, and Iowa have all proposed similar legislation or so-called “heartbeat bills” to try and force the issue before the high court. This, of course, is in stark contrast to the rest of the civilized world, where abortion bans are being overturned and women’s right to make their own reproductive health decisions are being expanded. 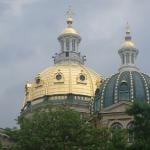 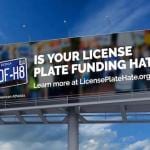 February 13, 2019 Arizona’s HatePlate Campaign Draws Cheers, Highlights Disparity
Recent Comments
8 Comments | Leave a Comment
Browse Our Archives
get the latest from
For Infernal Use Only
Sign up for our newsletter
POPULAR AT PATHEOS Nonreligious
1