Are We Really Surprised By College Admission Scams and Cheating?

Are We Really Surprised By College Admission Scams and Cheating? March 15, 2019 Jack Matirko

I got an A in a Political Science class at Harvard once. I’ve never been there, and have certainly never been enrolled there. I got paid to do it; someone I’ve never met took credit for it.

Rich Parents Pay to Get Their Kids into ‘Good’ Schools

The new media scandal is that a bunch of people with more dollars than sense bribed athletic coaches to sign their kids to teams in exchange for a pile of money. That’s immoral, it’s cheating, it’s tragic.

It’s Also Only Half the Story

Remember, most schools have academic standards that these trust fund kids need to meet in order to qualify for the team. So how do these kids actually keep up with the academic rigors of college life? Well, I can tell you: They pay other people to do their work for them.

I know, because I’ve done it.

Back when I was an intrepid young lad with a degree in typing things at people I was working freelance for a small Arizona arts and entertainment website and a magazine startup. However, that wasn’t quite paying the bills, so I signed up with a term paper writing service.

It makes sense for someone doing this kind of work. A decent, original, term paper can get you $20-$25 a page. That’s a college paper page, too (times new roman font at 12 pt, double spaced, with 1-inch margins), so at twenty-five bucks a page that’s like 10 cents a word. Frankly, that often pays better than this blog does. It’s not exactly honest work, but what is?

I mean think about it for a minute. Let’s say you’re just really good at academia, and you enjoy it. On one hand you’ve got a group of people willing to pay you $100-$250 each for the kind of thing you can write in a night on whatever topics they need. On the other hand you could get a fast-food job that pays just under 60 bucks for an eight-hour shift.

Not only is the pay better, but they’re paying you to learn things, which is what you really enjoy doing in the first place. Why wouldn’t any self-respecting nerd do that?

Most people think nerds won’t do that because it’s ‘against the rules’. We tend to be very good at interpreting technical language though.

I Never Broke My Word to My Schools

While I was writing term papers, I made a point to never write for someone going to a school I had previously attended. I signed honor codes at those schools which said I wouldn’t participate in any cheating at that school, but if someone at another school wanted to pay me to write a paper for them, then they were the one breaking their word to their school, and that wasn’t my problem. I just needed the cash.

Look — the fact is that for a budding writer starting out with nothing on their resume, you do whatever you can and try to figure out how to make something of it. I’m pretty sure I used to list term paper writing on my resume as ‘freelance editorial services’ and ‘commissioned work’.

It’s actually pretty easy money. Writing a blog to the entire world means you have a potential audience of millions of people who you need to consider. When you’re writing a term paper you only have an audience of one, the person grading it.

In the late 2000’s this was a boon opportunity. There started to be teachers who had grown up with the internet and were wise to kids sharing their papers with each other. Professors started googling popular sharing sites and cracking down on kids submitting papers they just found on the internet verbatim. The problem is that really only hurt the poor kids. Rich students could just pay cash for a custom paper from someone like me.

Go ahead, go to Craigslist for whatever college town is closest to you and search for ‘term paper’ in services. Or, google ‘write my term paper’. I’ll wait …

The fact is that college students cheat all the time. A 2006 study of over 5,000 students at 32 graduate schools found that over half of all MBA students cheat. A recent Kessler International survey said that 42% of students surveyed said they’ve purchased custom papers online.

In all honesty, it’s a great, and pretty easy way for struggling writers make money. It’s what we’re good at, and someone is willing to pay. Blogging pays worse; Google Adsense is a joke if you don’t have a huge audience; you need some dedicated patrons to have a Patreon. But if you’re 22 and some future minor league baseball short stop wants to give you 300 bucks so they can pass History 101 … that feels pretty fair.

This isn’t even a new problem. People have written entire books about this. Op-eds and investigative reports exist by the score.

And why wouldn’t it? This is free market capitalism in its purest form. Money for services. The writer can pay the bills, the engineering student gets to pass their literature class. You can make ethical appeals to try and convince people not to work for these services, but ethical appeals only go so far when the rent is due. Considering the kinds of things people are willing to do on the internet for money doing someone else’s homework is downright wholesome.

So, no, no one should be surprised by this new cheating scandal. Cheating works, and it’s not just the parents. 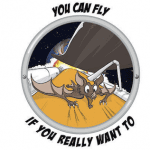 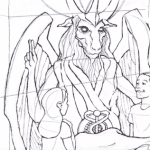 March 20, 2019 Hail Satan? Is a Poignant Look at the Birth of The Satanic Temple
Recent Comments
2 Comments | Leave a Comment
Browse Our Archives
get the latest from
For Infernal Use Only
Sign up for our newsletter
POPULAR AT PATHEOS Nonreligious
1