Despite Evidence, Police Psychologist Convinced People they Committed Crimes They Didn’t Even Remember

At the time of their arrest, none of the six suspects knew anything about the crime that police were insisting they were guilty of, but police psychologist Wayne Price convinced them that their memories of the event had been ‘repressed’. Using radical and discredited techniques to implant false memories, Price managed to convince 3 of the 6 that they actually were guilty.

Unfortunately for investigators, even after convincing one of the two to admit to the crime she couldn’t remember committing, neither of them matched the physical evidence found at the scene. This lead Wayne Price to conduct more ‘recovered memory therapy’ until Ada Joanne Taylor began accusing her friends of being in on the murder too.

“You’re having a hard time remembering. Maybe it’s because you don’t want to remember, huh?”

Transcripts of the interrogations demonstrate the abusive tactics that investigators used to try and compel confessions and confuse the suspects into believing they had done something they didn’t.

“First, Taylor mentioned offhandedly to police that “another boy” was with her and White during the crime. She picked a high school friend, Thomas Winslow, out of a photo lineup police presented to her. He didn’t have type B blood either, but he was still arrested. The fourth suspect, Shelden, was targeted because she hung around the group. After interviews with police and Price, she also bought into the idea that she had repressed the memory of the crime, leading to her own false confession. She helped police wrangle a fifth suspect after dreaming that another man, Dean, was at Helen Wilson’s that night, too.

After interviews with Price, Dean believed he had simply forgotten the violent assault too, according to the federal lawsuit.

The final suspect, Kathy Gonzalez, however, tried to hold her ground. She fell under suspicion because both Shelden and Dean said they dreamed about her at the scene, according to the lawsuit.

Gonzalez could have sworn she was just doing laundry on the night of Feb. 5, 1985. But in an interview with Price, the psychologist assured her that she had probably witnessed Wilson’s murder – she just might not remember.

“Have you ever had memory problems before?” Price asked, according to a police transcript of the interview.”

Lone Holdout Refused to Admit Guilt, Fought for Innocence to the Grave

Joseph White, however, maintained the group’s innocence while imprisoned for almost two decades. It took White until 2007  to petition the Nebraska Supreme Court to conduct DNA tests on the physical evidence that wasn’t available at the time of their convictions. Of course by then, the suspect that was implicated by the DNA tests was dead, having gotten away with the crime while 6 others served a combined total of 70 years in prison in his stead.

In compensation for this miscarriage of justice the courts awarded the Beatrice Six over $28 million dollars in damages. But the Nebraska town has fought tooth and nail to avoid paying, taking the case all the way to the United States Supreme Court.

But, finally, 20 years after their convictions, the Supreme Court has upheld the lower court’s decision and Gage County has to pay up. Joseph White has since died and never lived to see his vindication. The Nebraska legislature is now considering three bills to try and figure out how the small rural town can afford to make up for their terrible misdeeds. 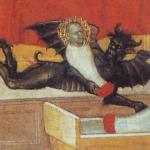 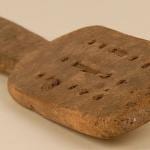