A new video from The Satanic Temple’s (TST) Grey Faction announces a national “Destruction Ritual” that will be taking place on April 1st.

One thing that got a little bit lost in Penny Lane’s ‘Hail Satan?’ documentary is the role that ritual plays in the lives of members of The Satanic Temple. While the film explored TST’s activism and the roots of the organization’s Satanic imagery, less attention was paid to how their beliefs and symbolism manifest as ritual expression. The upcoming Grey Faction initiative is an example of how TST uses ritual expression to promote ideas, establish goals, and clarify purpose.

Grey Faction and the ISSTD 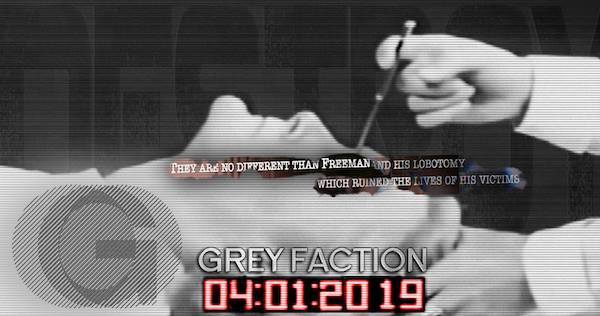 For the upcoming April 1st event, which boasts itself as the “first National Satanic ritual of its kind”, TST’s Grey Faction sets their sights once again on the International Society for the Study of Trauma and Dissociation (ISSTD). In pervious years, Grey Faction has publicly protested ISSTD conferences and has steadfastly remained a vocal critic of the organization’s speakers, membership, and practices.

Grey Faction announced this ritual action in a YouTube video that harkens back to the style of TST’s After School Satan Club announcement, with an eye toward provocation.

Magic Isn’t Real, but Does Ritual Serve a Purpose?

The interesting thing about this call for a national ritual is that TST emphatically does not believe in the supernatural. So there is certainly no reason to believe that the act of the ritual itself will achieve the group’s goal of driving the ISSTD out of business.

But that doesn’t mean the ritual isn’t without purpose. By conducting a ritual as a very public stunt they draw attention to the issues they raise with the practices and beliefs of members of the ISSTD. Perhaps more importantly, the participants are making a symbolic gesture to demonstrate their commitment to the cause of challenging purveyors of a Satanic Panic era conspiracy theory which at its most benign seeks to reinforce an unfounded belief in a nefarious and powerful secret cult that does not exist. This reinforcement of delusion has lead to ruined families, deaths, and the substantial transfer of medicaid dollars from taxpayers to the therapists who peddle Dissociative Identity Disorder treatment.

“The seemingly increasing drumbeat of pseudoscience and continuation of the Satanic Panic is causing world wide harm. That children and people are dying of wholly preventable diseases due to the anti-vax movement is but one example that we can point at directly. Similarly, the impact and destruction of lives and families due to the continuing Satanic Panic is immeasurable, but it is very real, and it has, and continues to, cost lives.

We call for an end to the Satanic Panic. We call for a return to rational and reasonable thought.”

It may, at first glance, seem ridiculous to many members of the secular community to host a Satanic ritual calling for ‘a return to rational and reasonable thought’, but if American Atheists can have unbaptisms featuring hair dryers, understand that you’re really just quibbling about aesthetic.

I have a Patreon! Please support my work and get cool extra content. Please have a look and check out my two new podcasts Ex Libris Obscura and Live! From the Public Domain 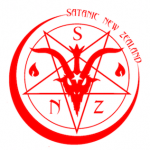 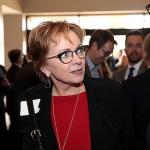 March 28, 2019 Cathi Herrod Wants to Kill an AZ Information Service Because She’s a Theocrat
Recent Comments
7 Comments | Leave a Comment
Browse Our Archives
get the latest from
Nonreligious
Sign up for our newsletter
POPULAR AT PATHEOS Nonreligious
1

The Tower of Babel, Immigration, and...
A Tippling Philosopher
Related posts from For Infernal Use Only