Yesterday we reported on the announcement that the Arizona AG’s office informed legislature that they would not be defending lawsuits against the state’s sexual education requirements that were discriminatory towards LGBTQ+ youth.

Shortly after yesterday’s post the Arizona House voted to repeal the offending legislation by a vote of 55-5. Today the state Senate followed suit with a vote of 19-10-1, and Governor Doug Ducey (R-AZ) just announced via twitter that he has signed the bill, eliminating what amounted to a ban on teaching about homosexuality in sexual education classes across the state.

Just signed #SB1346. Thank you @TJShopeforAZ for your leadership on this common sense solution, and for getting it done in a bipartisan manner.

C. No district shall include in its course of study instruction which:

While several die-hard conservative legislators voted against the repeal, the move signals a shift in LGBTQ+ acceptance in the Arizona public school system that many have been clamoring for since the legislation was implemented in 1992. In a series of tweets following the announcement Arizona Superintendent of Schools Kathy Hoffman (D) applauded the repeal and says it “sends a signal to every student, teacher, and family in Arizona that they are welcome in our schools – regardless of who they are and who they love.”

I ran for Superintendent of Public Instruction because I saw firsthand the impact of these laws in our classrooms. I knew we could no longer stand by and allow discriminatory practices to be our status quo. 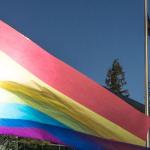 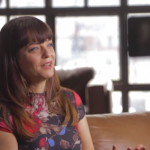 April 17, 2019 Penn Jillette’s Sunday School talks Hail Satan? with Penny Lane
Recent Comments
13 Comments | Leave a Comment
Browse Our Archives
get the latest from
For Infernal Use Only
Sign up for our newsletter
POPULAR AT PATHEOS Nonreligious
1