On January 23rd (over two months ago at time of publication) Representative Alcee Hastings (D-Florida) introduced H.R. 727, the Ending Corporal Punishment in Schools Act (ECPSA) to the House floor. The bill aims to institute a federal ban on corporal punishment in schools that receive federal funding.

No Funding for Schools that Allow Teachers to Beat Students

Speaking from the House floor when introducing the bill Representative Hastings stated that corporal punishment remains prevalent despite overwhelming evidence that it is at best ineffective, and at worst traumatic and damaging.

“Although corporal punishment in schools has certainly been part of this country’s history, it has been a blemish on that history and must end immediately. In addition to the fact that there is no conclusive evidence that corporal punishment mollifies disruptive behavior, it is disproportionately used against African American students and children with disabilities. These punishments can result in physical as well as emotional harm to children.

Schools must be a safe place where students are protected from harm, so that they are able to thrive, grow, and learn. Sadly, 19 states still allow corporal punishments in school. Last year, more than 100,000 students were physically punished by being hit, slapped, and spanked. This is completely unacceptable.”

“I got Whooped and I Turned Out Fine”

Last month I reported on a case against an Alabama school principal who avoided disciplinary action for paddling an autistic child. That prompted several discussions with online commenters who are supportive of corporal punishment rules. Supporters of allowing schools to beat children tend to say things like “I got hit as a kid and I turned out ok” and “Kids need discipline”. However, as I pointed out in my previous article, there is no actual research to back that up.

All proponents of corporal punishment have is their own anecdotal experiences and confirmation bias. In truth, corporal punishment does nothing to teach children right from wrong. It teaches them to be submissive to authority. It teaches them that authority is not something to be earned but something to be feared, a condition of of physical not moral superiority. It teaches them not to get caught doing things that authority figures don’t like, and does nothing to teach them why (or even if) there’s anything wrong with those actions.

Abuse is Not Discipline

Another thing I’ve seen a lot of proponents of paddling do over the last few months is conflate severe physical abuse with ‘discipline’. They equate paddling, beatings, and other forms of physical punishment with more benign terms like ‘physical instruction’. This softening of language around abuse has its modern roots in biblical education training manuals going back several decades from sources like Bill Gothard’s “Institute for Basic Life Principles” seminars (a position Gothard resigned from amidst claims of abuse) and Michael and Debi Pearl’s so-called child-rearing manual “To Train Up a Child”.

Let’s talk about what these ‘instructional materials’ are really prescribing for a minute. Gothard’s method, as told by firsthand accounts right here on Patheos, prescribes that corporal punishments need to be administered until a child goes limp with submission.

“If we cried, we were told, thanks to Gothard, to not make so much noise, to quiet down, to just buck up and take it. And we often would keep getting spanked until we did. Fortunately, frequent spankings would develop calluses. It was a bit annoying when it bled through and kinda stuck to your underclothing, but after a couple days it hardened up and the beatings weren’t bad. Sometimes, I think, my parents may have realized this; dad would spank on the calves, instead, then.  That gave you big welts so that you didn’t want to wear shorts, and it kinda hurt for a couple days afterwards when you wore jeans (or, I assume, stockings) because it would rub up against the swollen spot.”

Gothard’s own pamphlets on ‘discipline’ said that this almost catatonic acquiescence to being beaten was how a parent would know their child had gained “a repentant spirit”.

Michael and Debbi Pearl’s evangelical manual on how to beat your kids is even more disturbing if for nothing else because of how young they suggest you should start. Their book (along with several others) propose a method called ‘blanket training’ in which you slap your infant with a ruler to teach them not to crawl around. Proponents of this method include the reality show family of Jim Bob and Michelle Duggar, and the former adoptive parents of one Hana Grace-Rose Williams, who died from their overzealous application of the Pearl’s idea of ‘training’.

This brings us to the need for a bill like H.R. 727, which stops federal money from being used to fund schools that allow corporal punishment. Since this form of brutal discipline is taught as part of a ‘spare the rod, spoil the child’ evangelical doctrine, and Education Secretary DeVos has made funneling money to Christian education programs her life’s work, H.R. 727 could be one way help mitigate the flow of public education dollars to religious indoctrination.

Corporal punishment is especially prevalent in Christian “troubled youth” and boarding programs. The internet is full of stories detailing the conditions at places like Restoration Youth Academy in Alabama where children were forced to spend days, weeks, and even months alone and naked in isolation rooms.

That same year Cracked (remember when Cracked was a valued website doing meaningful work? I remember) did a series of exposés and interviews on facilities like Alpine Academy (a chain of religion based boarding schools for girls) and Mount Bachelor Academy. Their reporting uncovered instances of sexual assault, sleep deprivation, and violent corporal punishment.

This isn’t some decades old news I’m digging up, the above instances and articles are from 2016.

Of course, these problems aren’t exclusively the domain of Christian education, or even private schools. As documented by The Satanic Temple in their Protect Children Project video there’s plenty of footage of this kind of maladaptive ‘discipline’ taking place in public schools as well (at least in the 19 states that haven’t banned the practices already).

As much as the problem of parental indoctrination to accept corporal punishment is endemic, lack of oversight leads many to feel that severe abuse problems are the result of a few bad actors. That is, despite all the evidence that school administrators often go well beyond what even defenders of corporal punishment would consider acceptable, they believe that such excessive use of violence is extraordinarily rare.

Unfortunately, as vouchers and private charter schools continue to funnel money away from public education oversight becomes even more difficult One can’t help but think that under the current department of education’s systematic funding of religious schools if conditions won’t continue to deteriorate.

ECPSA wouldn’t put an end to abuse, but it would defund schools where policies condone, protect, and in some cases encourage abusers. The bill’s text emphatically states:

(2) for the purpose of modifying undesirable behavior.”

This ban would apply to any public or private agency or institution which is the recipient, or serves students who are recipients of, funds under any applicable program. So it would apply to public schools and religious charter and private schools receiving funds via voucher programs.

But the Problem is that immediately after ECPSA’s introduction it was referred to the House Committee on Education and Labor, and hasn’t moved since.

That’s not to say that the Education and Labor Committee isn’t doing important work. Just this week they held hearings aimed to tackle challenges new Department of Education polices create for college accreditation processes, and debates over expansion of voucher programs continue to heat up in the now Democratically controlled House.

But it does seem that, along with DeVos’ efforts to end funding for the Special Olympics that special needs and at-risk students are bearing the brunt of these political fights while bills like ECPSA which could improve regulations and oversight for charter and private schools that receive public funds languish. 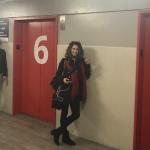 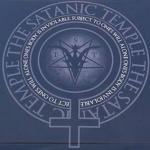 April 9, 2019 The Satanic Temple Appeals Abortion Case Dismissal to Eighth Circuit
Recent Comments
6 Comments | Leave a Comment
Browse Our Archives
get the latest from
For Infernal Use Only
Sign up for our newsletter
POPULAR AT PATHEOS Nonreligious
1

Dispatches from Future America: Court Upholds...
Daylight Atheism
Related posts from For Infernal Use Only

345,000 Used Condoms Intended For Resale Seized By...
Used condoms repackaged and sold. It sounds like an urban myth. It's...
view all Nonreligious blogs
What Are Your Thoughts?leave a comment
Copyright 2008-2020, Patheos. All rights reserved.