Andrew Seidel on the Naked Diner Podcast May 13, 2019 Jack Matirko

I don’t always plug the podcast here on the blog but this episode of the Naked Diner with guest Andrew Seidel from the Freedom From Religion Foundation (FFRF) is one that I hope is the kind of thing my readers would find of interest.

I met Andrew earlier this year at the Secular Coalition for Arizona’s Secular Summit in Mesa, AZ where he gave a talk on FFRF’s legal challenges on issues of separation of Church and State. Since then he has recently published a book  The Founding Myth: Why Christian Nationalism Is Un-American (which I highly recommend), and has written extensively on Church/State issues for Rewire.

This week on the show I’m joined by guest co-host Stephen Long from the Sacred Tension podcast who was nice enough to have me as a guest on his show last week, and since Andy couldn’t make it stepped in to help me work the Dinner.

We talk to Andrew about his book, Christian Nationalism, Project Blitz, the recent decision in FFRF co-President Dan Barker’s invocation dispute with U.S. House Chaplain Patrick J. Conroy, and the new Missouri bill that would make it mandatory that Church/State cases not be brought anonymously, an attempt to frighten minority religious groups from asserting their constitutional rights.

You can check out the full episode below. 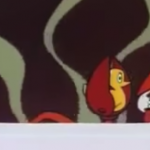 May 20, 2019 Satanic Self-Care in the Age of Trump: A Note of Concern (Guest Post)
Recent Comments
0 | Leave a Comment
Browse Our Archives
get the latest from
For Infernal Use Only
Sign up for our newsletter
POPULAR AT PATHEOS Nonreligious
1