The Church that fights for the separation of Church & State

The Church that fights for the separation of Church & State July 31, 2019 luciengreaves 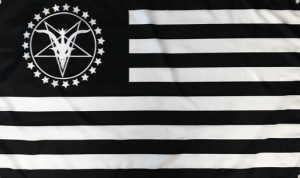 The True American Patriots, self-identified as such, see abject hypocrisy in those citizens of the United States who ungratefully criticize the Commander-in-Chief while daily benefiting from all that this great nation offers. Respect the office, if not the man, they say. Love it, or leave it.

This attitude can persist with unwavering dedication throughout revelations of corruption, presidential ineptitude, and unlawful conduct, but it only ever applies to one political tribe. Should that another party’s candidate be elected into the presidency, the True American Patriots cry out “treason!,” lament the death of our Constitutional Republic, call for revolt, and furiously work to expose real and imagined missteps as calculated assaults against our blessed National Dignity. These are un-nuanced minds whose simplicity they pride as nobility, their tribalism their only “principle.” Their hypocrisy knows no limits, yet they are keenly offended by the perceived hypocrisy of their opponents. You believe in Global Warming, and yet you have the hypocrisy to wear a winter coat on a cold day? asks the pious Family Values voter while defending the decision of their twice-divorced “pussy grabbing” president to disgracefully withdraw from the Paris Accords.

Ubiquity is mistaken as universal consent, such that one can not live in the world while simultaneously having criticisms of it without encountering cries of “hypocrisy” from the hypocritical. Funny that you are so critical of society while you yourself live in society, quip those who unfailingly embrace career politicians who claim to eschew politics-as-a-career. Interesting that you’re on social media pontificating about the crimes of social media platforms, sneer those who reject science from the magical public soap box of the internet.

Ironic — isn’t it? — that the socialist author is selling her book in a Capitalist market?, says the Incel who demands an equal government redistribution of sex.

So let me get this straight, you believe CO2 emissions are harming the atmosphere, yet instead of walking from Boston to Los Angeles, you took a plane?, scoff those who put their fate in God’s hands, yet had their doctor perform a biopsy on that mysterious lump just the same.

It is no surprise that the hypocritical hypocrisy-hunters occasionally bring their scrutiny to bear upon the activities of The Satanic Temple, noting egregious irreconcilable behaviors on our part, such as our audacity to be recognized as a Church, while also advocating politically for a separation of Church and State. This, they would claim, is self-negating. Surely, any Church that would believe Religion should be kept separate from politics should not involve itself in the politics of keeping Church and State separated. Best then to lead by example by way of doing nothing at all.

But maintaining a separation of Church and State requires more than simply the inactivity of religious organizations in regards to political matters. In fact, unless we mistake Church/State Separation to mean the complete abdication of civic responsibility on the part of churches, there is no hypocrisy at all in a church supporting the separation of Church and State, and openly fighting to make it so. One need not tediously parse the fuzzy divisions between deeply-held beliefs categorized as either religious or political to recognize that an intermingling of the political beliefs of a religious group, with a distinct vision for an ethical social order, do not cross the Church/State boundary, even when the religious group uses the courts to defend their rights.

It is no more inappropriate for The Satanic Temple to take its grievances to court when denied equal access than it is for a Mosque to call the police when assaulted by vandals, or for the authorities to try a priest on accusations of pedophilic abuse.

But, by asking to have a Satanic monument erected on State Capitol grounds next to a 10 Commandments monument, are you not hypocritically doing exactly what your opposition is doing?, we are asked. Perhaps, but only insofar as painting over graffiti might be considered a fundamentally parallel act to leaving graffiti in the first place. That is to say, if you are completely blind to context, meaning, intent, consequences, and outcomes, you may be able to look at both the vandalism and the clean-up as “identical” acts of placing paint upon an object. Any deeper look at the circumstances reveal the (to some) incomprehensible nuances.

When lawmakers seek to expand the definition of “religious liberty,” attempt to legislate a broader understanding of religious privilege and exemption, they may not act in preference for any one religious voice over another. To do so would indeed violate the principle of Church and State separation.

The Satanic Temple, when seeking equal access to public forums that have been opened to accommodate Christian voices, presents lawmakers with a dilemma. It is not a violation of Church and State separation to allow religious voices in the public square. It is a violation of the principle of separation to preference any particular voice over another. A true expression of viewpoint-neutral pluralism, in all its glory, would be neatly symbolized in the spectacle of two ostensibly diametrically opposed views residing on the same public grounds.

The Satanic Temple would have no right to claim to defend the principle of separation if we did not actively engage in efforts to ensure a respect for pluralism. We would not be “leading by example” if we sat back in indignation, watching Christian Nationalists overtake the public square with exclusive access. We would, in fact, be merely surrendering ourselves to the theocratic coup.

We are, in fact, the Church that fights to keep Church and State separate. 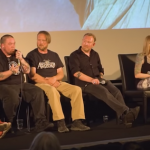 May 31, 2019
The Satanic Temple-Arizona Documentary Q and A
Next Post

August 15, 2019 Ottawa Archbishop Calls The Satanic Temple Black Mass "Hateful" and "Vile." The Satanic Temple Replies
Recent Comments
4 Comments | Leave a Comment
Browse Our Archives
get the latest from
For Infernal Use Only
Sign up for our newsletter
POPULAR AT PATHEOS Nonreligious
1