It’s not wrong to tell people to not sext

Because apparently some people need to hear this:

When someone says famous women are at fault for taking nude photos, the subtext is clear: You are not your own. You are ours. And you should know we are always coming for you.

I’ve been seeing sentiments like this pop up in my Twitter feed quite a bit. Setting aside the near-parodic nature of this scaremongering line, this is honestly a worldview for which I have zero sympathy. It blows my mind that it would be considered offensive to criticize sexting. If a married couple chooses to send each other pictures, perhaps as a spicy way to fill in occasional geographic gaps in the relationship, OK. Fair warning, though: The iCloud you are uploading to doesn’t belong to you and isn’t under your control. Same goes for the cellular network that sends your image, or the SnapChat application you’re trusting. This isn’t “oppression” or “victim blaming,” it’s common sense.

Yes, the hacker(s) who obtained Jennifer Lawrence’s private photos should be shamed, then prosecuted, then shamed some more. No reasonable person would disagree. No one is arguing “hackers will be hackers.” But imagine for a moment that this is 13 year old Jennifer Lawrence, and you are Jennifer’s parents. You find out nude photos of your 13 year old daughter are popping on a social network. Are you going to valiantly pursue the publishers, take them to court, make sure they are punished…and say absolutely nothing to your daughter about the foolishness of undressing herself and offering it to cyberspace? (Plot twist: This isn’t hypothetical)

No one is trying to tell celebrities what they can and cannot do with their phones.   Wanna send nudies? It’s a free country. Here’s the thing, though: Unless you own the cellular network on which you are sending them, it’s not private. Unless you own the cloud storage program that saves your data, it’s not private. Unless you are sending pictures to yourself, you have no guarantee of privacy. That’s not a sign of a decadent culture, that’s Logic 101. Maybe we shouldn’t judge anyone for sexting, but we certainly shouldn’t lash out at those who bring basic, adult-level thinking into the conversation. 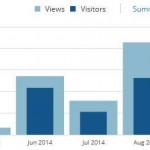 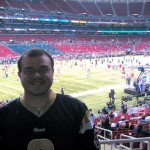 What is the spirit of Babylon?
As you read the Bible, especially the Old Testament, it can be...
view all Evangelical blogs
What Are Your Thoughts?leave a comment