I Walked Out of “Guardians of the Galaxy”

I Walked Out of “Guardians of the Galaxy” September 25, 2014 Samuel James

I went to the movies late last night. Normally when that happens, this space contains a review or a recommendation. Not today, though, because 45 minutes in to the #1 movie of 2014, I left. 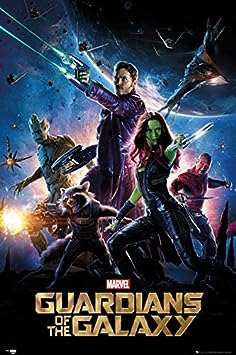 I’ve never done it before. I’ve sat through some terrible films (Will Ferrell’s 2006 disaster “Bewitched” comes to mind), usually anticipating my time at the keyboard afterwards, where I will dole out justice to the offending piece of cinema. That wasn’t the case with Guardians of the Galaxy. In fact, I never consciously thought, “This is a horrible movie.” Not once did I decide that the movie was worse than any of the clunkers I’ve endured.

I walked out because, 45 minutes in, I didn’t get it. Any of it. I didn’t understand the characters. I had no idea what they were saying (I’m serious; it might as well have been in Icelandic without subtitles). I didn’t understand what that little orb thing was, or why it was so important, or why the green lady was betraying her blue master and why that upset some other blue guy who wasn’t on the same team as the bigger blue dude. My one moment of comprehension came when I realized that Chris Pratt played Scott Hatterberg in Moneyball, one of my favorite films.

It’s difficult to describe the feeling of frustration that came over me. Walking out of a movie is not a rewarding experience. As someone who loves the cinema (even when it is totally empty and in a decrepit remodeling state, as was the case last night), I enjoy the mere experience of entering a narrative, regardless of how poorly executed a narrative it might be. Leaving Guardians of the Galaxy was an admission of defeat on my end, not the movie’s. I left because of me. I just didn’t have whatever it took to enjoy the film.

This morning I realized that for maybe the first time in my life, I’ve experienced what it’s like to not be a fan. When someone told me they just didn’t understand “Star Wars” or “Harry Potter,” I always interpreted them as saying, “I lack the imagination necessary to enjoy those stories.” Now I understand what they meant.

I guess every once in a while we encounter a piece of culture that we just don’t get. Some narratives are for the initiated and the faithful, not the willing participant. This makes the Gospel story all the more incredible to me. That a 2,000 year old tale of a hero-king who lived, died, and lives again can endure so permanently within the souls of generations after generations after generations is indescribable.

September 24, 2014
A(nother) Novel Every Christian Should Consider Reading
Next Post

September 25, 2014 Tradition and Revolution
Recent Comments
0 | Leave a Comment
Browse Our Archives
get the latest from
Evangelical
Sign up for our newsletter
POPULAR AT PATHEOS Evangelical
1