This Was Not Democracy

Andrew Sullivan has every right to celebrate the impending national reality of same-sex marriage. This is what he has advocated and striven towards for years. Though I disagree profoundly with his moral logic, I am nevertheless deeply respectful of Sullivan’s sense of triumph.

What Sullivan doesn’t have a right to do, however, is willfully misrepresent, which is exactly what he is doing. Sullivan’s glowing language about the transformative power of ideas to win democracy is not in any way the journey that same-sex marriage has taken. The republican process–government by the people and for the people–was utterly subverted in gay marriage’s journey to legalization. This was not the victory of the people, it was the victory of the elites, the fruit of a generation’s worth of ideological monopology over education and mass media. Sullivan’s notion that same-sex marriage has won the minds and hearts of Americans may be true one day; it might be more true now than I believe. But it is absolutely not the reason that the Supreme Court rejected appeals from voter-elected legislatures.

The most important word in same-sex marriage’s legal narrative has not been “voter” or “public,” but “judge.” The transformation of the judiciary into a moral arbiter of the people started a long time ago, and gay marriage advocates were certainly not the first to benefit from it. I could write thousands of words about why such an alter-ego of district, circuit and Supreme Courts is politically disastrous, but that’s not my point. My point is that even if you applaud the imposition of moral values onto voters in places like South Dakota, Indiana, and Kentucky,  you cannot then double back and call such legal triumphs “democracy.” Doing so is not an issue of worldview, it’s an issue of base dishonesty. There is nothing democratic about a piece of civic law that is passesd overwhelmingly by a state’s electorate only to be weighed in the balance and found wanting by an utterly remote, utterly unaccountable philosopher-king.

There have been many moments when individuals have tried to take credit for all this. No one should. The reason we persuaded so many in
so short a time is that so many unknown private individuals – from Thanksgiving tables to church meetings to office cubicles to locker rooms – simply told the truth about who we really are. It took immense personal courage at times – and each moment someone came out, more light, more reality, seeped into the debate.

Did it take immense personal courage to create a culture of fear and hostility towards Christians and other conscientous objectors? Did it take immense courage to coin the word “Christianist,” as Sullivan did, to inspire comparisons between Christians who opposed gay marriage and Islamist terrorists? Did Mozilla demonstrate immense courage when it forced its CEO to step down because of a political donation to the cause of traditional marriage?

Those who wished to circumvent this process, to grab the credit, to condemn all those in dissent as ipso facto bigots, have mercifully been sidelined by the court. And now in thirty states (maybe thirty-five), the reality of this social reform will be seen: the quotidian responsibilities of spouses and parents, the moments of joy and agony that are part of all marriages, the healing of wounds of separation and ostracism.

Separation and ostracism…kind of like what is happening in the lives of business owners and families that want to live out their religious beliefs? Sullivan strikes a hollow note of unity and humanity here. The reality is that people who are every bit as human and worthy of dignity as same-sex couples are having their religious liberty and civic life steamrolled. What happened on Monday was not the culmination of democracy, but of fiat.

Listen: There are good arguments for both sides in this debate. But that doesn’t even matter anymore. The legal and social pressure to abandon conscience–“to pay the price of citizenship,” as one judge put it–is not the kind of “bottom up” transformation of culture that Sullivan believes has happened. This is not a revolution fueled by ideas and carried out by individuals of conscience, but a mandate imposed by those in power to the exile of all who refuse to compromise. Gay marriage advocates have utterly failed to present a compelling vision of their values. They have instead relied on the equivocation of dissent with phobia and conscience with hate. And then, yesterday, the courts achieved victory, not for the people, but over them.

No, Andrew. Fear and fundamentalism have not been defeated, they have won yet again. 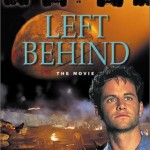 Quote of the Day-- Richard Bauckham
"Before telling Moses his Name, God prepares for doing so by saying,...
view all Evangelical blogs
What Are Your Thoughts?leave a comment