Why I Vote Conservative

Election Day is tomorrow for the United States. Federal and state elections will be held all over the country to determine what leadership will look like, at least until the next elections (the Presidency is not up for votes until 2016).

Politics is often a lamentable business. Regardless of which party and candidates emerge victorious on Wednesday morning, many Americans will cherish the cessation of political television ads and relentless phone campaigns. Like religion, political worldview is often a topic fraught with so much danger of animus and resentment that many people simply opt-out of the conversation or even the process itself.

That temptation is extra appealing in a time when political, religious and social divides seem exceptionally stark. Why bring something up if you know people will disagree? Can’t we just assume the best of each other, act kindly and let everyone to their own thoughts?

The mistake in this thinking is not in its goal–which is admirable–but in its assumption: namely, that choosing not to talk about divisive things will create unity and fraternity. On the contrary, unity of spirit often not only survives explicit disagreement, but actually depends upon it. Disagreement about politics or philosophy, as contentious as it might become, draws attention to a shared social value system in which these conversations are deemed important and given a place of priority within culture. When two people disagree about the best way to do government, they are, at least to a degree, actually demonstrating a shared conviction that political principles matter and that they are worth explicating, implementing, and defending.

The same is true of religion. Religious relativism, the belief that all religions are equally valid in their claims, is actually not as generous as it sounds. Claiming that all religions are true is merely a polite way of saying that all religious are false. The great religions of the world contradict each other on almost every major point of doctrine about God, humanity, the cosmos, beauty and love. If contradictory teachings each have the same validity, then the basic rules of logic tell us that they must each have a validity of zero. And that is exactly what we find when we study the ideological family tree of relativism; we find that its origins arise mostly within atheism, nihilism, and Marxism.

But why do religious people assemble, preach, evangelize and engage the culture? The answer is because religious dialogue, even between two people of completely incompatible religious systems, presupposes the exceptional importance of life’s ultimate questions. As with politics, even passionate disagreement about what God is like or what humanity must do to be saved brings together the participants in a shared unity of values, the (often unspoken) agreement that religion and religious ideas matter, and that truth is genuinely possible, and that the honest and worthwhile life is the one that will take seriously the claims that religious traditions make.

This shared conviction about the importance of transcendent principles–whether they be political or religious (and there is more intersection between the two than many wish to believe)–is frequently absent from the language of progressivism. Progressives often, intentionally or not, reduce the whole of social good to equality. The progressive philosophy seeks to eliminate inequality by eliminating those institutions and social constructs that demarcate groups from the rest of culture. Ideally, humanity would see itself as the only group in which membership matters. Social identities formed on the basis of race, religion, income or even gender are spoken of as instruments of injustice and threats to society’s progress.

The Christian worldview supplies a reason why poverty and social injustice exist, but it’s not a reason desired by contemporary progressives. Christianity teaches that humanity, both individual and collective, is in a permanent state of dysfunction due to spiritual alienation from God. The rich prey on the poor (a reality referred to frequently by the authors of the Bible) because they do not regard God and have no sense of His presence or justice. The powerful assault the vulnerable because it pleases their naturally evil appetite. Only spiritual transformation–of which the institutional church is a vital instrument–offers hope, both for the restitution of the victim and the salvation of the culprit.

But as I said, contemporary progressives loathe this worldview. They see theological language as divisive (since not everyone shares it); a doctrine of the Fall as anti-humanistic; the institution of the church as a mere agent for control over free lives; and the emphasis on spirituality as unscientific. It’s not a problem for citizens to believe this, in the privacy of their own homes (or, if that encroaches on the autonomy of children, it may be a problem), but when talking about other people’s lives and jobs and well-being, religion must be benched. As I said above, what progressives seek is a totally unifying sociopolitic that destroys distinctions and differences rather than calls attention to them.

Conservatism, on the other hand, recognizes that human beings cannot be reduced to biological mechanisms on one hand, or mere pawns of economics on the other. Human culture is, according to conservatism, destined (perhaps even predestined) to carve intra-societal niches in which people joined together by common blood, belief, identity, etc, will gather and build community. In other words, for the conservative, the public square is always occupied by those who identify as members of a community that is much smaller and more exclusive than “the human race.” Whether through family, religion, income, occupation, even gender and race–human beings are hardwired to build society through the dialogue and cooperation of social fixtures that are distinct and sometimes in opposition.

Conservatives believe that the answer to inequality and injustice lies not in a blueprint that deconstructs social identities, but in a more moral and responsible citizenry. Conservatives are unafraid to speak boldly about right and wrong and good and evil because they believe human beings are real moral agents, not merely victims of ignorance or economic oppression. Further, conservatives recognize that religious communities, even the most exclusive and dogmatic ones, are positive social institutions that contribute to the development of important bonds and identities by which a truly pluralistic society operates.

For what this is worth, I do not believe that Christians are obligated by allegiance to Jesus to vote for a certain party or political philosophy. Certainly I would never venture to say that someone is not fully Christian or less of one because of political persuasion. But I do think that for people who profess belief in the Gospel, political philosophy that is not antagonistic towards religious institutions is self-evidently superior to something that subjects said institutions to mere buzzwords like “equality.”

Conservative politics will save neither society nor the individual. It is possible to be thoroughly conservative in politics and yet be disastrously wrong when it comes to the claims of Christ. Yet I cannot but believe that conservatism is the political orientation that takes seriously human beings as morally responsible agents, and resists the urge to reduce the human experience to economics or biology. Though religious communities do indeed create social barriers between the included and the excluded, they are a necessary and vital part of a citizenry that talks seriously about the most significant issues of life. For at least that reason, I am conservative.

October 31, 2014
The Christian Ideas of "The Exorcist"
Next Post 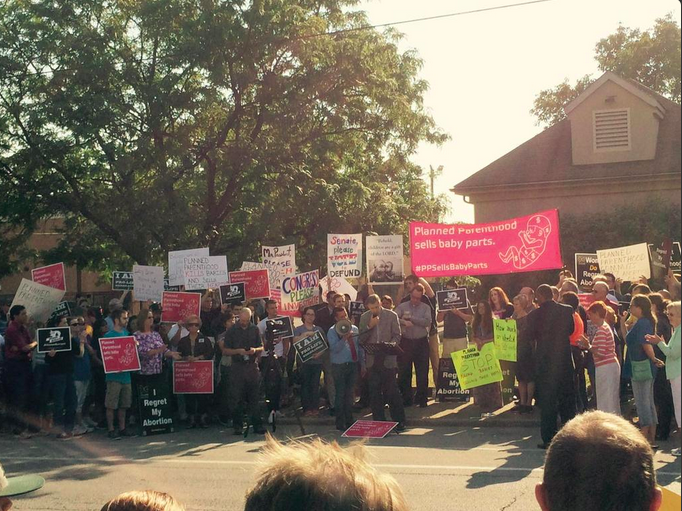