Is Russell Moore a “Social Liberal”? 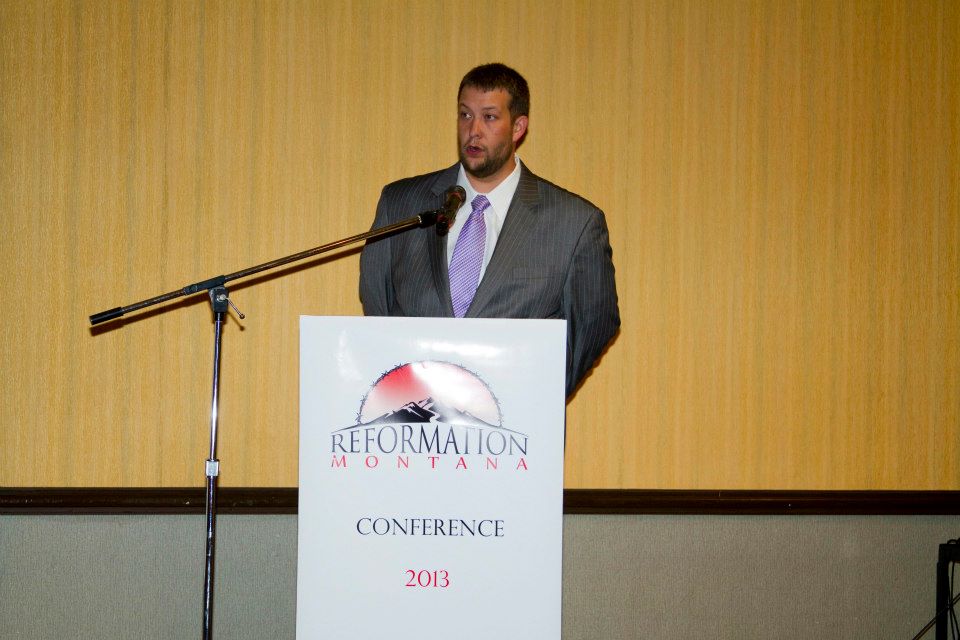 J.D. Hall’s latest hit piece on Russell Moore might be one of the dumber things you will have read in 2014. It’s petty and silly, proves exactly nothing and is unintentionally hilarious in its false dichotimies and needless presumptions.

The promising title, “Why Russell Moore’s Race Fixation Sits Uneasy With Us,” turns out to be little more than a tease, since Hall merely repeats over and over again how uneasy he is. Not once does he explain how Moore’s appeals for racial reconciliation and fair treatment under the law make him a “social liberal.” Apparently, that it does should be accepted as self-evidently true:

We saw the moral neutrality in Moore’s post on Ferguson, posted minutes after the grand jury verdict and obviously written before the verdict was given (This is standard fair for public relations professionals but rather bizarre for thoughtful theologians). So neutral, in fact, that the verdict itself and the jury’s findings were irrelevant to the view he was intent on crafting for Southern Baptists. Moore pointed out that whites have a tendency to view a case like Ferguson in its particulars: the facts involved within the individual circumstance. Blacks, Moore asserted, look at situations like Ferguson through a wider spectrum forged through broader historic themes. Moore clearly took the “black” (his argument, not mine) worldview in publishing thoughts that were absolutely detached from the facts of the case but sure to please a secular press predicting a Richard Land-like response. Dwight McKisssic. a black (and charismatic) Southern Baptist pastor who protested in Ferguson (one who refused to show empathy for Officer Wilson and stated “the day he pulled the trigger on an unarmed man is the day the day [Officer Wilson] made choices about his own future”) said that Russell Moore’s post makes “his chest puffed out” to be a Southern Baptist. Among those protesting in Ferguson, Moore’s moral obfuscation earned rave reviews.

I don’t think Hall meant to use “obfuscation” there, a word that means (according to American Heritage) “to make hard to understand.” Hall seems to think that Moore was actually pretty clear in what he he said [eg, ‘Moore clearly took the “black”….). If Moore had insisted that Darren Wilson were a murderer, or that he should have been treated as such by the grand jury or broader society, then Hall would have a point. But that didn’t happen. I note that Hall fails to link to Moore’s actual post, which may or may not be a genuine oversight.  Here’s what Moore actually said:

We haven’t as of yet sorted through all the evidence the grand jury saw and we don’t know precisely what happened in this nightmarish incident. What we do know is that the Ferguson situation is one of several in just the past couple of years where white and black Americans have viewed a situation in starkly different terms. White Americans tend, in public polling, to view the presenting situations as though they exist in isolation, dealing only with the known facts of the case at hand, of whether there is evidence of murder. Black Americans, polls show, tend to view these crises through a wider lens, the question of whether African-American youth are too often profiled and killed in America. Whatever the particulars of this case, this divergence ought to show us that we have a ways to go toward racial reconciliation.

So the reason Moore’s thoughts were “detached from the facts of the case” was clearly laid out by Moore himself: The facts were not (and still are not) clearly known. Hall seems to believe that Moore’s mistake was not so much in what he said but what he didn’t say, namely, that the grand jury was obviously correct in its judgment and that the event has no broader significance in culture than a criminal miscreant’s being killed by a police officer.

If that’s what Hall believes, he is welcome to express that. What he isn’t welcome to do is make his perspective the “conservative” one, and by rhetorical sleight of hand, posture Moore as a liberal. The belief that racial strife exists in this country is not a liberal or conservative belief, it is common sense. It’s common sense regardless of what you believe should be done about, a question that is more likely (though not at all guaranteed) to fall along conventional ideological lines. Hall’s outrage is aimed not at Moore’s activism (since Moore avoids putting forth a government policy to facilitate reconciliation, something an actual progressive would not fail to do), it is aimed at Moore’s tone. Hall believes Moore is a liberal because he doesn’t sound like Rush Limbaugh or Glenn Beck, who admonish Christians to flee any church that talks about “social justice” (a rule that would apply to many Gospel-faithful churches, like Tim Keller’s Redeemer Presbyterian Church).

Hall, though, shows his cards here:

Why is it when Russell Moore discusses homosexuality all the press can talk about is his “new and softening tone”? It’s hardly a “softening tone” toward racism that Moore is demonstrating. So, why on homosexuality? Do you think that Russell Moore will soon invite racists to an ERLC event to develop a dialogue with them? Do you think that David Duke would be as welcome at his table as Matthew Vines recently was? Would he break bread with white supremacists like he recently did with homosexuals?

Ah, there we are. The real problem here is that Moore isn’t getting enough flak from secular press. Hall’s implication that Moore is liberalizing on homosexuality is false on its face. But that’s not the point. The point isn’t what Moore says or believes or writes, it’s the kind of press he gets. If Moore is made anathema by the secular press, that means he’s faithful. If he’s not, even for a moment, that means he’s capitulating. This is what Alan Noble fairly dubs the “evangelical persecution complex.”

It is of course true that the Gospel is foolishness to those who are perishing, and that all those who desire live godly in Christ Jesus will suffer persecution. What is less certain is when and how the foolishness and the persecution manifests. If Moore is being talked about in more generous terms than, say, his predecessor, perhaps that’s not a testament to Moore’s changing views as much as it is the sorry state of so much evangelical discourse.

Calling Moore a liberal is a cheap, baseless tactic, particularly when accompanied with zero effort at persuasion. If Hall and his cohorts believe that conservative talk radio is vanguard of traditional principles, that’s on them. Russ Moore is exactly right to be talking about race and injustice. If the fact makes some of us uncomfortable, perhaps we should ask what has been comforting us all this time.

December 8, 2014
The Strange Oprahfication of Rob Bell
Next Post