Should Christians Watch “Game of Thrones”? 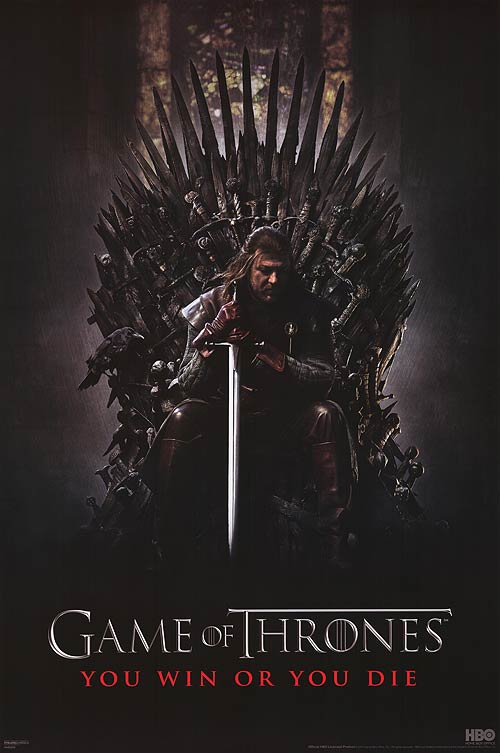 Christians have debated amongst themselves for thousands of years how to approach entertainment and secular media. In the second century, church father Tertullian expressed his dismay at Christian use of Greek philosophy by asking, “What hath Athens to do with Jerusalem?” The discussion hasn’t abated since then. From rock and roll to Harry Potter, the church has consistently challenged itself to define which portions of culture were acceptable for Christian consumption.

Enter Game of Thrones, HBO’s megahit series based on the medieval fantasy novels of George R.R. Martin. The show is setting viewership records for HBO and attracting a huge amount of analysis all over the world. Fans of the series cite the show’s high production values, exceptional acting and engrossing storylines (author Martin contributes to the show’s script). However, “Thrones” has also been the subject of heated criticism over its graphic content, notably, explicit sex scenes and controversial depiction of rape.Should Christians watch Game of Thrones? At the Desiring God blog,  John Piper answered in the negative:

In our day, when entertainment media is virtually the lingua franca [common language] of the world, this is an invitation to be an alien. And I believe with all my heart that what the world needs is radically bold, sacrificially loving, God-besotted, freaks and aliens. In other words, I am inviting you to say ‘no’ to the world for the sake of the world. The world does not need more cool, hip, culturally savvy, irrelevant copies of itself. That is a hoax that has duped thousands of young Christians. They think they have to be hip, cool, savvy, culturally aware, watching everything in order not to be freakish. And that is undoing them morally and undoing their witness.

Not all Christians have agreed with Piper’s conclusion. Luke Larsen, writing at Christ and Pop Culture, has praised the show as a gritty, realistic commentary on a “post-spiritual” culture. Likewise Alicia Cohn at Christianity Today, while noting the excessive sexuality of the series, commended “Game of Thrones” for an honest portrayal of fallen humans that cannot redeem themselves.

In his classic book Christ and Culture, Richard Niebuhr outlined the different ways that Christians throughout history have approached secular culture. Some, Niebuhr wrote, have expressed a “Christ-against-culture” model, in which the followers of Jesus separate from the world and together form an insular counter-culture. But then other Christians have adopted a “Christ-transforming-culture” worldview, in which the church engages the world with an aim towards redemptive change from the inside out.

Christians have often been guilty of unnecessarily dismissing culture, often due to ignorance or defensiveness. Whenever possible, Christians should always be ready to “give a reason for the hope” that characterizes them. That will frequently include participating in and speaking to media and fashion in a way that holds out Gospel hope to the unbelieving world. Christians should take entertainment seriously because it is produced by and for people who have worldviews that must have the truth of Scripture spoken into them. Every disciple of Jesus needs to be able to, as Francis Schaeffer wrote, “speak the language” of his and her culture.

But such a responsibility is not a “blank check” for Christians to view and partake in all forms of entertainment. Game of Thrones may be an excellently produced series, but its seemingly non-stop sexuality raises serious doubt that any Christian can watch the show without violating the biblical command to guard one’s heart.

It’s important to note that it’s not just evangelicals who find the show’s sex scenes extreme. Stephen Dillane, an actor on Game of Thrones, has compared the scenes to German pornography. Anna Holmes at The Washington Post criticized the show as “exploitive” and noted that the sex scenes were so frequent and random that they did not even serve the narrative.

As John Piper pointed out, Christians are called to a much higher standard of sexual purity than is the norm in mainstream culture. That standard includes purity of the mind as well as purity of the body. For all of its technical and narrative excellence, Game of Thrones seems to revel in sinful and sin-inspiring sexuality. Should Christians take this chance, especially in a time when so many believers are fighting a losing battle with pornography?

Christians are called not to just participate in culture but to elevate it with the Gospel. Can a church that is hooked on Game of Thrones fulfill that mandate? As Trevin Wax recently asked, “What’s the point in decrying the exploitation of women in strip clubs and mourning the enslavement of men to pornography when we unashamedly watch films that exploit and enslave?” Christian fans of Game of Thrones would do well to reconsider the effect that cable’s most popular show is having on their soul and mission. The church’s impact on this world may well depend on it.

A version of this article originally appeared last year.