“The End of Sexual Ethics: Love and the Limits of Reason,” Matthew Lee Anderson.

The “empathy” Dianna seeks is functionally approval: it is impossible on her view that a person might listen patiently, closely, and sympathetically to the stories and lives of those with same-sex sexual desires and still conclude that such desires are morally disordered. But by foreclosing the question of the permissibility of such desires, she treats her own moral outlook as immune from any “moral blind spots”: her sexual ethics cannot be self critical, because that requires the possibility of being wrong.

“Planned Parenthood and the Atrocity of Corpse-Selling,”  Russell Moore

For years, many of us have called on government leaders to see to it that no taxpayer funds, of any kind, go to Planned Parenthood. Is it not clear that these are not health-care providers but pirates and grave-robbers of those who have no graves? The Department of Justice and the United States Congress should undertake a thorough investigation of this.

It’s only been two years since the media struggled to even cover the story of Kermit Gosnell, the abortion doctor and serial murderer. After being shamed into covering the “local crime story” by readers and viewers who had requested coverage for years, the media offered a few mea culpas, and promised to improve coverage of the abortion topic and present the issue more fairly.

They have repeatedly failed, whether the story was cheerleading for late-term abortion supporter Wendy Davis, or accurately covering religious Americans opposition to paying for abortifacients.

Late this spring, the publisher Spiegel & Grau sent out advance copies of a new book by Ta-Nehisi Coates, a slim volume of 176 pages called  Between the World and Me. “Here is what I would like for you to know,” Coates writes in the book, addressed to his 14-year-old son. “In America, it is traditional to destroy the black body — it is heritage.”

The only endorsement he had wanted was the novelist Toni Morrison’s. Neither he nor his editor, Christopher Jackson, knew Morrison, but they managed to get the galleys into her hands. Weeks later, Morrison’s assistant sent Jackson an email with her reaction: “I’ve been wondering who might fill the intellectual void that plagued me after James Baldwin died,” Morrison had written. “Clearly it is Ta-Nehisi Coates.” Baldwin died 28 years ago. Jackson forwarded the note to Coates, who sent back a one-word email: “Man.”

For Chesterton, the traditions of the past, extended through time by the continuum that we call civilization, constitute a powerful voice or presence in the present which ensures their being handed on in trust to future generations. Tradition is, therefore, truly, as Chesterton insists, “an extension of the franchise;” it is an extension of democracy through time, the proxy of the dead and the enfranchisement of the unborn. Such an understanding of tradition as a shared inheritance across the generations is clearly a potent and palpable presence in Middle-earth and Narnia.

For 85 years, it was little more than a featureless grey blob on classroom maps of the solar system. On Wednesday night, Pluto was revealed in high resolution for the first time, revealing dramatic mountain ranges made from solid water ice on a scale to rival the Alps or the Rockies.

The extraordinary images of the former ninth planet and its large moon, Charon, beamed 4 bn miles back to Earth from the New Horizons spacecraft, marks the climax of a mission that has been quietly underway for nearly a decade. 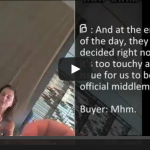 July 14, 2015
Time to Shut Down Planned Parenthood
Next Post

July 21, 2015 The Mythological Moralities of Planned Parenthood and Caitlyn Jenner
Browse Our Archives
get the latest from
Evangelical
Sign up for our newsletter
POPULAR AT PATHEOS Evangelical
1

The Redesigned Book of Concord Site
The best, most important, and most helpful website for Lutherans, fans of...
view all Evangelical blogs
Copyright 2008-2020, Patheos. All rights reserved.