I have decided about which sample distributor I would be if I got a part time gig at Costco.

We’ve all done it, those of us with Costco memberships or who have been with those friends with Costco memberships. For many, the weekend trip to the behemoth of grocery stores, a store where you can buy a pandemic sized bag of toilet paper, a mega-jar of pickles, AND a high-quality wedding ring at the same time, gives out samples of foods, drinks, and cheeses—is a real dream.

If you time it right….

If you time your weekend trip right, it is a free lunch. Finding ourselves circling around to randomly sample such things and then circle back for a second hit on those things you really found tasty, like the sharp cheddar cheese from Ireland or the grilled Italian sausages. If you do it like a pro, you get one, lay it on the other you put in the cart, and make a low-carb sandwich out of it. The real pros have already made arrangements with their five year old, who hates sharp cheddar and sausage but you tell them not to say anything when mommy or daddy ask them if they want one. Then, you take one for them, knowing you just scored a double-tap. That’s what we call it, a double-tap.

Of course the sample distributor knows what you’re doing as well. They don’t care.

But I know what would happen if I became a sample distributor, or a SD in Costco language.

If I did this, I would not get those premiere samples to give away. Those are for the seasoned Old Ones who have been doing this for ages and are George Blanda’s of this skill set, having their spiel memorized so much so they are reciting it as you approach, even when no one is there to sample their goods, or they are busy across the aisle looking at Spanx in a twelve pack. You can hear them chanting the briefing sheet of what the calorie content is in the salsa and tortilla chip sample.

Nope, I would get the 3-bean salad in a jar to give away.

I can’t even snack on that one.

I probably wouldn’t even qualify for the bread with butter, always a nice pallet cleanser in between precooked bacon and the honey crisp apples. Even if it was the coffee, I could cheat and bring in a couple of packets of Splenda and a wee dram of Glenlivet I would keep in my flask tucked into my sock, premixed with some half and half.

But there is nothing you can do about the 3-bean salad.

Just like life, the 3-bean salad is, well, it just is.

Jesus knows we sometimes have to deal with the 3-bean salad. I think he actually likes it. Who else would come up with a combo like that? It’s not that its bad. Bad is a wound infection from a surgery. That’s bad.

But the salad can be like a large part of our life. On most days, we don’t get the good potato salad or the hash browns, we are left with a bean salad which will feed us, nourish us, but not rock our world. We get a car, and it works. It gets us to where we need to go, but it’s not the new Kia with back up cameras and in Bing cherry red.  We really want that one, but all we could get was, well, something like the three-bean salad.

We can’t see or maybe choose not to see it is perfect. We just see the stand next to ours offering up sharp Irish cheese and next to that one, slices of kielbasa. We can even smell it because the Old One running that station has to cook it in a frying pan first before they put it in those little paper cups.

We look at our beans and sigh. But what if we were suppose to do this? What if a bean salad was part of a plan of perfection? What if we were suppose to be handing out this salad at this store on this day at this time, when something-happens? Something we might not even get a chance to see? What if we are players on a stage in which our role is so big, so huge, so perfectly timed, it is like the Plan could not work unless we were actually handing out three-bean salad?

Jesus knows we struggle with what we want, what we desperately want, compared to what we need. He knows all of our story. He is with us every step. He also sees the whole lifeline I live and without me serving his plan, here, with this salad, it wouldn’t be, well, perfect. We can’t see the whole picture. We really can’t even see a fraction of it. But if we rest in the fact HE can. We can let go of that anxiety and believe in His gift of peace to us. Even when we have to serve three bean salad.

August 29, 2022 I Have a Fantasy...
Recent Comments
0 | Leave a Comment
Browse Our Archives
Related posts from Inside Our Gooey Minds 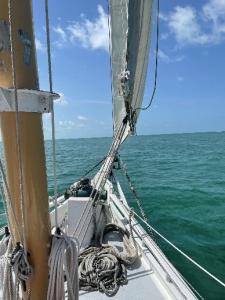 General Christian
In This Life....
Inside Our Gooey Minds 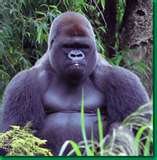 A Tribute to E. P. Sanders
E. P. Sanders, perhaps the most influential New Testament scholar in the...
view all General Christian blogs
What Are Your Thoughts?leave a comment