Our Current Racial Divide, What is The Way Forward?

Our Current Racial Divide, What is The Way Forward? August 23, 2016 Muslims Writers Guild of America 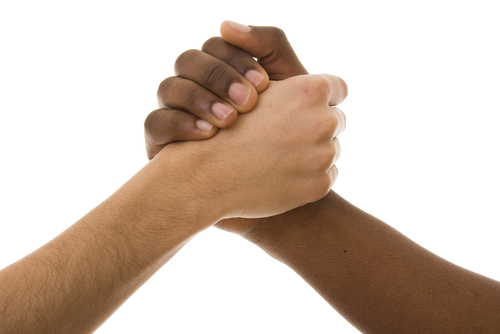 One would have thought that our long struggle for equality led by Martin Luther King in the 1960s would have ushered in a better understanding of race related issues in the country. Despite our high intellectual capacity, ease of communication with each other and ease of movement across countries, our deep seated racial divides still persist. The recent tragic incidences of race related issues that resulted in the death of civilians and law enforcement officers across the country begs the question as to whether we are ever going to find a lasting solution to this unfortunate and chronic problem.

Curiously enough, it appears that the solution to all this mayhem lies in humanity’s insignificant and humble beginning. That is, human creation from clay and then from a drop of sperm (Quran 23:13-14) provides an irrefutable proof that no matter your skin color, wealth or prestige in society, no one is superior to another. Whether you were conceived through natural birth, an in vitrotechnology or what scientist now call “designer baby” approach, the common denominator is sperm.

I will only admit that you are superior to me or someone else on condition that you can prove beyond reasonable doubt that your humble beginning began with a completely different material without the agency of sperm.  Also you are superior to me only when your dead body does not return from where it originally came, and become of the clay in the soil. It is amazing how we are not using all these glaring truths in our everyday life to foster racial understanding.

Some may argue that some racial groups of today are better off in wealth and intellectual faculty. On the other hand, historical records indicate that almost all major ethnic groups or races have had their fair share of civilization or have enjoyed privileged status in the past. Thus wealth and intellect cannot be used as a yardstick to measure racial superiority.

Again, some hardcore proponent of racial superiority will point to obvious racial differences in color and some subtle physical features as proof that we are not the same. This theory is again without merit in the sense that our highly advanced Human Genome Sequencing project does not prove that we are statically different at the genomic level despite the obvious differences to a layman. According to the Quran (49:14), differences in tribes, nations and races in different geographic regions are for the purposes of diversity, better acquaintance with each other and for physical adaptation. Many people are taught in schools about the concept of evolution and adaption and I wonder if this Quranic verse revealed about 1400 years ago is not part of this concept?

Do you expect to have the same skin color even when you have spent thousands of years living under the equator or the northern hemisphere? How do you explain the fact that Australia, a country with direct descendents from Britain a little over 200 years ago currently pronounce the letter “A” as “I”? If our environment or physical adaption is not playing a role in our racial features why is there a variation in alphabetical pronunciation by Australia and Britain only separated by location and time?

As I have explained before wealth and intellect are not the gold standard of superiority and therefore we should learn to mutually coexist with each other with respect for peace and harmony in society. The recent unfortunate incidences in the US underscores the urgent need to find a lasting solution to the myth of racial superiority or inferiority.

There is no better time to bridge our racial divide than now due to improved communication and the rise of social media. Unfortunately, social media platforms, such as Twitter, have instead become a source of fueling online abuse and racial hatred.

We are dangerously living on a knife’s edge with regard to racial issues in today’s society but as I have clearly explained in this article, the solution exists if we all take a hard look at our self and reflect as to where we can from (soil and sperm) and where we will ultimately return after death. In addition, the age old myth surrounding racial superiority is not supported by our modern day science, history and of course the word of God in the Quran.

Let’s not allow our pride get the better of us and recognize this fact, proven through science and championed through Islam, that irrespective of skin color we are all from the same source.

August 24, 2016 Turkey and The ISIS Conundrum
Recent Comments
0 | Leave a Comment
Browse Our Archives
get the latest from
Muslim
Sign up for our newsletter
POPULAR AT PATHEOS Muslim
1 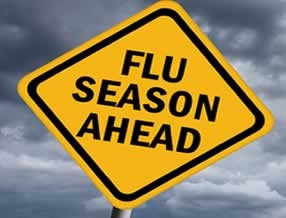