Book Review: Paul and the Pharisee Conspiracy Against Jesus

This book caught my eye because of the numerous unresolved questions I had regarding the roots of Christianity. Based on my religious studies, it always seemed that the majority of the gospel of Christ – the teachings spoken by Jesus and promulgated by the apostles he commissioned during his life – and Christianity’s most fundamental doctrines had a major conflict. When I would research the explanations of Christian theologians for these glaring contradictions, their responses would be largely unsatisfying and at times even mind-numbing.

Of course, it’s not like Jesus’ followers would risk their lives for a false concocted message, right? So, what if the doctrines of Christianity weren’t actually what they taught and preached? What if it isn’t a matter of trying to reconcile the logical fallacies of concepts like original sin and the incarnation, but if it’s a question of the origin of the doctrines themselves?

It is the latter paradigm for which Syed M.S. Nasser delivers an excellent elucidation in Paul and the Pharisee Conspiracy Against Jesus. The difference between this book and other works is that he doesn’t just show how Pauline teachings are diametrically opposed to that of Christ, but he also unravels the mystery behind why Paul would commit what would go down as the greatest deception in the history of mankind.

Nasser examines the many reasons that lead the Pharisees and Paul to attempt to destroy the messianic movement from within after exhausting the futile tactics of murder (Jesus and Stephen) and persecution. He explains the motives and goals of Paul, who, in his utter hatred of Christ and intoxicated obsession for the dying Rabbinic Judaism, substantiated all the false Pharisaic allegations against the Jesus movement. These included the abrogation of Mosaic Law, the deification of Jesus, and his accursed-crucifixion death. In doing so, he wished to mislead the Jews from their long awaited messiah. Thus, Nasser names Paul as the very Antichrist Jesus warned of: a sheep in wolf’s clothing, a sower of weeds among the pious wheat, a false prophet who would astray even the elect.

However, Paul would fail miserably and meet a humiliating death in accordance with Old Testament prophecy about false prophets. Not only was he abandoned by all the righteous Jews in Asia who saw past his blasphemy, it was the Jesus Jews themselves whose rioting against him lead to his trial. While the power of the Pharisaic class would diminish along with the destruction of the Temple in 70 A.D., the messianic movement following the real Jesus would flourish as the Jews converted in mass numbers (and eventually accepted Islam in the 7th century). At the same time, however, Paul’s followers would grow and eventually morph into what became the Roman Catholic Church, which would later on spawn the prophesied Antichrist civilization in Western Europe.

Of course, these aren’t simply empty claims or wishful thinking. Nasser uses a plethora of biblical, historical, and even scientific evidence to prove his claims.  Thus, it is a masterpiece touching on a variety of subjects such as theology, history, and comparative religion. As the book unfolds, he continually calls readers to seriously examine their views by focusing on the bigger picture. This for no other reason than the dire existential consequences associated with the destruction of the Antichrist civilization as prophesied numerously in the Bible and Qur’an. He demonstrates how divine prophecies have clearly been fulfilled time and time again, and thereby forces the reader to critically examine their views on the past, present, and future of mankind. 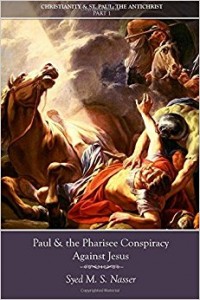 Labeeb Ahmad is Vice Chairman of the Muslim Writers Guild of America. You can continue the conversation with him on Twitter: @labeeb_ahmad99

April 7, 2017
A Muslim Imam's Response to the London Attack
Next Post 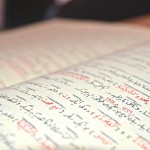