“She referenced the Trinity as Life-giver, Pain-bearer, and Love maker.”

Last Sunday was “Trinity Sunday” in the Episcopal church.  I’m not quite sure why this doctrine gets its own Sunday. Perhaps it is because it inspired jolly old St. Nicholas to punch another guy in the nose.

I have never felt particularly connected to the importance of the Trinity, especially since it is a construct we came up with more than a overtly Biblical  teaching. But I was intrigued by a particular naming offered in a sermon this weekend by Rev. Katie Wright .  She referenced the Trinity as Life-giver, Pain-bearer, and Love maker.  Somehow that stuck for me… and interestingly, made me think of the three stories we have of Mary of Bethany.

Now, I know these are all three picturing her with Jesus, only one member of the Trinity.  But it seems like in the dance of it all, each of the three “persons” of the Trinity would likely reflect the energy of all.

I confess that I love this well-known story of Mary sitting at Jesus’ feet while Martha served in a frenzy. (Okay, except for that part about Martha’s pain… I don’t love that part because I’ve lived it too often myself!) I so often think this story is sold far short of its radical message for women, perhaps because of its familiarity. But in this story Jesus clearly affirms the woman who broke the social and religious rules by letting go of care of others in order to be cared for herself.  Mary chose to learn rather than to facilitate the learning of others. Some might label her choice as selfish. Jesus called it the “better” choice. Jesus was a life-giving force for Mary and for Martha that day, teaching them the critical importance of appropriate self-care in the midst of the needs of others.

In this second story of Mary of Bethany, we see her connecting with Jesus in the midst of extreme pain. Not only had her brother just died, but this Jesus who she actively believed could have prevented that death had not come when they called. She had lost much of what she believed about her Rabbi.

Have you ever wondered why Jesus took the time to meet with both Mary and Martha before he went to the tomb to raise Lazarus?  He could have “fixed” the situation but instead He chose first to connect with each woman in her pain.  He sought first to be with them than for them, to become their pain-bearer.  He let his own heart be broken and wept with Mary.

It is interesting that in this final story we see the Love-maker Spirit at work in both Mary and in Jesus.  I love this characterization of her service to him as love-making. I have come to believe that because she connected so deeply with Jesus in her grief over Lazarus, she could see and know and seek to meet him in his own. Though he had been telling his disciples clearly and openly about his death to come, they had not been able to hear him. But Mary did.

Together, Jesus on the receiving end and Mary on the giving end, connected and  turned a story of deep sorrow into a story of deep love. Mary’s courage and creativity coupled with Jesus’ openness and vulnerability made room for more love in the world.  The Holy Spirit was source and inspiration for both.

I love the idea of the inter-twined relationships of the Trinity as a dance.  That is how I experience them in my day and in my work as a spiritual director.  I am always looking for what brings life so it can be nurtured.  I seek to attend to pain in my life and in others.  To invite a sense of Jesus’ presence as I simply try to be breathe and bear it, within others and myself. And then there is love; growing in the love of God and love of neighbor. In the midst, it seems like I can dare to believe that God loves me just as I am today.  There’s nothing I can do to make God love more or me less. In some ways, it sounds so simple but rarely do I experience it that way…  rather as mystically woven, inter-twined, knit together.

So what are your favorite images of or names for the Trinity?  How do you see them at work in your world? 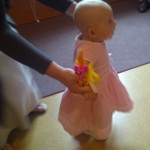 June 6, 2013 Being prayer
Recent Comments
0 | Leave a Comment
Browse Our Archives
Related posts from Women, Wisdom, and the Word 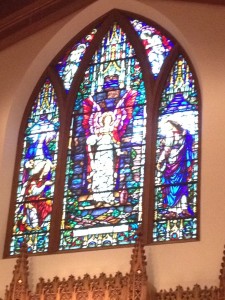 Progressive Christian
Looking for the Living
Women, Wisdom, and the Word 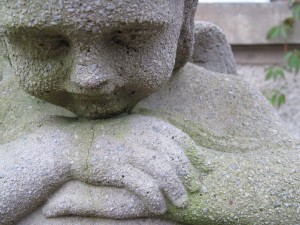 Progressive Christian
Being prayer
Women, Wisdom, and the Word 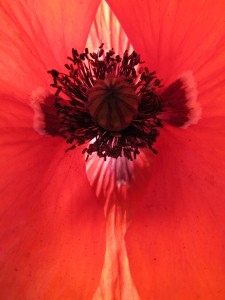 Progressive Christian
Not the Lent I intended
Women, Wisdom, and the Word 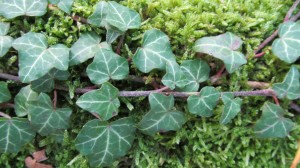