Megan McArdle has an article out discussing an opinion piece in the New York Times by Steven Rattner, “Saving Young People from Themselves,” which argues in favor of mandatory retirement savings, though it spends most of its time on generalities (and McArdle’s response raises various complications, again, in general).

First of all, some context.

Our Social Security system is not designed to integrate well with retirement savings programs, whether individual savings or company contributions to a 401(k) account.  Its formula with “bendpoints” replaces 90% of the first, roughly, $10,000 in annual, indexed, averaged wages, 32% of the next $50,000, more or less, and 15% of average wages after that — which means that a person who simply has always been very poor will do quite well on Social Security, relative to their meager preretirement income, and the amount of preretirement income Social Security replaces decreases as one’s income grows.

In the two most well-known countries where retirement savings is based on a “provident fund” concept, with mandatory contributions to private funds, Hong Kong and Australia, the Social Security benefits are radically different:  flat amounts which are means-tested.  In Hong Kong, Social Security is basically “welfare for the old” with fairly stringent tests and paid from the same programs as cover the non-elderly poor, except that there’s no requirement to look for work.  In Australia, Social Security benefits have a more gradual phase-out, and workers generally have the expectation (in part because the “provident fund” system, a requirement that employers contribute 9% of pay — increasing to 13% of pay over the next couple years — is relatively new and account balances are low) that they will spend down their account balances in the early years of their retirement and go on Social Security when their funds are exhausted.

Other countries, most significantly some former Warsaw Pact countries, follow a “World Bank” model.  Employer and employee are required to contribute a fixed sum of money to retirement savings.  Part of this is just on paper, with the money going to a pay-as-you-go system in which the “accounts” grow based on some declared interest rate each year and are converted to annuities at retirement based on longevity factors at the time of retirement.  This is just another sort of Social Security system, but one that, hopefully, responds better to changes in economic and demographic conditions than “80% of pay for life” as many of the old systems had.  But the other part is contributions to real, funded, private accounts — though many of these systems are struggling to pay the existing obligations and keep tweaking the portion of the contributions that go to pay-as-you-go accruals vs. funded accounts.

At any rate, in this sort of system, there’s generally a minimum benefit provision, which stipulates that the government will top up benefits as needed to get you to a minimum level, such as minimum wage.

Which means that implementing a “blind” X% of pay mandatory contribution really would need to be paired with a bigger reform in our Social Security system.  Outside of this, auto-enrollment is probably the better option, along with greater awareness of the drop-off in Social Security income as a percentage of wages as those wages grow.

It does not make sense to mandate a contribution for people whose income is so low that they are already dependent on government benefits, or for whom pulling an extra 5% out of their paycheck would push them into financial distress.  It does not make sense for the government to subsidize the poor with extra funds in their savings accounts, when neither the government nor the poor themselves know whether, at the time of retirement, those individuals will be poor any longer — far better to simply provide sufficient minimum-level benefits at retirement.  (If nothing else, consider those “poor” who are college students working a part-time job — should the taxpayer be kicking cash into their retirement accounts?)

And it also does no good to base retirement savings requirements off a model that presumes you’ll need a fixed percentage of your pre-retirement income, adjusted for inflation, for the rest of your life.  Living expenses do decline significantly for the very old, except for medical costs.  And, for the very old, I don’t think Medicare + supplemental insurance should be requiring significant cost-sharing (deductibles, etc.) because the very old are generally not in a position to be the sophisticated decision-makers high-deductible plans want us to be.  (Brand-name or generic drug?  my dad can barely keep track of the medications in the first place, let alone assess what the right ones should be.  The very old need to be in well-run HMO-type plans where the doctor makes that choice based on cost, effectiveness, side effects and so on.)

But, that being said, we do need to do something.  We are reaching uncharted territory, as most middle-class retirees and near-retirees have Defined Benefit pensions from their employers.  Even though DB pensions have virtually disappeared in the private sector, these plans were generally grandfathered to provide near-retirees with continued accrual, and, even in those cases where the plans were frozen, existing accruals are protected by law.  We have not yet reached that point where the large majority of retirees do not have pension benefits.  To wait until that happens will be too late.

And it’s not just a matter of retirees being unhappy with their lot.  It’s a matter of increased burdens on taxpayers, and not just through more food stamp recipients than otherwise, for instance, and other burdens on programs directly targeting the very poor.  There are also plenty of benefits out there for moderate-income seniors — for instance, around here, a senior can have income of up to $50,000 and still qualify for a assessment freeze for their property taxes — and one can well imagine that there will be a push for more such benefits over time as well.

April 15, 2014 Parking a link: Iranian pro-natalism
Recent Comments
0 | Leave a Comment
"I attended a meeting last night for Girl Scout leaders in my area. There were ..."
Ruth Curcuru RIP, volunteerism
"I was a treasurer for a not-for-profit and got “dethroned” in a similar way. However, ..."
Jim Dailey RIP, volunteerism
"I have found that unless people were consistently voluntold to help out when they're young, ..."
Ame RIP, volunteerism
"Just wanted you to know that I have loved reading your articles!"
littlecanary New Job! A few personal updates
Browse Our Archives
Related posts from Jane the Actuary 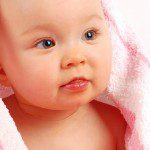 Catholic
Can you self-insure Family Leave?
Jane the Actuary
TRENDING AT PATHEOS Catholic