From Tough Choices (FYI: written in 2006, well before HRC’s Hard Choices), chronicling an experience as a rising manager at AT&T in her early 30s.  It’s a long excerpt (and from the library copy, not just copy/pasted from an electronic version) but interesting as a tidbit about Fiorina and for its own sake.

Our relationship with Italtel [a joint venture partner in Italy] and their parent, STET, had reached an impasse.  We were trying to negotiate a change in our respective ownership positions, and we were deadlocked.  Our day-to-day operating relationships were becoming frayed as a result, hurting our collective efforts in the marketplace.  I was asked to take over the negotiations.  I had lived in Italy and spoke Italian; what had been a lark then became an important asset.

I knew that Italians, like many people, place high value on protocol.  I was more junior than the executives I would be negotiating with, both in title and in age.  Although I certainly could have demanded that they travel to the United States, given our ownership position, it would have been disrespectful.  I would go to them, and they would set the agenda for how we would proceed through negotiations.  I asked them to send me their proposed agenda in advance of my trip so that I could be adequately prepared.

The agenda I received was meticulous in its allocation of time.  When we would start, when we would take a break and when we would conclude our discussions were all alid out for each of two days.  The food at each break and meal was detailed in a complete menu.  I knew in advance what we would be having at each coffee break, the wine we would be drinking at lunch and the sauce that would accompany the pasta.  Left out completely was the substance of what we would discuss  This same pattern would be repeated for six months.  I would ask for an agenda in advance, and I would receive a timetable and a complete menu — and nothing more.  At first  I thought Id failed to communicate.  Later I thought it was a negotiating tactic.  Finally, I came to understand that for these Italians, productive discussions required personal relationships.  Personal relationships took time to develop and were built while eating and drinking around a table together.  After quite a lot of time together, and a great deal of fabulous Italian food and wine, we had made substantial progress and had agreed upon a change in our ownership positions.

STET was the government entity that owned the Italian telephone companies as well as Italtel.  As such, our negotiations encompassed network services and systems issues.  From my perspective, this meant that both AT&T Long Lines and Network Systems had interests in these discussions, so I was representing both of them.  When I wasn’t negotiating in Italy, I was negotiating in New Jersey, trying to find a solution that would satisfy all parties.  We had achieved this accord, but now an executive vice president from Long Lines decided to come to Rome to solidify his part of the deal we’d reached.

His first mistake was to pick a date that was convenient for him because it occurred in the middle of an already planned visit to Europe  Unfortunately, it coincided with one of the many national holidays in Italy.  When our STET counterparts objected to the date, the EVP’s staff sent word back that this was a crucial meeting and the only time possible.  The Italians canceled their holiday out of respect for this executive vice president — whom they had never met.  When he arrived, he brought with him some staff memebers he hadn’t warned them about.  This was his second mistake.

We sat at a square table in a conference room.  The AT&T executive sat opposite the Italians.  He said STET was an important partner, and he appreciated the meeting.  I believe he sincerely meant it, but from the Italians’ point of view, everything he did contradicted those words.  He read from a set of notes.  He rarely made eye contact.  He didn’t engage in social chitchat.  He talked a great deal about the purpose of his broader trip and the relationships he was crafting with other partners.  When an hour had passed, he indicated that the meeting was over.  He said he had no time to join his STET counterpart out on the terrace to enjoy the view of Rome and the Vatican along with a glass of wine.  And this last mistake only added to the disastrous nature of the meeting he had just conducted.  It wasn’t the substance of what he’d said that was the problem.  It was how he’d said it, how he’d behaved, and how he’d treated them.

When the executive and his entourage had departed, the Italians exploded.  I had never seen them angry like this before.  I tried in vain to calm them down and focus them on the substance of his words, but they were insulted in the extreme.  All the progress we had worked so hard to achieve vanished.  They declared that they could not do business with a company that behaved int his way, and they would have to “reconsider” our agreements.  We spent many more months trying to regain lost ground; but it was never the same again, and the agreement we’d had eluded us.  The agreement we eventually achieved was less advantageous to AT&T, and we’d lost a lot of time.  (p. 94 – 95)

Now, I’ve read before that in Asia (e.g., Japan, Korea) personal relationships are key, but when I shared this story with my husband, he said that in his experience (and he’s gaining a lot of experience lately in global business) it’s the U.S. that’s the outlier, not Asia.

August 17, 2015
Still not learning the lesson: Pension Spiking
Next Post 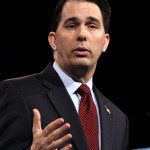 Catholic
ACB, the ACA, and Constitutionalism
Jane the Actuary