Chaos in Hungary / Endgame in Syria?

Chaos in Hungary / Endgame in Syria? September 3, 2015 Jane the Actuary

Patheos Explore the world's faith through different perspectives on religion and spirituality! Patheos has the views of the prevalent religions and spiritualities of the world.
Every day, a new report.

Today, the featured article link on Drudge:  “Shocking moment desperate father throws himself, his wife and baby onto rail tracks in Hungary after realising their ‘train to Austria’ is actually taking them to a refugee camp,” a photo-heavy article in the Daily Mail on the situation in Hungary, as the country tries to cope with the hordes of refugees/migrants attempting to move through the country to seek asylum in (prosperous) Germany.  The photographs (this is the Daily Mail, after all) are shocking, though the question remains:  to what extent is the desperation to get into Germany a matter of the need to escape threats vs. seeking economic prosperity?

In Calais, would-be migrants attempting to enter England by means of the Chunnel left passengers trapped on the train as they stormed onto the roof of the train, per another Daily Mail report.  As the BBC reports, some migrants have no chance at succeeding in an asylum claim but simply want to work illegally; others think they have a better chance of receiving asylum in the UK than elsewhere; all are drawn by a perceived better economy and the ability to use whatever English they know.

The other day, I posted onto Facebook  an article on the situation in Germany, “As asylum-seekers flood in, Germany struggles to house them,” which reported that an expected 800,000 refugee-migrants are expected to make their way into Germany — and they’re not all from Syria or Iraq.  Here are last year’s statistics, for a much smaller number of asylum-seekers:

Surprised to see the former Yugoslavian countries be so prominent?  Yeah, so was I.  But as it turns out, they’re being denied refugee status; here are the statistics for decisions made in 2014:

In the meantime, Iceland has made its way into the news, for a popular wave of support for bringing in refugees, with a Facebook campaign calling for the government, which had planned to take in 50 Syrian refugees, to accept 5,000 instead.  The New York Times reports,

The group said some of its members have offered to open their houses to migrants and others have volunteered to donate money, clothes, furniture and other items, or to help the new arrivals assimilate.

The Facebook page also said: “Refugees are our future spouses, best friends, our next soul mate, the drummer in our children’s band, our next colleague, Miss Iceland 2022, the carpenter who finally fixes our bathroom, the chef in the cafeteria, the fireman, the hacker and the television host. People who we’ll never be able to say to: ‘Your life is worth less than mine.’

But here’s what troubles me:

What is the endgame in Syria, and in Iraq?  Do we concede that ISIS wins, and takes control of Syria and Iraq, and the best we can do is resettle people out of these hellholes to build lives elsewhere, to leave those countries with such true believers as wish to stay and those individuals who are enslaved/imprisoned there?

We can list plenty of occasions when that’s been the case.  Consider the Armenians, who, if they survived the Genocide, knew that their homeland was lost to them.  It was clear that they needed to resettle elsewhere permanently, not simply as a short-term means of seeking safety.  Or the ethnic Germans, expelled from their homes in Czechoslovakia, Yugoslavia and elsewhere in Eastern Europe, as well as their former territory in that part of Germany given to the Poles — there was no going back, and the world, in the form of the Allies at Potsdam, agreed to it; these people were temporarily housed in refugee camps, but it was clear that this was a temporary situation prior to resettling them in Germany proper, or in America.

In other cases, one’s refugee-ness is supposed to be temporary.  Is it ever really so?  Writing here at my desk for a few minutes before I start work, I don’t have the ability to dig into this, and to answer the question that I’m asking myself:  other than for a natural disaster, has there ever been a situation, one of those perpetual wars in Africa, for instance, where people have returned home from refugee camps because the crisis was resolved, and their home country became peaceful again?

So far as I can tell, there is no limit to the number of people wanting to come to Europe from Syria, and the statements by Merkel and others seeming to welcome anyone who arrives (sorry, I can’t find a quote now) will only accelerate the trend.  So what then?  If the cause is lost, the just thing to do is resettle them all.  If we believe, on the other hand, that ISIS will either be defeated or implode (the latter seems a bit of wishful thinking, but it’s been claimed),  then shouldn’t the aim be to provide a suitable and humane temporary living situation — perhaps not my admittedly-outlandish suggestion from earlier that Germany outsource the whole refugee bit to Egypt, contracting out the housing and feeding, but nonetheless a focus on keeping the Syrians, well, Syrian, and able to return home?

It occurs to me that there’s another angle:  men are fleeing to avoid being conscripted, and it’s reasonable to say that they don’t want to fight for Assad.  But isn’t it reasonable that, with all due understanding to the issue of “what rebel group is the true Moderates”, Syrians, at least able-bodied Syrian men, should be expected to fight for their country, rather than simply relocate, and leave those that remain to their fate?  Where does “refugee” end and “resistance fighter” begin?

The newly anointed Poster Child for the Syrian refugee crisis, a boy who drown while his family was trying to escape?  They weren’t escaping Syria.  They were escaping Turkey (see this article in The Guardian and this one in the Washington Post).  Now, their specific situation in Turkey is unclear — were they in a refugee camp?  There’s some mention of paying rent, as if they had settled in a Turkish town, and a statement that the UN was unwilling to classify them as refugees.  Which again raises the question:  does the West have an obligation specifically to resettle refugees, or simply keep them protected, even if in camps?  And if those refugees reject a camp, what then? 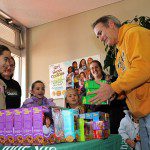 September 3, 2015 The High-Quality Child Care Tax Credit: Because, apparently, the US is rolling in money
Recent Comments
0 | Leave a Comment
"Thank you!"
Jane the Actuary Santorini (a vacation sewing project)
"It is lovely and looks almost like a watercolor. Oia is such a pretty town ..."
Bemused Santorini (a vacation sewing project)
"I'm not a fan of Cupic but his explanation does seem reasonable to me. Even ..."
Mike Petrik Three Cardinal Cupich Updates That Make ..."
"Do Jews need to accept Christ as their saviour or not?"
The original Mr. X Is the cruelty the point? Cardinal ..."
Browse Our Archives
get the latest updates from
Jane the Actuary
and the Patheos
Catholic
Channel
POPULAR AT PATHEOS Catholic
1

On the Patriot Front's Appearance at...
Steel Magnificat
Related posts from Jane the Actuary 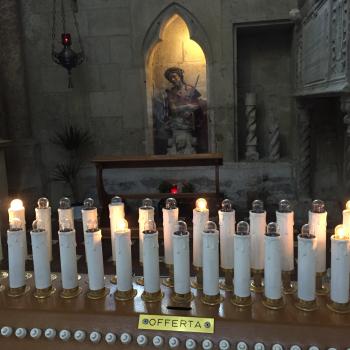 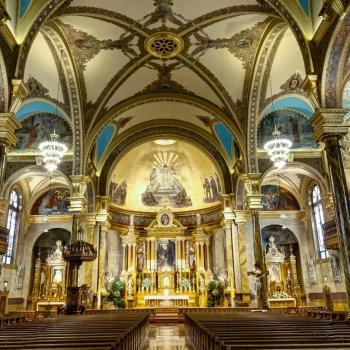